Skrillex may be up to something big. Throughout his constant touring, he always manages to get a good amount of time in the studio, allowing him to expand his already-impressive arsenal of major, potentially award-winning tracks. His newest tease came about a month ago, when Skrillex sat down with Billboard and revealed he was in the studio with Bruno Mars. And after over a month of waiting, the track has yet to see the light of day. However, longtime friend and mentor to Skrillex, 12th Planet, may have just confirmed the track will be out soon, with a now-deleted tweet posted a few days ago. 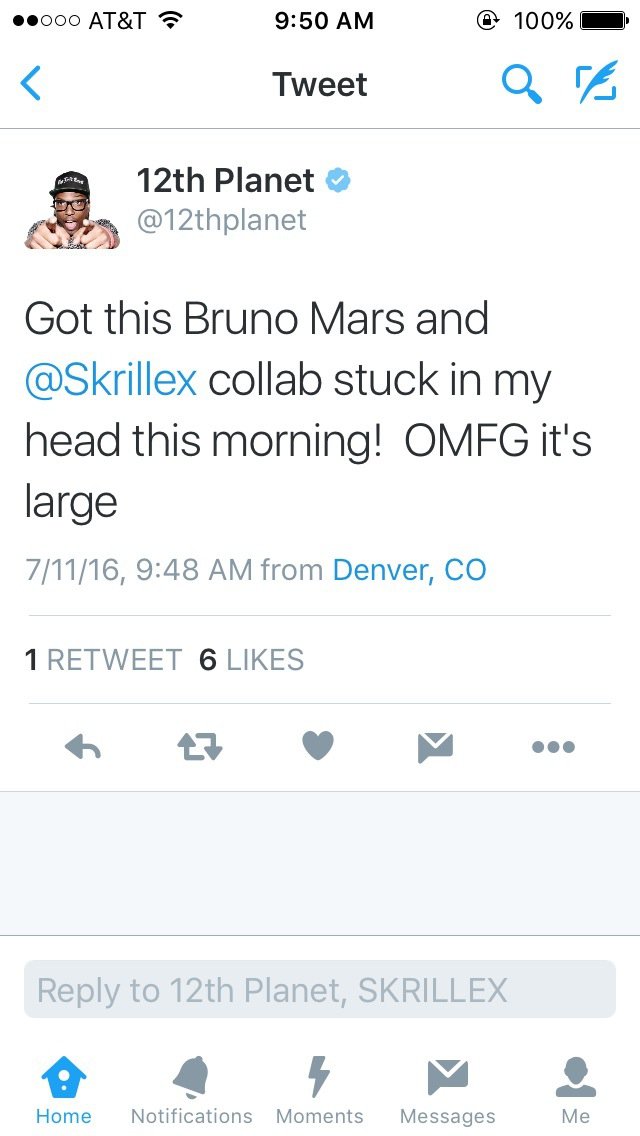 While there’s no exact information regarding release or a title, it’s fair to assume the track is now finished and out for listening to close friends. And with the track out and about, it’s also pretty reasonable to assume that the track will be released soon. Stay tuned for more updates!