It’s no surprise that boats and music make a winning combination. With the success of cruises such as Holy Ship and Mad Decent Boat Party, having some DJs spin on a boat is ideal. Fans get to be up close and personal with the DJs and you’re out on the open ocean dancing the night away. It’s a win-win for everyone.

A group of promoters in the Boston area recently took the boat party idea to a new level in the form of a more intimate voyage, dubbed the Boat Cruise Summer Series. The show took place on a boat as it sailed around the Boston Harbor for a few hours while the audience danced underneath the stars to some incredible DJs. The event is thrown almost every weekend during the summer here in Boston, hosting DJs such as Tchami, EDX, Knife Party, Mercer and many more. I was fortunate enough to catch EDX’s set this past weekend. 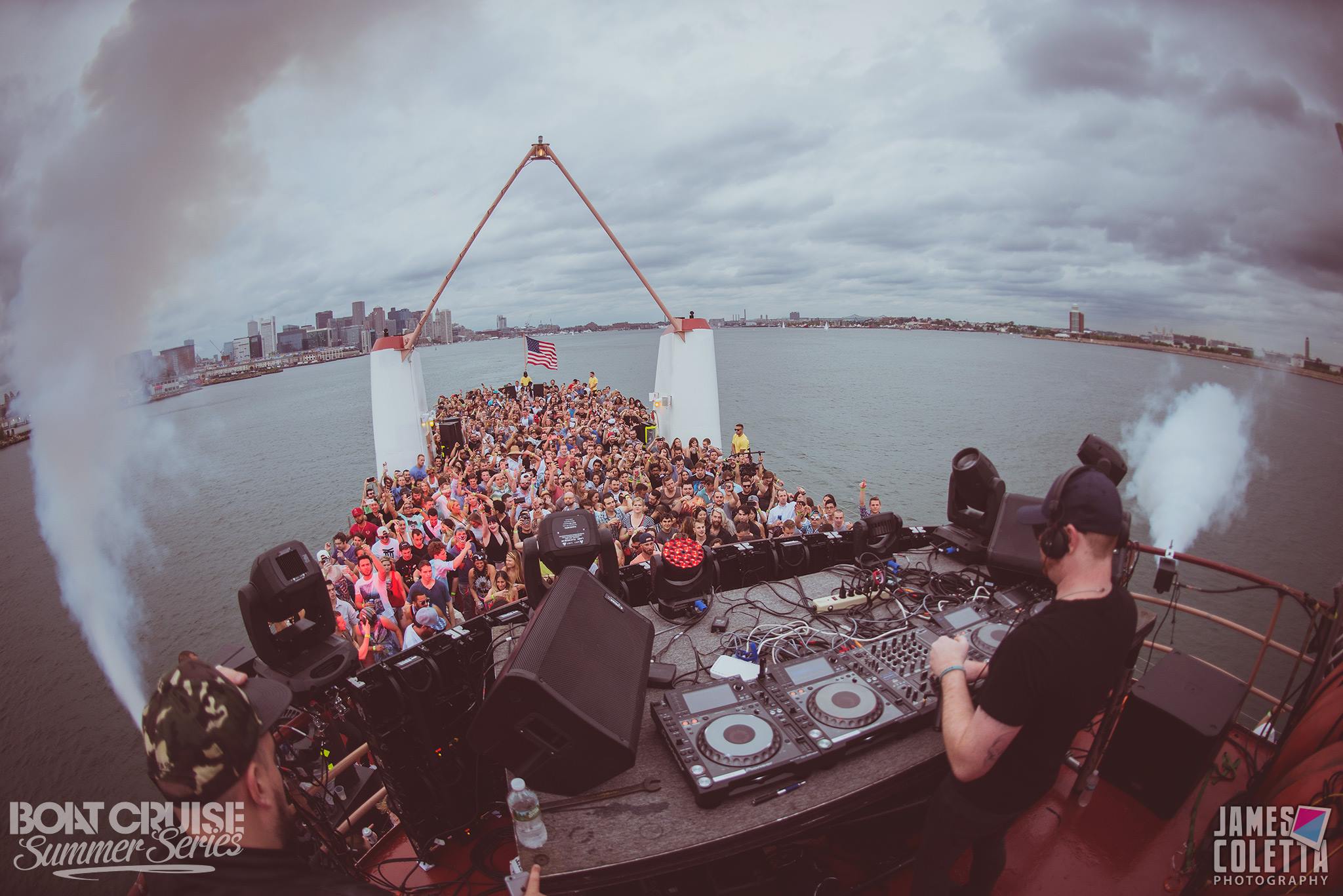 EDX played the classics, his remix of “Show Me Love,” “Roadkill,” and one of my favorites, “Missing,” among countless others. The song I was most excited to hear was EDX’s new track that came out this Monday through Enormous Tunes called “Touch Her, Feel Her.” EDX’s percussive, driving bass lines were perfect as the boat cruised around the Boston Harbor. The promoters over at Boat Cruise Summer Series definitely know how to throw a good party and allow the attendees to have a great time. They have some really big names coming on the boat in the near future, ones that you definitely won’t want to miss.

If you are interested in attending a future event, you can check out their website here, or take a look below for upcoming shows: