The well know music and arts festival Burning Man is disputing a whopping $2.8 million bill issued to them by the Bureau of Land Management after last year’s annual event. The event is hosted annually on the Black Rock Desert, a national conservation area in Nevada. Burning Man is disputing the charge on the grounds that BLM has failed to give an explanation of the charges on the hefty bill. “If they can’t explain all of it, than we’re asking for all of it back,” said Ray Allen, the San Francisco-based Burning Man organization’s lawyer.

The 9-day event has been held in Nevada since 1990 and is now drawing tens of thousands of people out in the middle of the desert to enjoy community, art, and music. The 2015 event created an estimated $30 million in revenues. Considering how high caliber the event is, the permit required for Burning Man by BLM is a very unique one.  The permitting works by Burning Man paying an agreed upon estimate to BLM before the event and receives a bill several months later, after the event space has been thoroughly inspected by BLM.

Although BLM declined to comment on the cost of 2015’s event, they issued a formal response that stated the Burning Man organizers were given a very detailed summary of costs and detailed receipts and that the “(f)ederal government agencies are obligated to recover the full cost of providing a special benefit…” 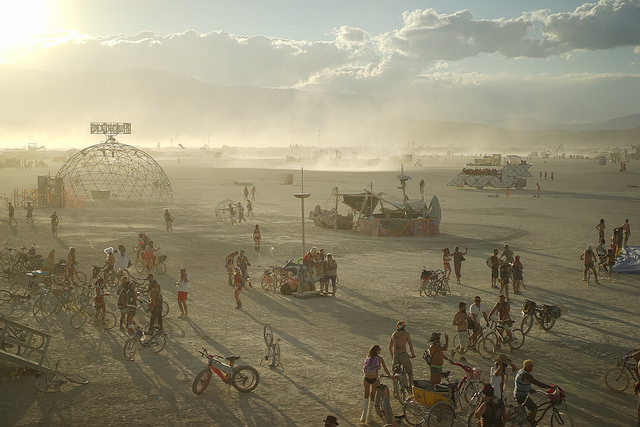 It seems that the bulk of the dispute on Burning Man’s end is that BLM constantly over staffs the events. Burning man brings out countless volunteers to ensure the safety and protection of the festival goers. However, BLM hired 84 law enforcement officers for the event, a number entirely decided upon by BLM. Allen says he has been dealing with BLM’s hiking prices since 2011 when their permit cost just $730,000.

Despite Burning Man’s argument against the large bill for 2015’s event, Allen says planning for 2016’s event is going over smoothly. This could be because of new leadership over at BLM. The new state director for BLM says that the numbers of BLM staff are expected to go down for 2016’s event because of improved communication between Burning Man and BLM. Allen says, “We want to work collaboratively with the system. New BLM leadership will help us long term. We just need to get over this speed bump. We want the policies clarified moving forward.”