Insomniac’s Dreamstate has been making some serious expansions this year, introducing an east-coast counterpart to the wildly successful festival in Southern California last year, in addition to hosting stages at several renowned festivals like EDC. The festival will be returning to SoCal this year on November 25-26, with Insomniac promising a bigger and better festival. And it seems like they delivered, as they have just announced a massive lineup that features some of the best names from every sub-genre of trance.

A fair number of artists have been brought back from last year’s lineup, including Jordan Suckley, Aly & Fila, John O’Callaghan, and Rank1. Luckily for fans, Paul Van Dyk is also listed on the bill again, as he made his long awaited return to the stage just last month after suffering severe injuries from a fall sustained at ASOT750 earlier this year. However, the lineup nearly tripled in size, meaning a whole slew of new names will grace the three stages Dreamstate has planned out. Acts like Andrew Rayel, Infected Mushroom, and Gareth Emery are all slated to perform, meaning Dreamstate SoCal 2016 will undoubtedly be one for the books.

Tickets go on sale tomorrow at 12:00 PM PST at the official Dreamstate website, which can be found HERE. Check out the full lineup below! 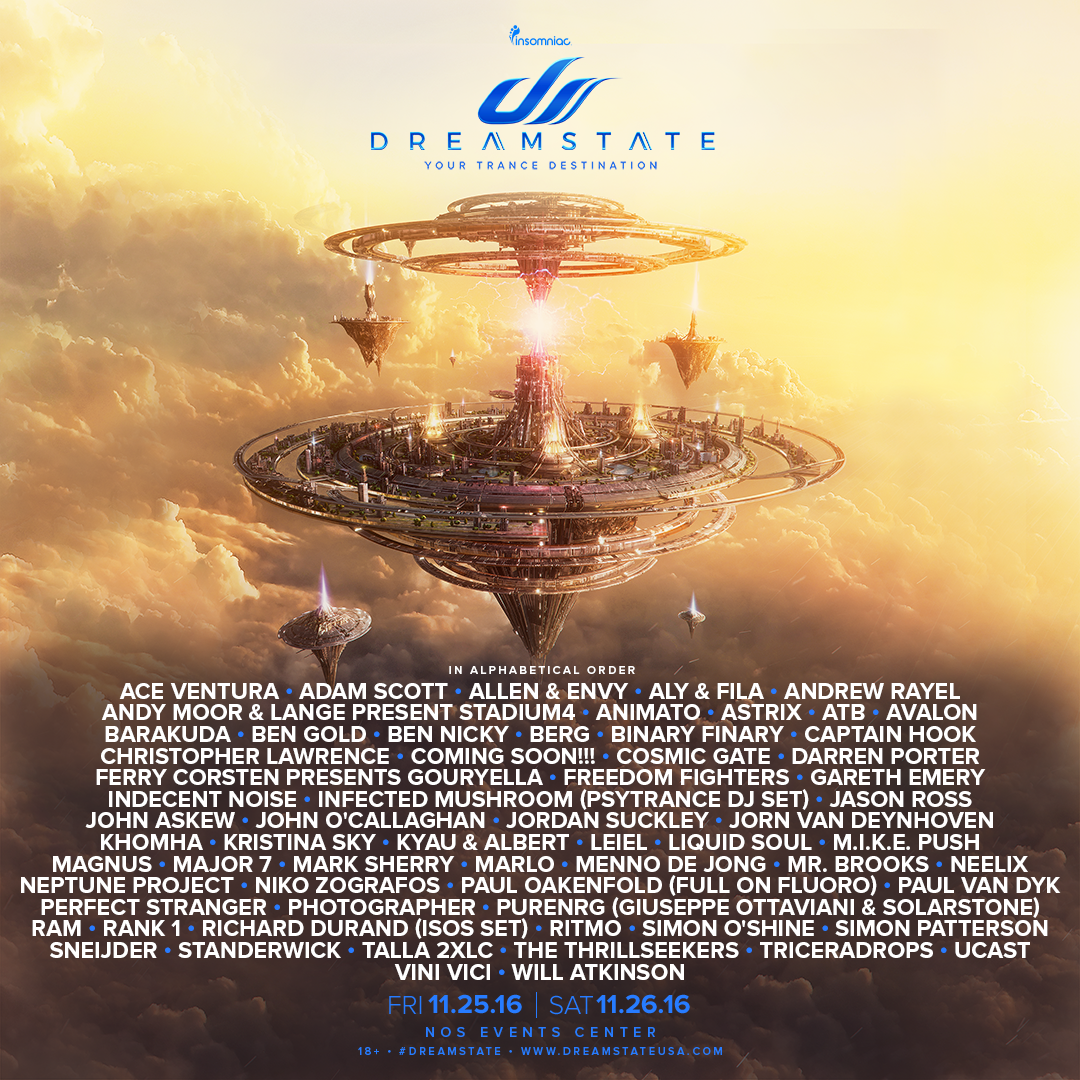