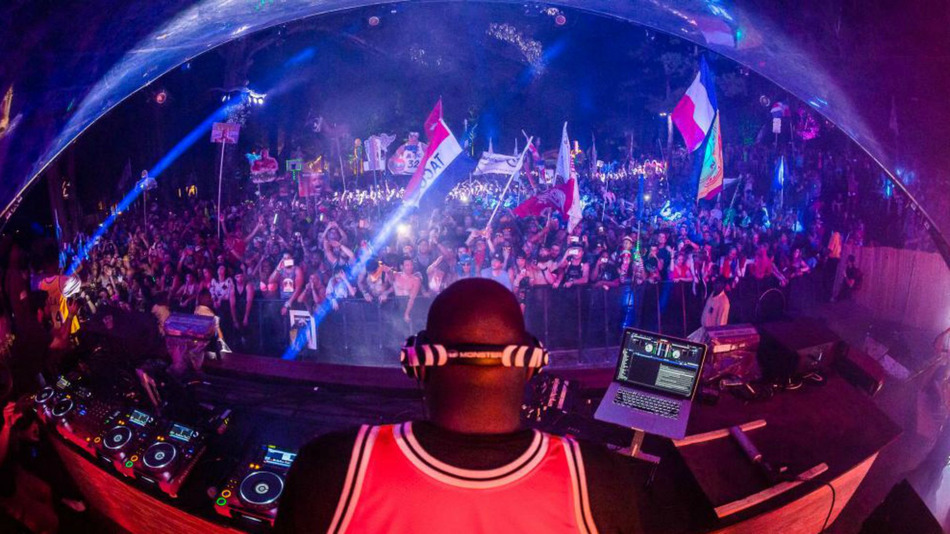 Watch Shaq Throw Down To Flosstradamus While DJing [VIDEO]

Celebrities-turned-DJs are nothing new in the community. From Paris Hilton to the human Barbie to Kylie Jenner, the wave of dance music popularity has, for a long while, been sweeping over the realm of public figures who’ve decide to explore a new (and unrelated) avenue for themselves. There’s one that I simply can’t get over though: Shaq. Yes, it’s another non-musician, and yes, I’m sure his mixing talents and song selections aren’t anything revolutionary, but it’s literally Shaquille O’Neal.

Seeing him tower over the DJ booth as he plays out a hard mixture of trap, hip hop and house is one of the most spectacular things I could hope to witness. The image is only made better when it turns out that he’s a huge Flosstradamus fan.

In a video posted to the trap duo’s Facebook page on Tuesday, Shaq can be seen playing out “Prison Riot” to an enormous crowd. Shaq throws down behind the decks as the crowd sticks their middle fingers up in support.

Check out the hilarious and awesome clip below, and scroll further down to check out the entirety of the track in question.