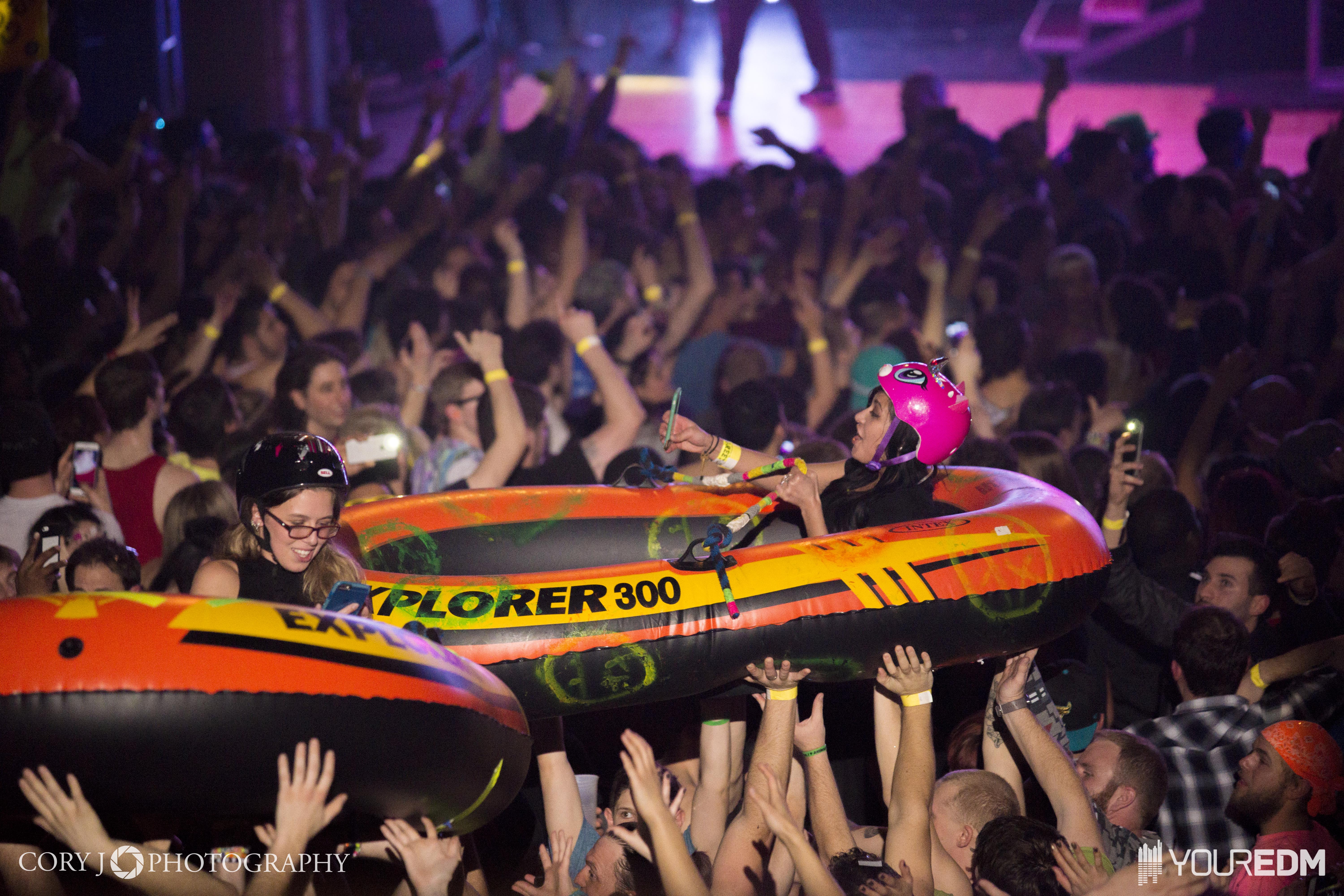 A lawsuit was filed against Steve Aoki back in May of 2015 by Brittany Hickman, an attendee of Aoki’s show at San Diego’s Hard Rock venue in 2012 who claimed her neck was broken when he performed a stage dive.

In a video taken of the event, Aoki can be seen climbing a 20-foot tall scaffolding before jumping onto an inflatable raft in the crowd. Hickman claims she went unconscious after the impact and awoke to a worker bandaging her foot. She was told my doctors that she had broken her neck several days after the event, she said.

“I came to when one of the people who was working for the Hard Rock was wrapping up my ankle.”

Now, Hickman has extended her lawsuit to the Hard Rock venue itself, claiming that it should have known Aoki would stage dive and taken the proper steps needed to ensure the audience’s safety. She has implored a jury to determine the Hard Rock’s liability in paying for her future medical costs.

A rep for Steve Aoki provided us with this statement, “Steve would never want anyone to get hurt at one of his shows and is sorry Ms. Hickman did.  After they reached a confidential settlement, they had the chance to speak where Steve got the chance to apologize and bring closure to both parties.”