Amid a string of lawsuits and stirring the Wu-Tang pot, Martin Shkreli, the CEO of Turing Pharmaceuticals, has teased plans of releasing an album of his own. He’s since deleted the tweets, but thanks to Fact Mag, we have some screen captures to confirm his late night spewing.

Shkreli begins the rant at 3:12 a.m. on a Saturday night/Sunday morning, so the legitimacy of his announcement is absolutely in question, but the idea of “i aint dindu nuffin” by Martin Shkreli has a certain cringy appeal to it. Meanwhile, “what dat mouf do” is supposedly a “club banger.” 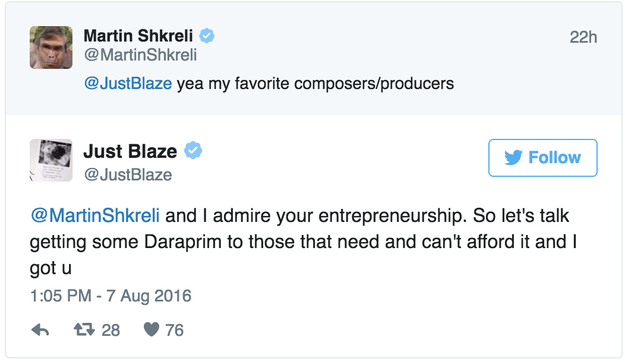