by Cody Smith
in EDM News, For the lulz

The Toronto Rave Community is one of the biggest rave communities on Facebook, and deadmau5, the city’s most treasured dance export, semi-regularly posts on the group with his personal Facebook account. After playing a private house party in Toronto this past weekend, deadmau5 posted on the group to thank everyone for attending. But, the post didn’t simply end there. 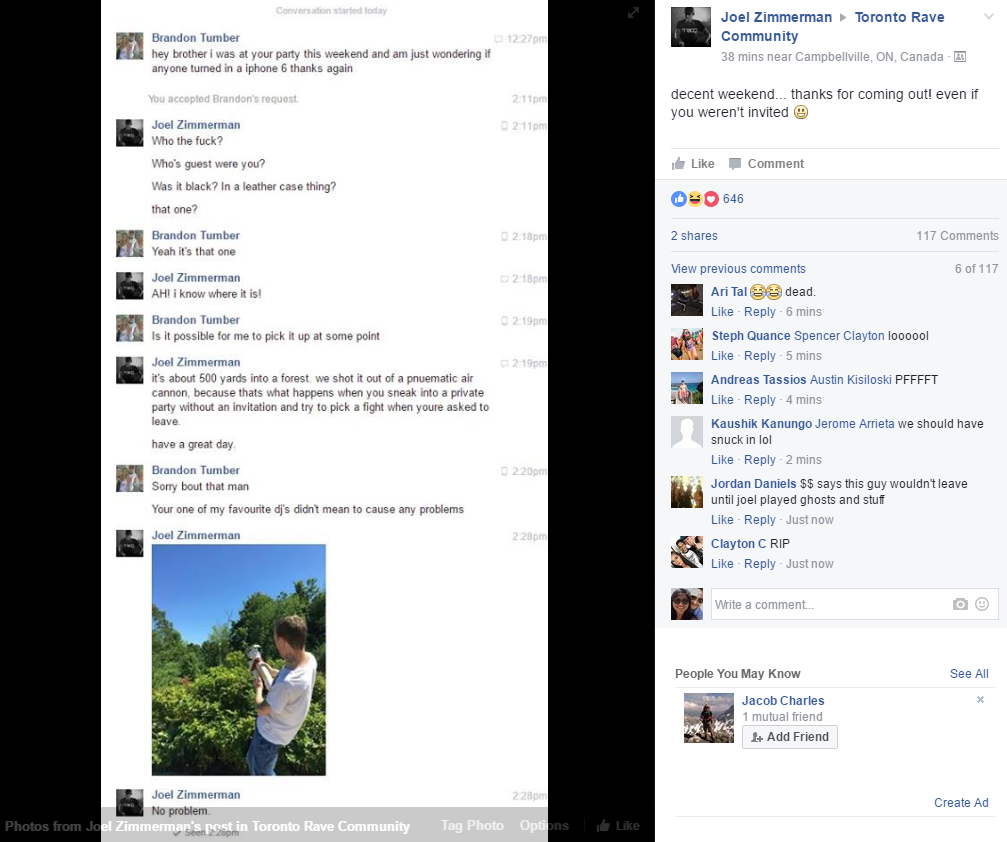 In his true trolling fashion, deadmau5 accompanied his post with a screenshot of a Facebook chat he had with an individual who trespassed onto the house and snuck into the party. The trespasser asked him if anyone had turned in an iPhone, and deadmau5 replied by sending the trespasser a screenshot of him shooting the phone out of a pneumatic air cannon into a nearby forest. According to deadmau5’s additional comments on the post, the trespasser got belligerently drunk and began picking fights with guests, even trying to fight a Halton (a regional muncipality of Ontario) Regional Police Officer. The trespasser eventually apologized for his behavior in a reply to one of deadmau5’s comments, and deadmau5 congratulated him for owning up to his poor behavior and even apologized for launching his phone…but did clarify that “it was kind of funny.” 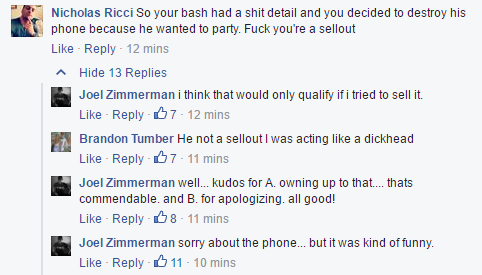