by Timmy Kusnierek
in Featured

As promises of the Playa draw near, and the creative oasis known as Burning Man looms a mere week away, the world is getting hyped for another year of surreal happenings and installations. One such project has caught the attention of many, and has caused more than a couple upsets during its transport to the site of Black Rock City.

A Boeing 747 has been converted into an upscale lounge, weighing in at over 15 tons and boasting enough sultry light fixtures to make even the Jetsons moisten their loins. The 75 foot-long beast of an installation has a set-up and tear-down cost reaching well into the thousands, and part of that is due to the need to shut down roads to transport the thing. This year’s Burners are in for an absolute treat, and we can’t wait to see this piece in action. 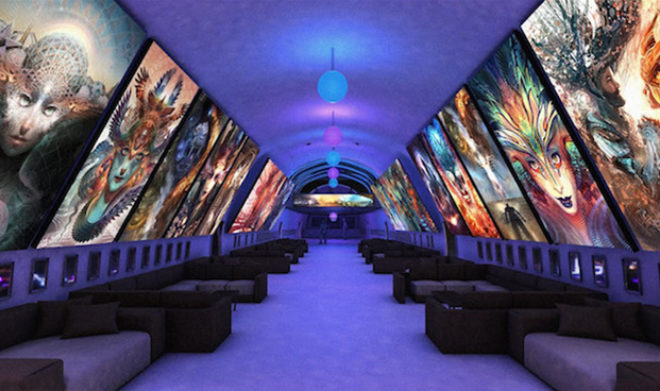 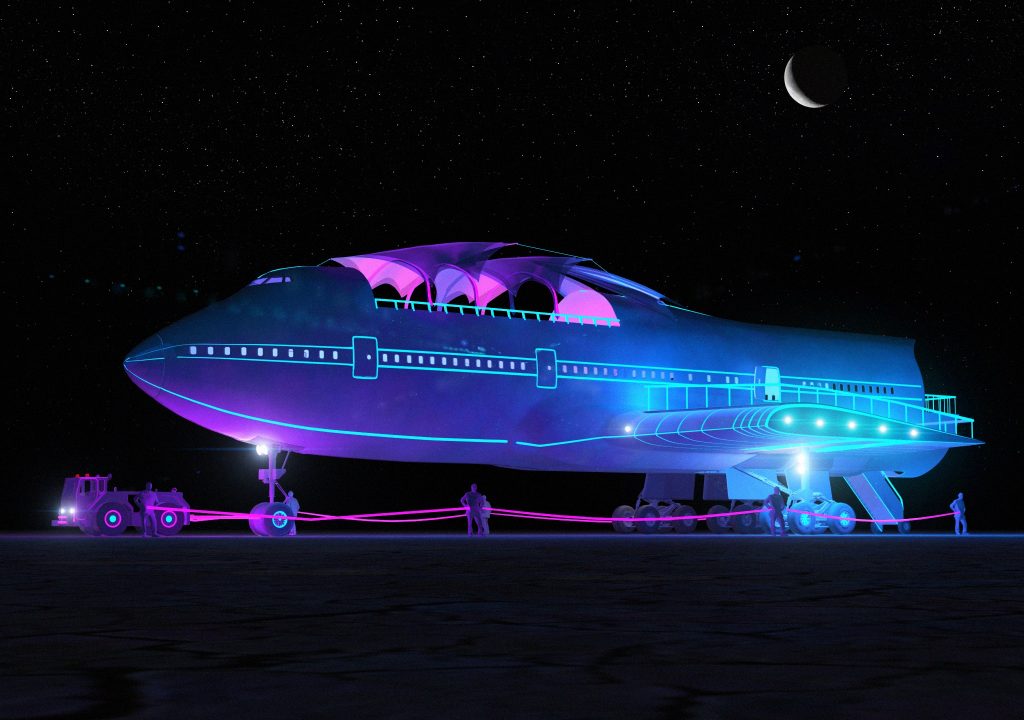