Apple is expected to reveal the design for the iPhone 7 in San Francisco on Wednesday, September 7, but real Apple fanatics are already frothing at this supposed leak of an iPhone 7 spec sheet. Right at the top in big font is “256 GB,” which would be a massive storage capacity upgrade from the current iPhone 6 which maxes out at  128 GB.

Read down a little further, though, and we see what seems to confirm whether or not the iPhone 7 will have a standard 3.5mm headphone jack. In the list of included items in the box, it reads:

So there you have it. If this spec sheet is to be believed (its authenticity has not been confirmed), then the iPhone 7 truly is ridding itself of the headphone jack. Or at least the iPhone 7 Plus is. 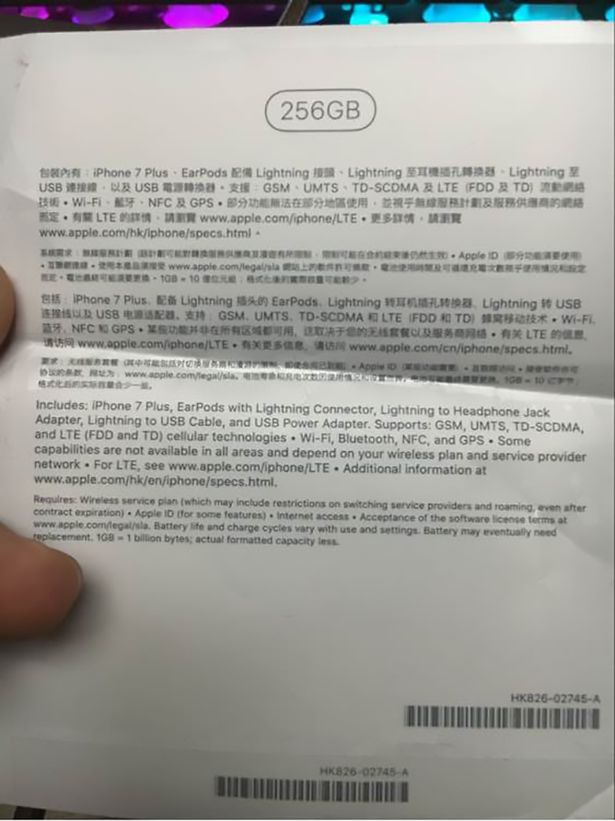