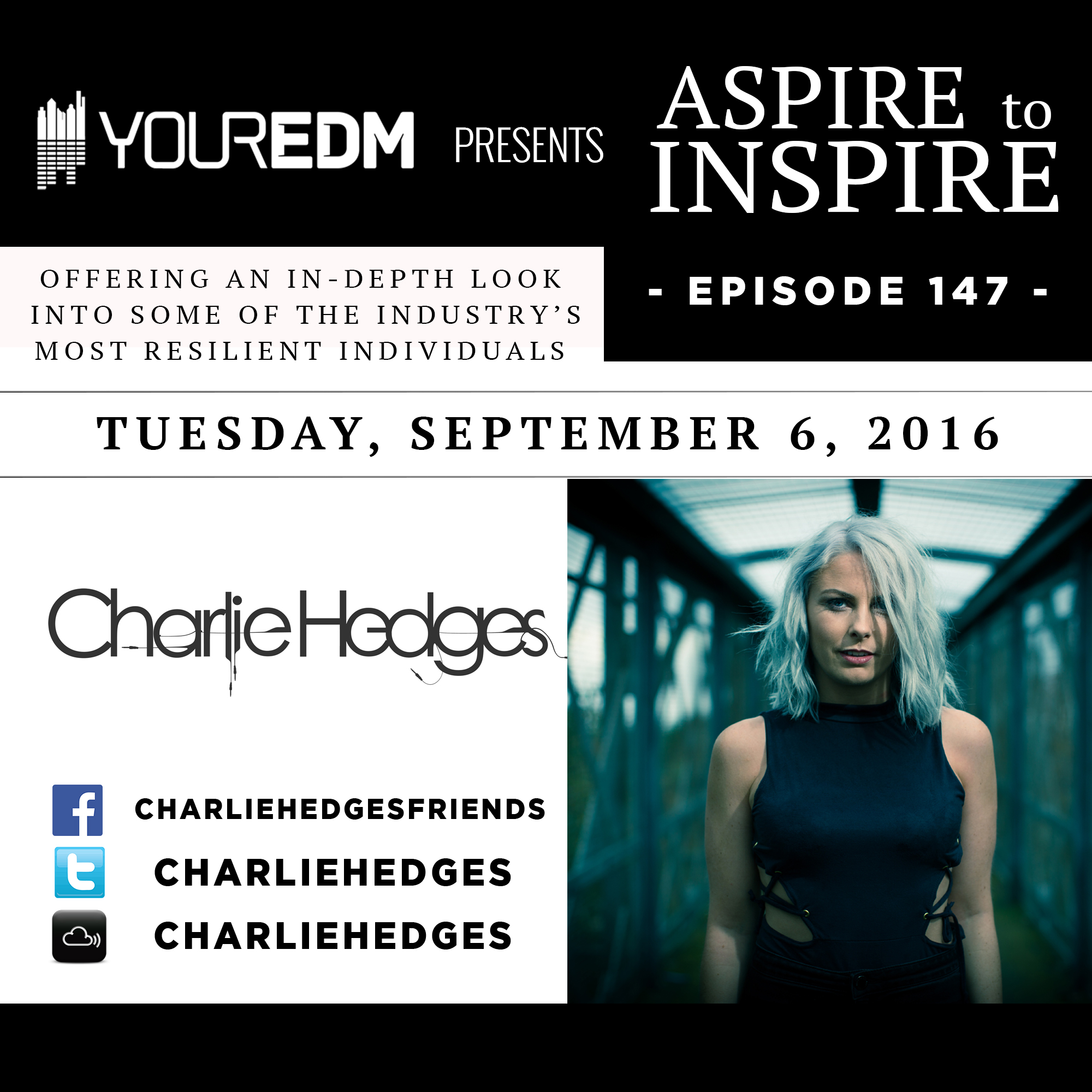 There is an old saying where if something isn’t difficult, it isn’t being done right. Achieving our dreams never comes easy. If they were, dreams wouldn’t be so far-fetched that we referred to them as such. For Charlie Hedges, the idea of hard work and constantly having to push for what she wanted never phased her. Growing up in a household that attended many concerts and constantly had music in the background, it was only a matter of time before she expressed some sort of interest in the arts.

“I remember looking up at one of the stages at a radio festival when I was a kid and telling [my parents] ‘I want to be that person up there one day.’ I am so, so fortunate to have traveled the path that I have, and now I really am that person that I once saw as a child living my ultimate dream.”

Charlie wasted no time getting herself out there and into the workforce. At the young and brave age of 13, she began her first job freelancing for a magazine. After coming across an advertisement for an opening at a music-related publication, she jumped at the opportunity. Although she only started as a runner, she quickly climbed the ranks and found herself sitting down for interviews and becoming a major part of the process.

Before she knew it, all of the school lunch breaks spent getting in touch with celebrities and musicians, and time spent pushing to get her work published began to pay off both professionally and personally. Thirteen-year-old Charlie found a way to make people see her abilities beyond her age, which was a major confidence boost. Not only did her perseverance earn her a bigger position down the line, but she began to truly believe in herself as well.

“Eventually, this resulted in me interviewing a DJ that was on the radio station that I now present on. By keeping in touch with the DJs throughout school, I was asked to be a tea girl/runner on the breakfast show too. I started university to study for a BA in Journalism, whilst also being a runner on the show. I’d get to the radio station at about 4:30am, work on the show until 9am, and then drive to uni to study – I did this for three years, every day. I used any spare time to teach myself to DJ. I would stay behind and record my sets, take them home and listen to them, and then go back and do the mixes again until I was happy with them. Since then I’ve released my own music, toured the UK, played with Carl Cox in Ibiza… it’s funny to think that it all came from that one phone call to the magazine when I was 13!”

Of course striving for success doesn’t come without some sort of difficulty. In Charlie’s case, it was a matter of people judging her and her talent before they even heard her play. As a radio DJ, many had the preconceived notion that all she was interested in playing was the commercial house hits, and not delving into the realms of deep or tech house at all.

This resulted in Charlie hearing the word “no” a lot. But instead of being defeated by rejection, she turned it into something that made her smarter and more strategic.

“I’ve had so many people just straight-up say ‘no’ to me – whether that’s to playing certain gigs or events, or in meetings with various people. However, the most important thing I’ve taken from all of these people saying ‘no’ is that it was a ‘no’ for a reason. Maybe I wasn’t meant to work with them or down the line it could have been a bad move for me. You’ve got to believe that everything happens for a reason and when it comes to my career, I always work out a way to turn a ‘no’ into a ‘yes’.”

One change that Charlie would like to see in the world is how people receive the word no and respond to rejection pertaining to their careers. For her, it would be great to see people switch things around and take it as a positive just as she did. By challenging those who say no and to keep pushing until we find a way to make things work will only strengthen us in the long run.

The incredible support Charlie has received from her family over the years has been a major factor in her success. From her parents providing her with sound role models, her brother attending her first big show, to everyone standing behind her as she stepped out into the world to chase her dream, her family and friends have been there for both the happiest and most nerve-wracking moments.

“Sounds cliché perhaps, but throughout life my friends and family have inspired me more than they know. Growing up, my Mum, Dad, and my brother were always the ones to back me up in whatever I wanted to do, no matter how unrealistic it may have seemed at the time. Keeping in mind that I was trying to be a journalist at 13, you can see how important that support was! You’d never guess considering the job I have now, but they helped me grow from being this shy girl who was too scared to pick up the phone and call a local or national newspaper for work experience, to a girl who wanted the world and fought to have that too. My brother came to my first ever gig with me, which really meant the world to me. My amazing friends – some of which I’ve been friends with since I was four years old – are like no others I’ve ever met. They’ve all been a constant source of inspiration because I’ve always missed events, birthdays and other important things in their lives due to touring, but they’ve never held that against me and always pushed me to do more. I know most DJs will look towards their record sales and the lineups that they’ve been on as a measure of their success. For me, when I look back, I really hope that the impact I’ve had on the music industry is to have brought a lot of good memories and amazing nights to the people that have come to my gigs or listened to my music over the years. You can’t really quantify those kinds of memories and experiences, but I think they count for a lot more than numbers on a tick list!”

No matter the journey we’re on or the path we choose, the support we have along the way can make a world of difference. We may not all have the same depth as Charlie in our support system, but there will always be those around us that want to see it all work out. Keep those people close and the sky is the limit.