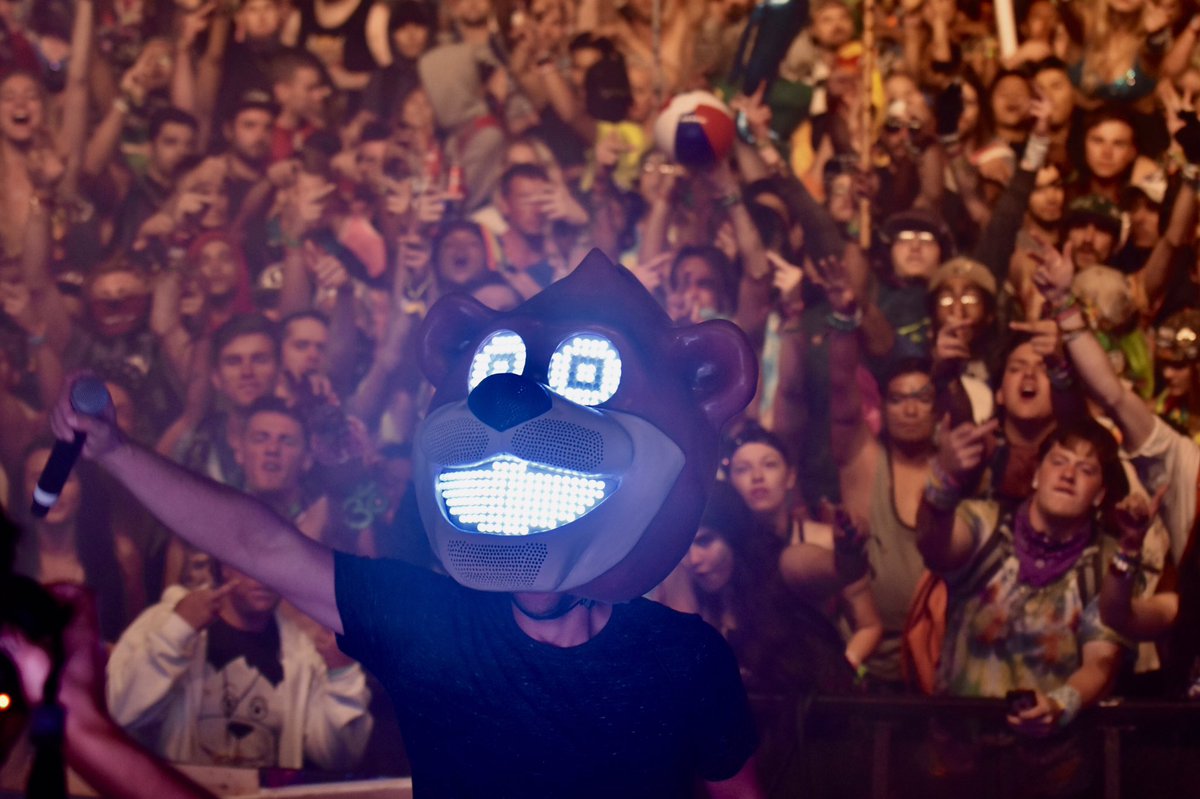 Everyone’s favorite stuffed animal DJ, Bear Grillz, has just undergone a massive wardrobe change. This past saturday at Dancefestopia in Kansas City, Bear Grillz played his first ever set with the brand new mask, seen below.

It comes as a definite upgrade in terms of overall production quality as compared to his previous outfit.

I have seen Bear Grillz twice now and there was something about the full-on bear costume that added to the overall griminess of his already dirty dubstep sets. I have yet to see the effect of his new mask in play which includes an array of LED lights scattered across the mouth and eyes as if he were to stare into your soul but, I’m sure it’s mesmerizing. With getting rid of the entire bear suit and increasing ventilation in the mask, one thing is for sure: Bear Grillz no longer has to worry about the horrid smell or immense sweat induced by his previous costume. It’s an overall positive and professional move by the DJ that used to rock just boxers and a bear suit on stage.

Just FYI I sing along to all the tracks too lol! Bear Grillz 2.0 in FULL EFFECT! (Track ID is Kayzo) 📷: @iamm4ximus)