After setting the tone this year with his well-received debut single, “Heading Home,” that became the #1 song on Spotify’s Global Viral Chart, LA-based multi-instrumentalist and producer Gryffin launched into an outstanding year filled with new music and growing repute. His sold-out spring tour would take him into a busy summer with stops at Electric Forest, VELD, Billboard’s Hot 100 Music Festival, Bumbershoot, CRSSD, and more.

Now, with the wind on his back, the rising artist has officially revealed his Whole Heart Live Tour that is sure to once again garner wide appeal. The tour is promptly announced after the release of his single “Whole Heart” with Bipolar Sunshine, which has already accumulated well over 4.7 million Spotify streams alone, proving that Gryffin’s highly accessible, melodic house sound continues its long-standing impact on fans. Mixed with his live setup of guitar, keyboards, and synths, fans are sure to walk away mesmerized by Gryffin’s epic display of musical expression through style and sound.

Buy tickets to Gryffin’s Whole Heart Live Tour here, and hear more about the tour from Gryffin himself below. 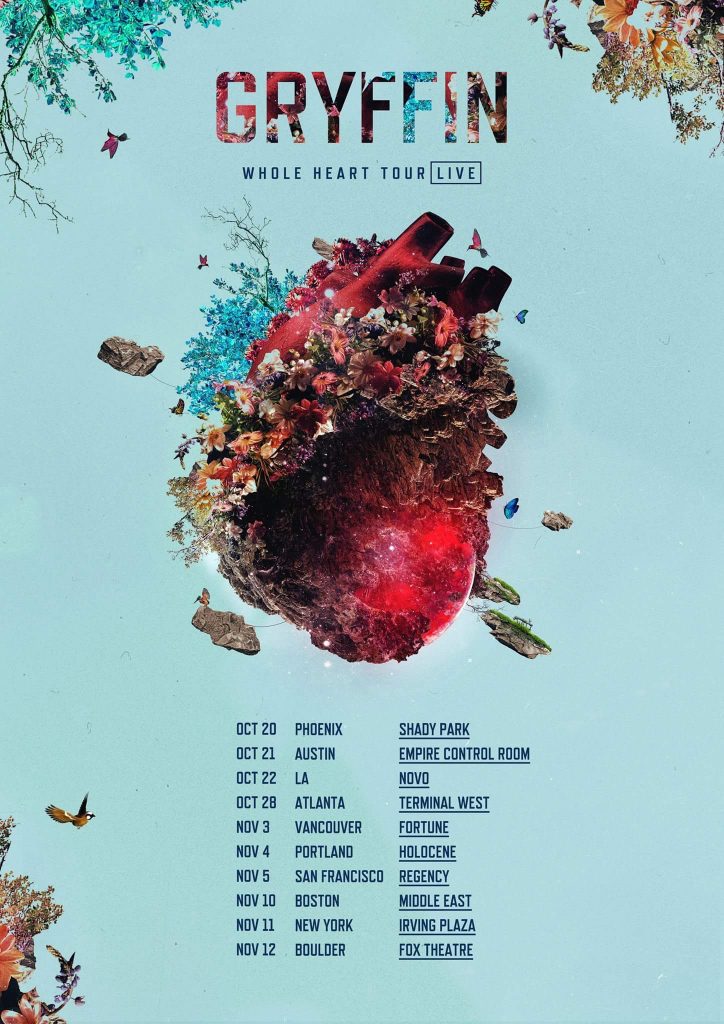