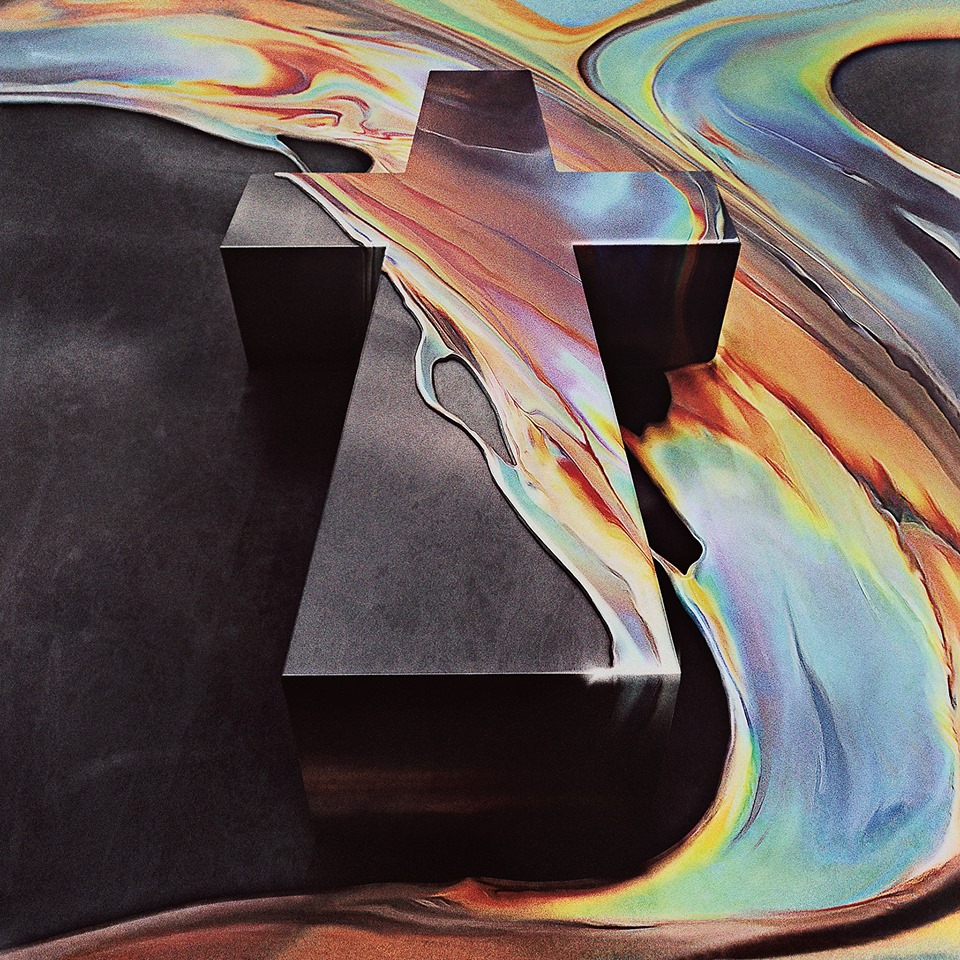 After accidentally having their new single “Safe and Sound” leak via Shazam a few months ago and subsequently releasing the track, Justice have remained tight-lipped on their return. The silence seems to be short lived, though, as the French house duo uploaded what appears to be their third album’s artwork and title to their Facebook page.

Accompanied by the caption “WOMAN,” the artwork depicts a Salvador Dalí-like interpretation of Justice’s classic cross logo being covered by multi-colored liquid. The art and caption could very well be the artwork and title of the impending next album from the duo. To further add fuel to the speculation fire, BBC Radio 1 DJ Annie Mac will be playing Justice during her Wednesday, September 14 program, which includes a”Hottest Record in the World” segment that debuts new music from artists. Justice recently debuted “Safe and Sound”  on Annie Mac’s show, so we can only wonder if the trend continues with Mac’s upcoming show.

Additionally, a German Amazon page for the album that may be called Woman lists the release date of the album as November 18, 2016. This may very well be a placeholder page and date for the album, but it could also signal a massive leak from the retailer giant. Whatever the case may be, keep your eyes peeled for Your EDM on September 14 and onward for more Justice news.

Check out Justice’s cryptic announcement below:

Listen to their new single “Randy” below!