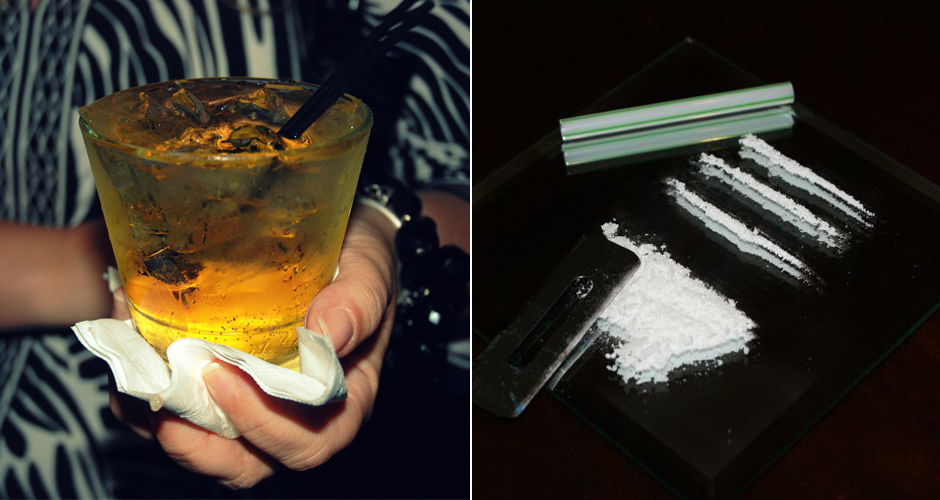 Energy drinks and alcohol… a combination tried and true and old as time (or at least freshman year in college). My personal favorite is a shot of jager chased with Monster, but I know that vodka and red bull is the drink of choice for thousands and thousands of millennials dragging their tired bodies to the club night after night. As it turns out, that combination might have similar effects to cocaine.

According to a new study from researchers at Purdue University, the mixture “has the same effect on the brain as taking cocaine.”

Two groups of mice were given cocaine and caffeine mixed with alcohol, respectively. After the doses, it was found that the mice not only behaved similarly, but also suffered similar permanent brain damage.

Dr. Richard van Rijn, one of the authors of the study, told the Sun, “It seems the two substances (high energy drinks and alcohol) together push them over a limit that causes changes in their behavior and changes the neurochemistry in their brains.”

To illustrate the effects even further, it was found that mice given the alcohol + caffeine solution showed “a slight tolerance to cocaine in their adult years.”

One thing the study didn’t look into which is just as prevalent at some electronic shows is mixing alcohol and caffeine with cocaine use – such a stimulant overload combined with a depressant can’t be healthy over long periods, and yet it’s all too common at clubs.

More research is obviously required on these findings, as well as replication studies, but the initial results are frightening.