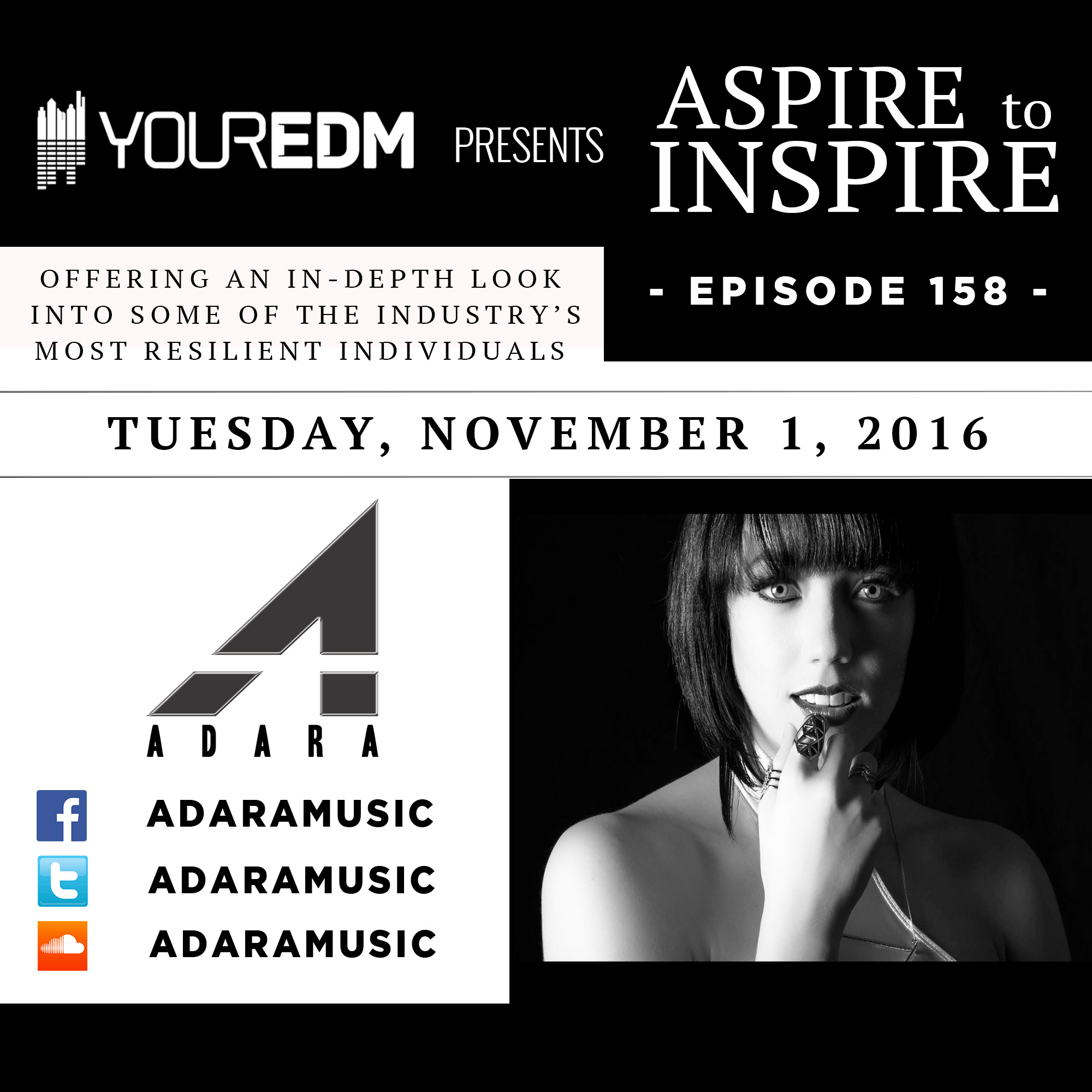 We live in a world where other people’s expectations for us can sometimes dictate our entire life paths. What we wear, what we do, who we associate with, etc., might be very different from the reality we live in had we not followed “the norm” or what society says is right. For multi-talented artist (singer, songwriter, instrumentalist, dancer, and fashionista), Adara, this is no longer the case. After years of the music industry telling her what she should be, she took matters into her own hands and created a persona composed of some of her greatest influences.

The Adara we know today stems from her love of space. As a child, she was determined to work for NASA when she got older. A love for music, however, always ran parallel.

“Well when I was five I was determined to work at NASA. I have always been absolutely obsessed with space and I think that really bled over into my music and my branding because space is a big part of the futuristic look in my fashion, as well as the lyrical choices I make in my music. From a young age I always loved music and wanted to perform. I was in dance classes, a lot of musical theatre, and it kind of all bled over into pop electronic music.”

Growing up in a location where careers in music aren’t much more than pipe dreams, Adara thought she was destined to go off to college and study creative writing with music serving as an extracurricular.

It wasn’t until she stumbled upon the Kauai Music Festival in Hawaii that her world started to change— leading her to realize that this is more than just a far-fetched daydream.

“We found out about it through a local group in Colorado that was going and they took me with them. That was when I got to meet industry people for the first time. Growing up in a suburb of Colorado, I really wasn’t involved in the whole music scene and I figured I was just going to have to go to a university and study creative writing or something. However, when I went to the music conference I connected with people at Belmont University. That was when I realized I could actually study music business and go into the industry. There were enough people who had had success in it saying to me, “you have a chance here— go for it.” That was a really amazing moment.”

From then on, the road to success in music wasn’t always the easiest. Starting out as a pop/alternative artist, there was a certain mold that Adara was told she had to fit. Always wanting to be a bit edgier than what they expected, it took a lot of belief in herself to break away from predetermined expectations and create her own style.

“My hair was long and brown at the time and people would say oh, you’re just so cute you should do a Colbie Caillat type thing and that’s not what I wanted at all. I wanted to be like Katy Perry and Lady Gaga. You just have to believe in yourself and not let everyone else’s opinions affect your decisions. Hold on to that and work with people that get it, rather than spending so much energy trying to convince people that don’t.”

Finding the right people to work with, however, can often be easier said than done. There were a number of times throughout Adara’s career where projects she thought would put her on the map either fell through or didn’t turn out the way she planned.

Going down a path that doesn’t necessarily lead to the result you wish for can be a heartbreaking experience, especially in the moment when you see your entire career depending on it. As artists and creative people, we often devote all of our energy to whatever it is we’re working on as the world continues to turn around us. We often hope that as we tunnel through our creativity, the result will smash through the surface and stop everyone in their tracks— sometimes it ends up as merely a bump in the road.

That’s when, as Adara says, you fear there will never be another opportunity.

“Putting trust in people and then realizing that they weren’t quite worthy of it was definitely a struggle. Then you’re afraid that you’re never going to find another way to make it happen. But the reality is that you will if you want it bad enough.”

The importance of being able to put your trust in others goes beyond the bounds of a career as well. Adara considers herself lucky as she had a rather supportive upbringing. It was when she had someone close to her turn their back that she felt the sting of betrayal.

“I think the biggest personal struggle I faced was really when one of my very close family members basically disowned me and said they wanted nothing to do with me. It was tough to go through that when they were such a big part of my life. When you’re trying to grow up and develop yourself into a human being and suddenly someone close to you doesn’t love you for who you are anymore; things like that can make you stronger if you are able to come out on the other side of it. It can make you believe in yourself even harder and know your self-worth. When things don’t work out the way you want or someone doesn’t appreciate you for who you are— it’s okay. You can move on and find other people that will be there for you.”

Taking our experiences, both positive and negative, and using them to push ourselves forward can be the most powerful source of motivation around. In addition to using a major emotional struggle in her family as fuel for her fire, there are more experiences she taps into for inspiration as well.

Seeing some of her favorite artists perform is more than just going to see a show. For Adara, seeing someone live out their dream in a manner that’s similar to the way you see your own life panning out is incredibly moving.

When it comes down to it, playing it safe and shying away from breaking boundaries is the last thing Adara wants to do. For her, it’s important that we, as artists, use our work to create an experience for fans and concertgoers. Even more so, as people, to not let geographical boundaries keep us from treating one another with love and respect.

“I’d like to see more of a merging of cultures. A lot less division on our planet whether it be due to religion, ethnic reasons, etc. I think we need to start thinking of ourselves as a race of human beings instead of people from a particular country and walk of life. We could be doing a lot more to help each other out.”