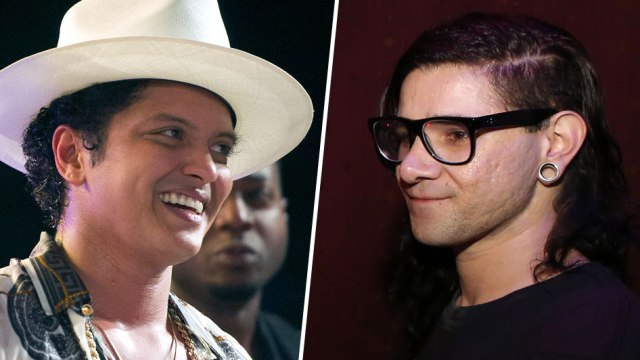 Will Skrillex’s Collab With Bruno Mars Be Featured On His New Album?

Skrillex has worked with a lot of musicians, so for him to say you’re his “favorite singer to work with,” or “the most fun guy to be in the studio with,” is seriously saying something. Bruno Mars is the lucky recipient of this praise, and after learning the release date for his new album, we’ve been antsy to hear their promised collaboration. Unfortunately, the track isn’t done yet, and won’t be featured on the new LP.

Still, Skrillex is pretty animated about their work together, though he’s not giving out any secrets until its actual release sometime in the future.

“I’m not going to give specifics of what it sounds like, but what we’re doing is so f**king different, awesome and next level and sounds like nothing else that’s happened before.”

But with Bruno Mars saying that “This album is the best album I’ve ever done. Out of all three of them, this is the one!” we can’t help but feel a wee bit disappointed that we won’t have our ears wrapped around any Bruno x Skrillex just yet.