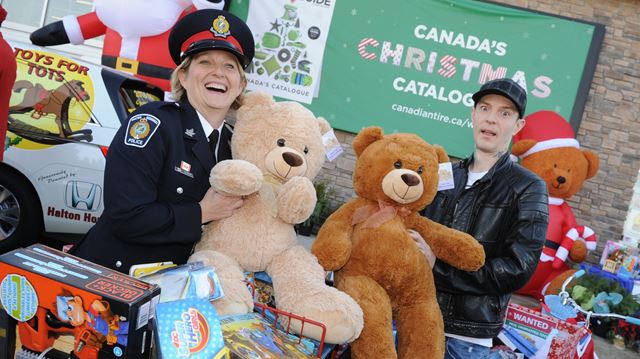 After seeing a tweet from the neighboring Oakville police force about the annual Toys for Tots Holiday Campaign on Friday, Deadmau5 left his Milton home to join the effort. He purchased an entire shopping cart full of toys and asked organizers where he could drop off his donation, according to the Oakville Beaver.

Const. Judy Dugas, regional manager for the Halton police Toys for Tots Campaign, said that the team hopes to top last year’s donation total of $34,500. The initiative helps 600 families with nearly 400 children in Oakville each year.

“It represents one of the emphases we as a police organization are putting forward and that is bringing together people from all across the community to improve the quality of life that we have in this region. The simple act of gift giving has a remarkable impact.”

Deadmau5 joined the likes of professional wrestlers, humanitarians and honorary police officers at the campaign’s launch this week.