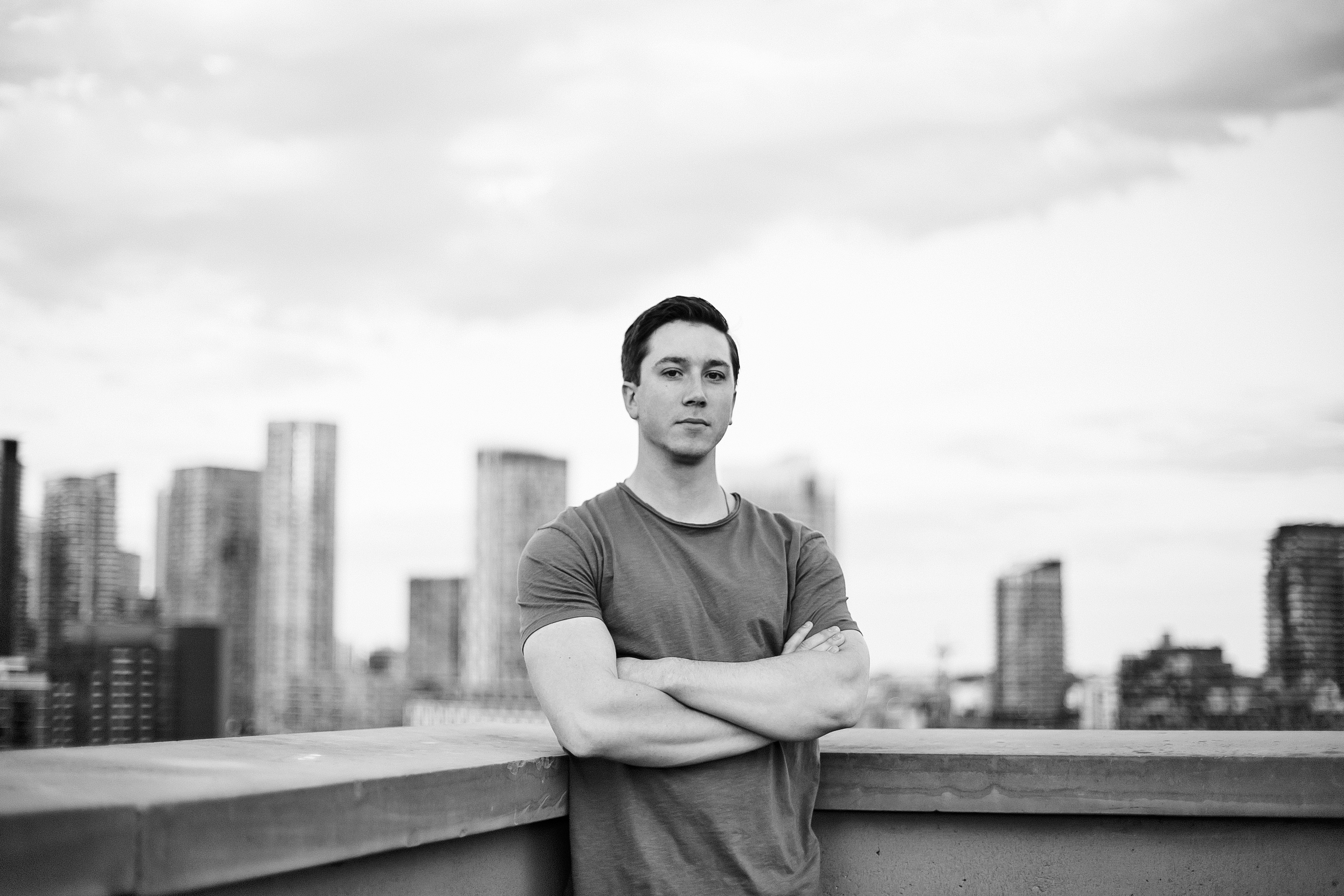 ATTLAS Reflects on Music and Touring in 2016

There are certain individuals in the EDM world who don’t fit a mold or conform to anything when it comes to their music. Someone who fits this description and more is Canadian DJ/producer Jeff Hartford better known as ATTLAS. His musical prowess was enough to get him a spot on deadmau5’s mau5trap label. Wrapping up a massive 2016 that saw him release an EP, Bloom, and a breathtaking hour long mega mix, Storyline: Vol. 2. Jeff shared with us his thoughts on how he’s developed as a musician and artist, what it’s like being a touring musician, and the joy he gets in sharing what he’s passionate about.

Hey Jeff! 2016 has been a big year for you, from the Bloom EP to getting to close out the Upside Down Stage at Nocturnal. Care to reflect on the past year and how far you have come as an artist?

The past year has been, more than anything, an education.  At the start of the year I was taking advantage of every opening slot offered to me, and relishing the chance to write and share music on the wonderful platform that mau5trap had provided for me.  Now, heading into December, I’m coming back to some cities for the third time this year.  In performance and production, I’m trying to learn every single day about ways to make the music more meaningful as experience and as personal soundtrack for myself and the listeners.  It’ll mean exposing myself to risk and being willing to find the value in both success and failure alike.  As far as self-reflection goes, the thoughts have evolved from just being happy to have a chance to get out there, to being more philosophical about the sounds, voices, melodies, and ideas I can bring to my small geography of music I want to explore with ATTLAS.

Speaking of Nocturnal, what was your take on getting to play such an iconic fest, especially with it’s diverse array of fans and characters? Where does this rank on your list of artistic accomplishments?

Nocturnal Wonderland was an absolute pleasure to experience as both a performer and fan of the artists, scene, and production that comes together on that beautiful weekend.  From playing an absolute circus of a heavy techno set in the Smirnoff Mixmag Room, to getting to close out the Upside Down House stage (all in the span of a few hours), the weekend will live forever in my memory as one of the most colourful, vibrant, and exhilarating combinations of sight and sound I’ve been a participant in.  It was the perfect way for my summer to come to a close, a summer that started with my playing my first headlining club sets and ended playing two sets at one of the most iconic festivals.

I know you had some studio time recently and released the track “Blood Work.” Tell me about the process behind the song? Any other upcoming tracks that came from these studio sessions?

You know, it’s funny how some tracks come together.  Chelsea Jade and myself get along really well, and are constantly bouncing ideas back and forth.  The original vocal ideas for the track actually began with both of us sitting at the piano, hammering out ideas over a chord progression that would turn into the track ‘Ryat’.  As these things often go, the ideas evolve and shift, and Ryat was released as an instrumental.  More recently, this autumn, I was at the piano just jamming and fiddling around while a percussion loop I had built was playing in the background.  I wanted to find something that didn’t follow the traditional chord progression structure you hear in most dance pop – I was curious about the melodic link that could be built between sometimes dissonant and shifting minor/major identities mid-phrase.  While a bit clunky played straight, with a consistent melodic thread through the chords (that end up pushing some into suspensions or add-voicings) there ended up being this haunting quality to the momentum.  Going back to our earlier demos, Chelsea Jade’s vocal ideas became the perfect emotional match to what was happening musically.  I reigned in the production on the track and kept it moving steadily and ominously forwards.  I added bits and pieces of my own foley in, mostly to sweeten the percussion.  I find that when you add in these human, ‘organic’ elements of percussion and sound in, it can make the electronic and ‘in the box’ elements sound less plastic, more emotive.

There’s a lot more music that came from these sessions and more, but the challenge for me right now is assembling the whole tracks and smaller interludes into something that resembles a musical arc that I’m proud of.  It might actualize itself as a few one off singles like Blood Work, or in longer formats such as mixes, EPs, or something else.

Who’s an artist you listen to or who inspires you that your fans would be really surprised to hear about?

I think I’m pretty fortunate in that fans of ATTLAS are open minded to a real spectrum of diversity when it comes to the sounds, styles, and genres of music I like to share in my writing.  By extension, my tastes are pretty all over the place as far as my ‘recreational’ listening is concerned.  I could list some underground experimental electronic music that I’m into, but I don’t think that it would surprise anyone that I listen to that.  Likewise, I don’t hide the fact that jazz, classical, folk, film music all are regular parts of my listening.  Good question!  I love the scrappy rock that’s coming out these days, like Toronto band PUP or Chicago’s Twin Peaks.  I think the punk scene is still sick and want to get down to Fest one year soon.  I love the culture of support and impermanence, the split 7″ (which needs an electronic parallel), the shitty beer and the lyrical honesty.  I love Rufus Wainwright and admire so much that he completed his opera.  Leonard Cohen’s recent passing was the first time that one of my ‘favourite artists’ died – his novels, poetry, and music are probably the single biggest influence of my approach to creativity.  I’ve been listening to a lot of religious music from around the world and around history recently.  There’s something chilling in a beautiful way about music that was written from the perspective of faith, passion, devotion, and fear.  In my journey to answer my own questions about why I’m writing the things I’m choosing to write, exposing myself to the motivations and executions of others has been enlightening.

What city are you looking forward to visiting the most on your upcoming tour?

They’re all going to be really exciting for their own reasons.  This tour is a mix of visiting cities I’ve seen this year, and some I’ve never been to in my entire life.  For the cities I’ve visited previously, it’s about returning to people that became friends, restaurants I need to go back to, and the unique aura of texture and identity that each city possesses in a unique way.  For the new cities like San Francisco, Denver, and Washington DC, it’ll be about bringing myself and the music to brand new ears and brand new rooms.  I’m looking forward to making the most of my time in each place, and not just musically – I find there’s a remarkable friendliness and willingness to help in the cities and people of the States, and each place has its own version of hospitality that they’re all proud to extend to this visiting Canadian.  Personally, I’m going to take an extra day in Washington DC – it’s the capital!  There’s so much history and intersection of interests, both of past and future, that I’m looking forward to enjoying.  I’m opening myself up to any recommendations for food and drink in any city though, no one knows the hidden gems better than the locals!

Any words or messages for the fans?

Thank you for all the support over the last year and a half.  ATTLAS is as much about what’s listened to as it is what I write.  This whole thing isn’t a monologue, it’s a dialogue – I don’t get to visit these cities if there weren’t people curious or excited to hear the music.  I wouldn’t be able to put out Blood Work without me and Chelsea Jade feeling confident in the reception that Parallel Lines received.  I have a lot of music I’m looking forward to sharing with everyone, and I want to make sure that we explore more interesting ways of presenting the ideas and emotions.  From the quiet introspection of things like Luna to the dark loud sets I get to play with the mau5trap family, it’s the support of the ATTLAS fans that let me love the notion of untethered musical exploration.

Check out Storyline: Vol. 2 below and follow ATTLAS on his musical odyssey.