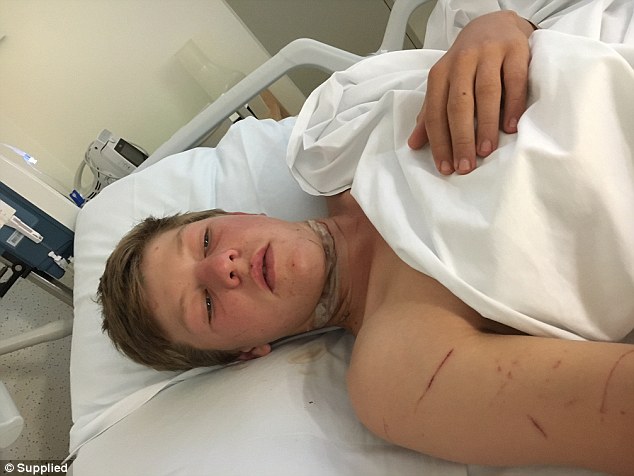 Queensland teen Bradley Willoughby suffered extreme injuries this week when his iPhone headphone cord sliced deeply into his throat during a motorbike crash on his family’s farm. Willoughby, 16, was thrown into a barbed wire fence after a mistimed jump caused him to weigh on the throttle. He broke and dislocated his ankle and slashed open his stomach, according to Daily Mail.

Willoughby’s mother explained that her son had the iPhone headphones inside his helmet when he crashed, when they wrapped around his neck and cut into his throat.

“No one realises but inside the headphone cord is fine copper wire which has cut through some of the muscle. He is very lucky he didn’t cut his trachea… None of us thought earphones could be so dangerous. His father pulled the earphones out from inside the cut in his throat.”

Willoughby’s parents stayed by their son’s side as they waited for a rescue 510 chopper to transport them to Cairns hospital. According to Daily Mail, Willoughby stayed awake throughout the ordeal. He received stitches on his neck and underwent surgery for his broken leg. It will take months for him to fully recover, his mother said.

“Do not wear wired earphones under a motorbike helmet, it’s potentially life threatening.”