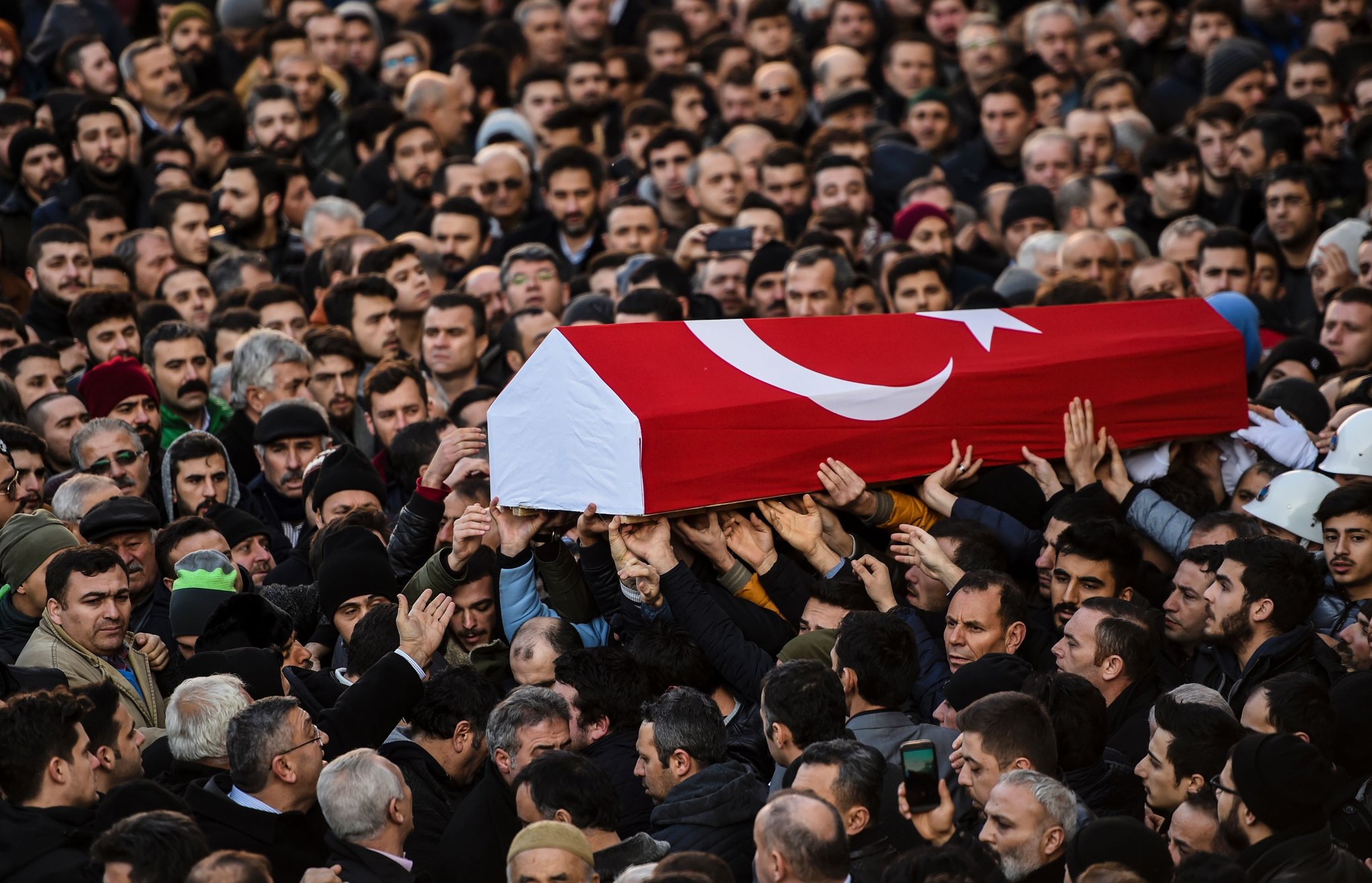 An unidentified gunman opened fire at an Istanbul nightclub early Sunday morning, killing at least 39 people. Before entering Reina nightclub, the gunman shot and killed a policeman and security guard. In addition to the dead, about 69 were taken to the hospital for treatment, with three in critical condition as of Sunday evening.

Interior Minister Suleyman Soylu confirmed on Sunday that a manhunt was under way for the killer.

“Police have launched operations,” she said. “We hope the attacker will be captured soon.”

In a rare display of showmanship, the Islamic State claimed responsibility for the New Year’s attack, describing the gunman as a “hero soldier of the caliphate.” They said the shooting was “in continuation of the blessed operations that the Islamic State is conducting against Turkey, the protector of the cross.”

“A hero soldier of the caliphate attacked one of the most famous nightclubs, where Christians celebrated their pagan holiday. They used hand grenades and a machine gun and transformed their celebration to mourning,” the ISIS statement read.

As Turkish authorities continue to search for the assailant, the state news media is reporting that eight suspects have already been detained in connection. The government’s spokesperson, Nurman Kurtulmus, said that investigators had found fingerprints and were close to identifying the attacker.