With Life In Color Miami fast approaching, there’s a lot of hype to go around. With headlining performances from Diplo and Carnage, there’s bound to be a lot of ratchetness to go around – it is Life In Color, after all. But even the undercard sports some serious talent, not least of which is one of our favorites, Seven Lions.

It’s pretty well-known that Seven Lions has a penchant for metal and folk music, as well as some other stuff off the beaten path. So rather than ask for the typical playlist of festival bangers ahead of his LiC set, I wanted to know his favorite non-EDM songs right now and he came through big.

He sent over a 10-song playlist with songs from Opeth, A Perfect Circle, Steven Wilson, Haujobb, and one of his favorites, Of Monsters and Men. Of course, The Upbeats technically fall under EDM but “Alone” is such a great track, we’ll let it slide.

Check out the full lineup below the playlist; tickets are still available here. 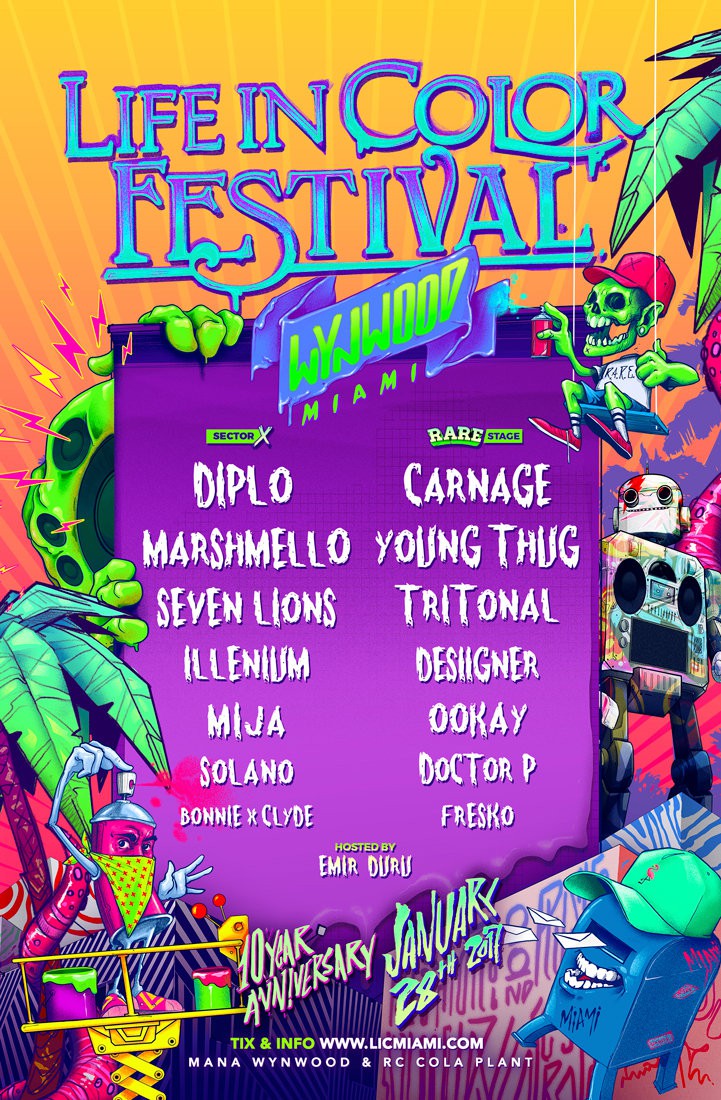 Pandora Is Celebrating Calvin Harris’ Birthday With His Best Music