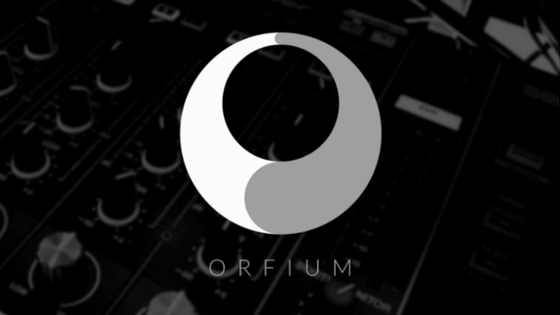 Orfium is one of the leading independent streaming services hoping to break into the mainstream consciousness. Following the success of platforms like Soundcloud, Spotify and Apple Music, Orfium wants to take the good elements of those platforms and make them even better – for the artist and the listener.

We asked the guys at Orfium a series of questions about monetization, what Orfium stands for, and how it’s going to expand out of streaming and do even more. Check it out below.

In our previous piece detailing the differences between Orfium and SoundCloud it was laid bare that Orfium has numerous advantages. However, SoundCloud and other services like Spotify and Apple Music are so widely established, with millions of users, it begs the question: how will Orfium carve out its own space in such a heavily occupied market?

First let me say I have tremendous respect for SoundCloud and Spotify as trailblazers, and despite their innovations until now no music platform existed that allowed artists to directly upload, host for free, sell, license, monetize remixes, and manage rights to their music in a consumer-facing social network. This is Orfium’s space and with a business back-end that provides every digital revenue source right at the artist’s fingertips on a social front-end, it is truly the only music platform of its kind right now that would take anyone else a couple years to copy. SoundCloud in comparison is really just a social network and hosting service with a retail streaming layer which artists can’t even directly participate in, and they derive the majority of their revenue by charging artists for hosting. Spotify is a pure retail streaming service that artists can’t directly upload to and it has much more limited social capabilities as compared with Orfium and SoundCloud.

Certainly it will take time to become as established since we have only really been public for around six months while SoundCloud, Spotify, and Apple Music/iTunes have been around for eight years or more. Adoption of Orfium is starting with the most open-minded, curious, experimental, and business-savvy artists who truly understand the big picture of the music business and the role Orfium can fulfill, as well as those who want to contribute feedback to steer its development. I think initially artists are using it as a safe alternative and/or replacement to SoundCloud. Niteppl for example already has 10% of their fans on Orfium most of whom they probably never reached before, and with the recent acceleration of growth I think it is likely that within a year they will have more fans on Orfium than on SoundCloud.

As more artists realize how powerful Orfium’s features are, that unlimited hosting is free, and that they can immediately start generating significant monthly paychecks right now via Orfium’s YouTube and Facebook Copyright Identification services, I think we can expect word will spread quickly. On one hand you have SoundCloud that charges artists money while on the other you have Orfium that pays artists money and I think it’s pretty obvious long-term which one artists would prefer. Unfortunately I don’t think SoundCloud will be offering free hosting any time soon since they built their entire business around charging for it and are still having cashflow issues after eight fundraising rounds. For those not familiar with startup economics, it is not normal for businesses to do that many fundraising rounds, and with each one they give up some control in complicated transactions with investors who generally have very short patience as they need to generate quick returns to their clients. The reality is that rather than rebuild SoundCloud on a better model, it seems more likely that impatient investors gained control and are just trying to sell and get their money out. As for Spotify I think brushing up against them will come a bit later once our library has matured but I definitely think we can raise the bar with our 80% payout rate versus the maximum of 70% they offer, which they are actually even trying to negotiate lower.

See a side-by-side comparison of what each platform offers: https://www.orfium.com/welcome/

One of the biggest issues that SoundCloud has faced is its rough history with major labels, from flawed copyright systems to simple monetization. Even Martin Garrix has had his music incorrectly removed from the platform several times. Do you plan to work with major labels to improve Orfium? How will you prevent these issues from arising?

Just like YouTube, Orfium will not have the same problems as SoundCloud in this regard. The real root level problem with SoundCloud is that they monetize artist subscriptions rather than individual songs. YouTube and Orfium on the other hand both have the ability to generate revenue from individual songs and assign those revenue rights to the rightsholders, 99% of whom would rather take the revenue than issue takedowns. Even if a rightsholder still wanted to issue a takedown on Orfium, a grace period allows the uploader a chance to dispute before the takedown occurs, and after that grace period the claimant must manually confirm the takedown. In the event of a dispute that is not resolved to the uploader’s satisfaction, the uploader can arbitrate online by putting a $100 deposit down and provide some additional info, which the claimant must match or the uploader automatically wins, and the winner of the arbitration gets their deposit back. We simply made it too expensive for rightsholders to recklessly issue takedowns so Martin Garrix would never need to worry about issues with his content on Orfium.

Another advantage that Orfium maintains over other platforms is its ability to offer more features than a typical streaming platform. How will Orfium incorporate event promotion, remix contests and more into the fold?

Event promotion does already exist in a basic form. It’s one of those features we decided to roll out in a simple form and then learn how people use it and gather feedback for refinements. When you upload an event you include all of the basic info, a Google Map provides directions, and one of the cool features is that you can tag each artist in the lineup which not only causes the event to show up on each of their profiles, but also it allows visitors to the event page to conveniently sample their music before deciding whether to attend. The end vision is for it to function as a sort of interactive event flier and ticket sales management system.

Remix contests are something that I actually envision being accomplished through the groups feature we plan to roll out soon. Groups will be private or public with the option of having a moderator and members will be able to submit and upvote music. Therefore running a remix contest could be done easily by simply creating a group for it, having contestants submit their music, and then members of the group upvoting the winner. We have some other cool collaborative features we plan to add onto groups later which we will announce next time 😉

One of your main selling points is that you aim to be better than Soundcloud, which has become one of the top streaming sources of music. What do you think could be the tipping point in Soundcloud’s history, or yours, that causes a huge shift in traffic from their site to yours?

There are still a few major features on the way such as official support for DJ Sets, recommendations, and some minor optimizations that should all help, but otherwise I think it’s just a matter of getting the word out because we are already seeing 30% to 50% of first time visitors creating accounts right now, which is really high. I think the tipping point in our favor will be once word has gotten around the underground community and rising artists have embraced the platform. In particular it will be the types of artists who are not necessarily widely known yet, but make really great music, and are maybe just starting to break out and get on bigger stages, but still have close-knit and ultra-loyal fanbases. In SoundCloud’s history I think the tipping point was the takedown plague that started a few years ago and ever since they seem to have been headed in the wrong direction and I think now many people are really starting to realize it.

Streaming is now the #1 way that Americans consume music. How will you effectively increase the royalties that artists receive from streaming while keeping Orfium profitable? You pledge larger payouts, but SoundCloud pays a fraction of what Orfium does and has yet to make any money.

A lot of people have this idea that streaming and/or music platforms cannot be profitable and pay artists well at the same time but this just isn’t true. I think maybe that is just what other platforms want everyone to think so they can get away with paying lower royalties. SoundCloud’s reasons for not making money is its upside-down business model that charges artists rather than monetizing their music. In addition, Orfium offers multiple revenue streams that neither Spotify nor SoundCloud has, such as digital download sales, licensing, publishing, and Facebook and YouTube copyright detection monetization. I also have a hunch that Spotify spends a lot of money on growth and/or substantial advances for major label content which is why they have not yet turned a profit. I bet BandCamp in contrast is profitable because it appears they grew their site organically, from the bottom up without making major advances, and kept unnecessary overhead expenses down. Just based on the Facebook and YouTube rights management revenue streams alone I expect that Orfium will actually be cashflow positive and financially sustainable before the end of 2017, which is a huge because it puts time on our side and allows us to remain independent of investor influences and stay true to the mission.

Another consideration is that music platforms in general fall under the general category of marketplaces, just like Amazon and Ebay, except only dealing in music. Ebay operates on a 10% sales cut and Amazon takes around 15% not including fulfillment fees, and the only real difference between operating a marketplace like these versus a music marketplace is the higher bandwidth incurred in streaming music. However bandwidth costs are really not that high and are dropping exponentially. My internet speed today is about 100 times faster for the same cost as I was paying five years ago. Therefore in the long-run I don’t see any reason to indicate why a music marketplace couldn’t operate profitably on a revenue split that is closer to the standard for general ecommerce platforms.

One thing that we’ve fallen in love with at Your EDM is in-home smart tech. From Amazon’s Echo to Google’s Home system, voice-controlled music is something that we’ve just gotten used to. Will Orfium ever be available on systems like these? Similarly, should we expect a mobile app in conjunction with the web-platform?

Yes to both. We just haven’t got around to the mobile app yet because we have only just begun. We are still operating without outside funding and a small development team so we have prioritized the web version of the platform as we are still focused on getting more music on the site which nobody is going to upload through a mobile app. The website is mobile friendly but we are definitely going to replace this with an app this year so we can add additional functionality such as the use of local storage for offline listening. We certainly plan as we become more established to dedicate teams to developing applications for other devices such as automotive sound systems, game consoles, Amazon Echo, Google Home, and other media devices.