Earlier today we reported the exciting news that Monstercat would be hosting its first ever stage at Tomorrowland 2017, but now it looks like Tomorrowland is ready to present its full lineup of stages and hosts. The new initiative is dubbed the Amicorum Spectaculum which promises a ‘wonderful new tale and musical adventure’ and judging by the sheer amount and talent on all these curated stages, I’ll wager that you won’t be disappointed.

Tomorrowland features a two-weekend setup, the first of which is the 21st to 23rd of July and then the following week of the 28th to 30th. Joining Monstercat with their own stage for the first weekend are Martin Garrix who will be throwing a STMPD Records Stage, Robin Schulz & Friends, Toolroom Live, Trance Energy, Elrow, and much more. In fact, there are 40 curated stages in just the first weekend across pretty much every genre and sound. If you’re planning on snagging a second-weekend ticket you’ll be pleased to hear that Barong Family (Yellow Claw), Spinnin’ Sessions, Dim Mak, Eric Prydz, Heldeep, Netsky & friends, Lost Frequencies, and pretty much just as many as the first weekend.

The first round of announcements will be released on Monday, January 23rd, so stay tuned for that at the start of next week! 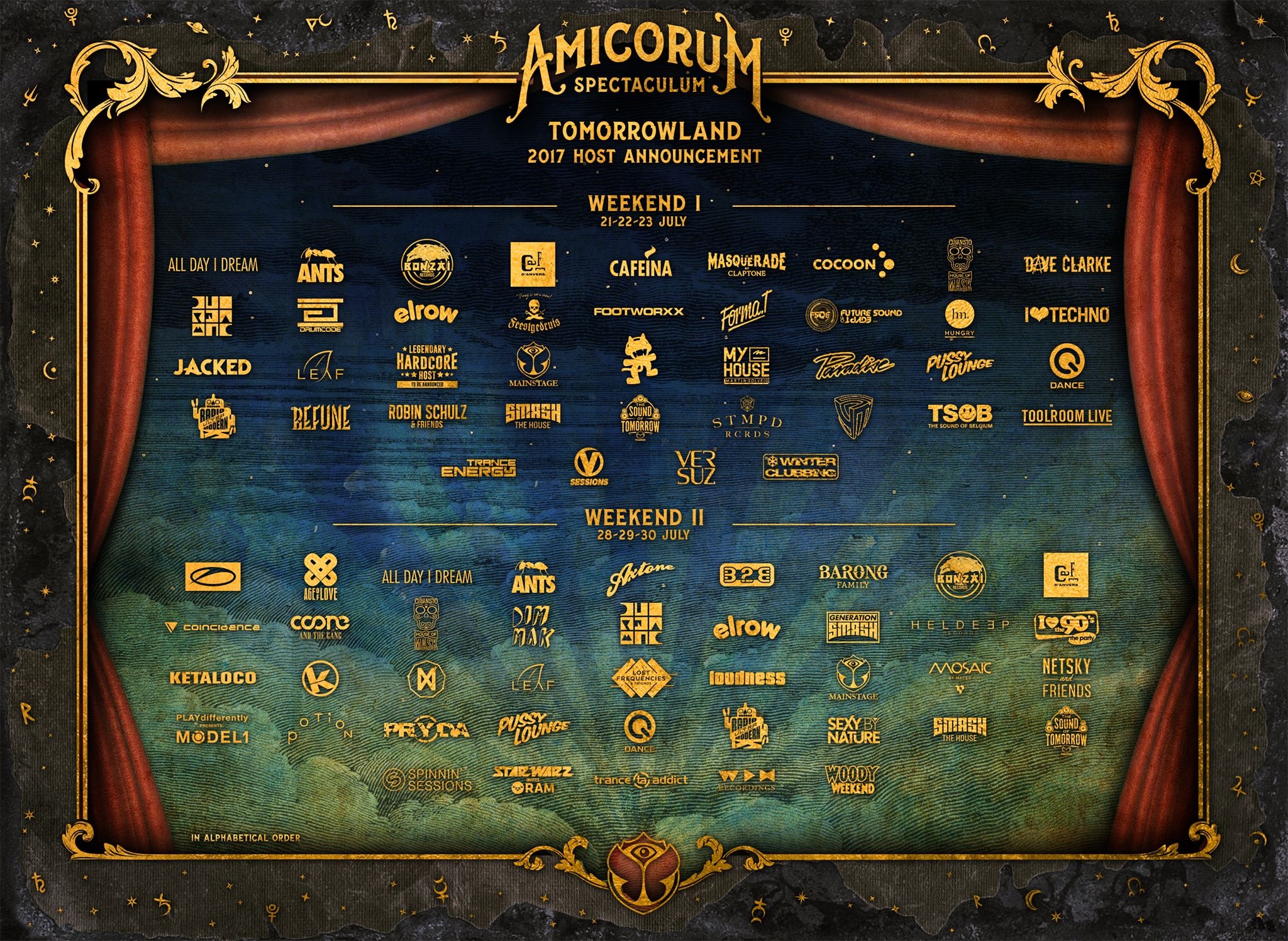 WRLD Drops His First Single Of 2017 For Free

WRLD Drops His First Single Of 2017 For Free