“Netflix and chill” is the bane of many a weekend evening, and new data is suggesting that music subscription services have finally “beaten” the colossal video streaming service.

Music business analyst Midia has reported that music streaming services have now surpassed 100 million subscribers in total, versus Netflix’s total of 87.8 million subscribers. Sure, these figures don’t take into account mooching off your friend’s subscription to devour Stranger Things, but they certainly make an interesting point regarding the future of subscription-based music streaming. 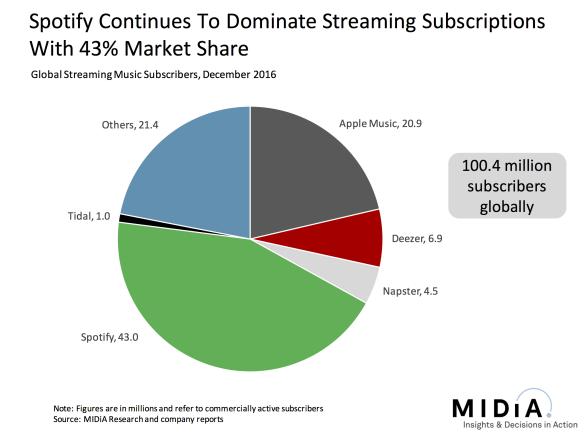 Additionally, Netflix is just one company, while this 100 million figure for music subscriptions represents the combined users of Spotify, Apple Music, Napster, Tidal, Deezer, and more. Spotify and Apple Music are by far the largest players in music streaming, with a respective 43% and 29.9% of the global market share. Still, it’s just one step closer to music becoming a monthly utility, just like Netflix has become for so many homes. 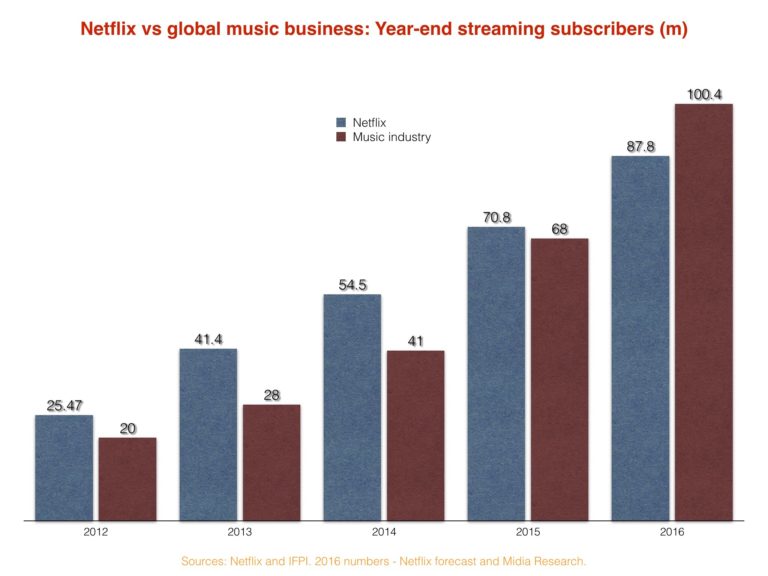