The Wildest Party of January was Groove Cruise 2017 [Event Review]

I have never been apart of a music festival sailing on a cruise and I don’t think I can imagine a life from this point where I am not looking forward to the next one. Groove Cruise 2017 established this desire as a bonafide necessity with its impeccable lineup of house and trance DJs complimented with the most marvelous weather between Miami and Gran Turk. Although I returned exhausted and sleep-deprived, I cannot wait for the next installment of this wild party. 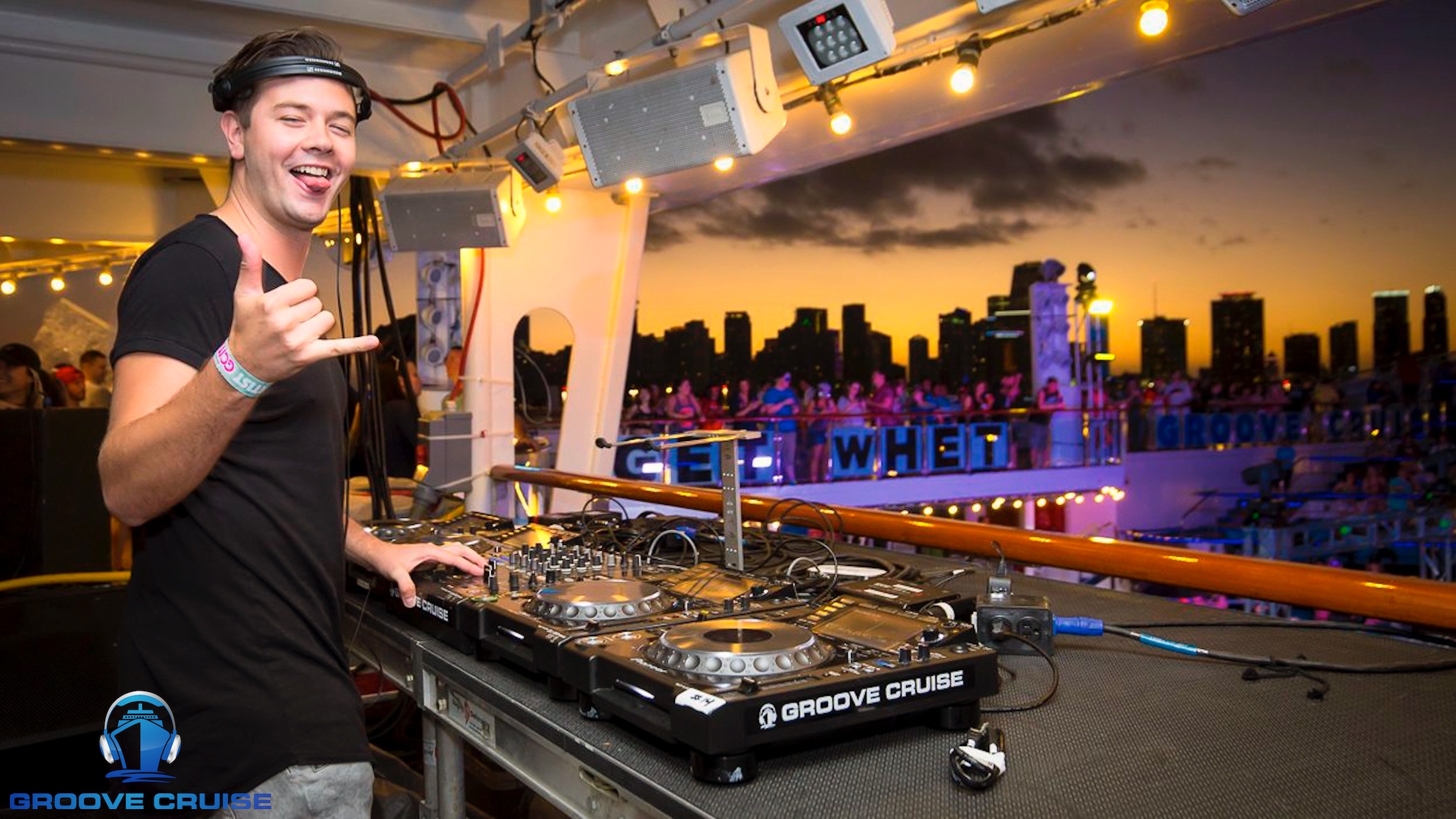 Day one kicked off with a warm welcome from the Carnival Victory’s crew and the Get Whet Staff who have orchestrated previous Groove Cruises and run other cruise-related concerts such as Inception at Sea, Shiprocked, and Salsa Cruise. After settling into my room, I was hit with the feeling of true disconnect. This was the first time that I had gone on a trip as ambitious as this cruise all by my lonesome self. Yet, as I left my cabin to see the first acts of my week-long vacation, I felt surrounded by like-minded individuals as they began to dance to the headlining music of Sam Feldt. After the boat departed from Miami and into open water, the crowd shifted from the “main stage” pool deck to the theater which hosted Markus Schulz from midnight to 5 in the morning with his classic branch of trance music. 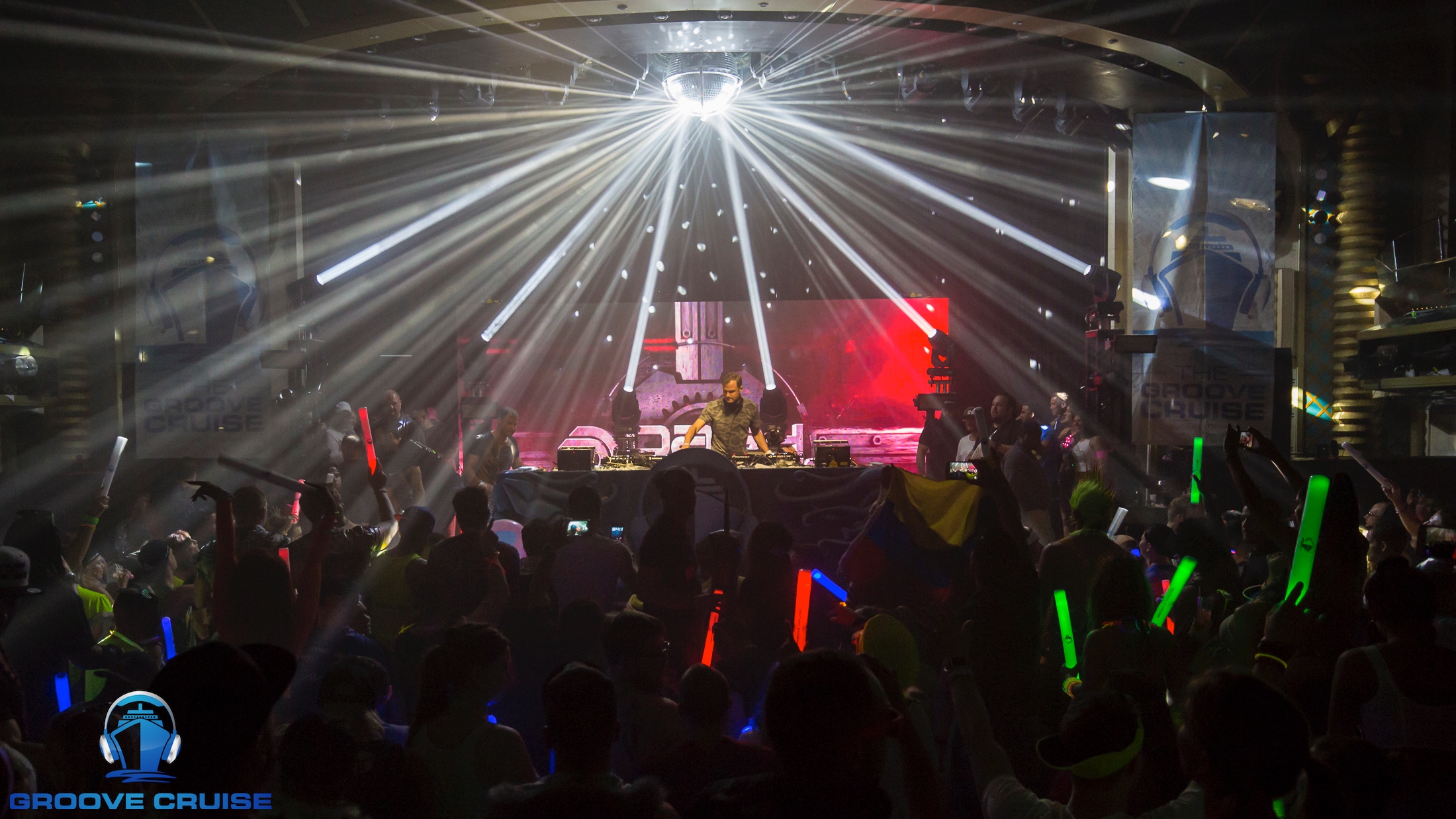 Tuesday picked up slowly with a giant yoga session on the tenth level under a partly cloudy, sunshiny day while the pool deck had colorful performances from Goldfish, Chocolate Puma, and Dzeko & Torres. With a couple of breaks for food at the 24/7 buffet, lunch at the exquisite Atlantic Dining area, and a little R’n’R in the Oz Zen Room, the crowd made their shifts to music spewing from the casino lounge, back-pool deck, and theater. The back-pool saw Roger Sanchez, Harry Romero, Oliver Dollar and more bring the ship to the underground side of house music at the start of the evening. The latter venue hosted more trance goodness from Cosmic Gate and Dash Berlin (who played an extended set to make up for Darude who was held off the ship due to passport issues). Near the back of the ship, a comedy show with DJ Mimosa had a large audience erupting with laughter with his peculiar blend of dating humor and roasts for EDM stars. 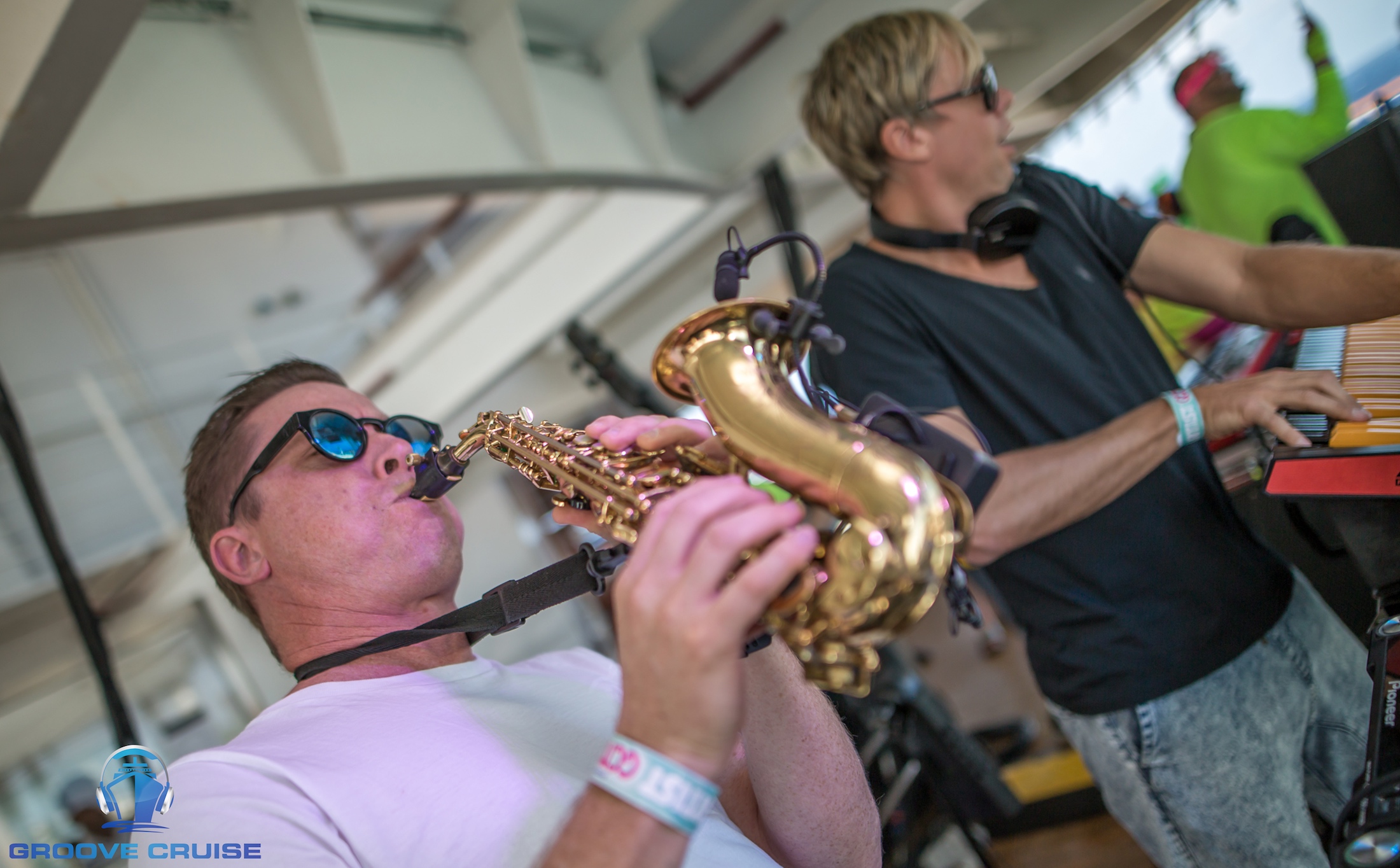 Waking up for day three was a little odd as the ship’s guests fled to party on the beaches of Gran Turk. With opening performances from Lavelle Dupree and Drums on the Sun, the star of the day was Borgeous who dropped a set incorporating more electro house and trap music. Ninety minutes later and fans were back on the boat for electrifying sets from Tom Staar and the Dancetronauts. But it was the late night extravaganza that took the ship into a new world of lunacy with filthy music from Paul Ahi and Damaged Goods in the Casino and intimate shows from Jochen Miller and Andrew Rayel in the theater. But all of it culminated as I sat near the back of the boat watching Lee Foss DJ above two emptied jacuzzis while the sun emerged over the ocean bringing in the final day. It was perfect, to say the least. 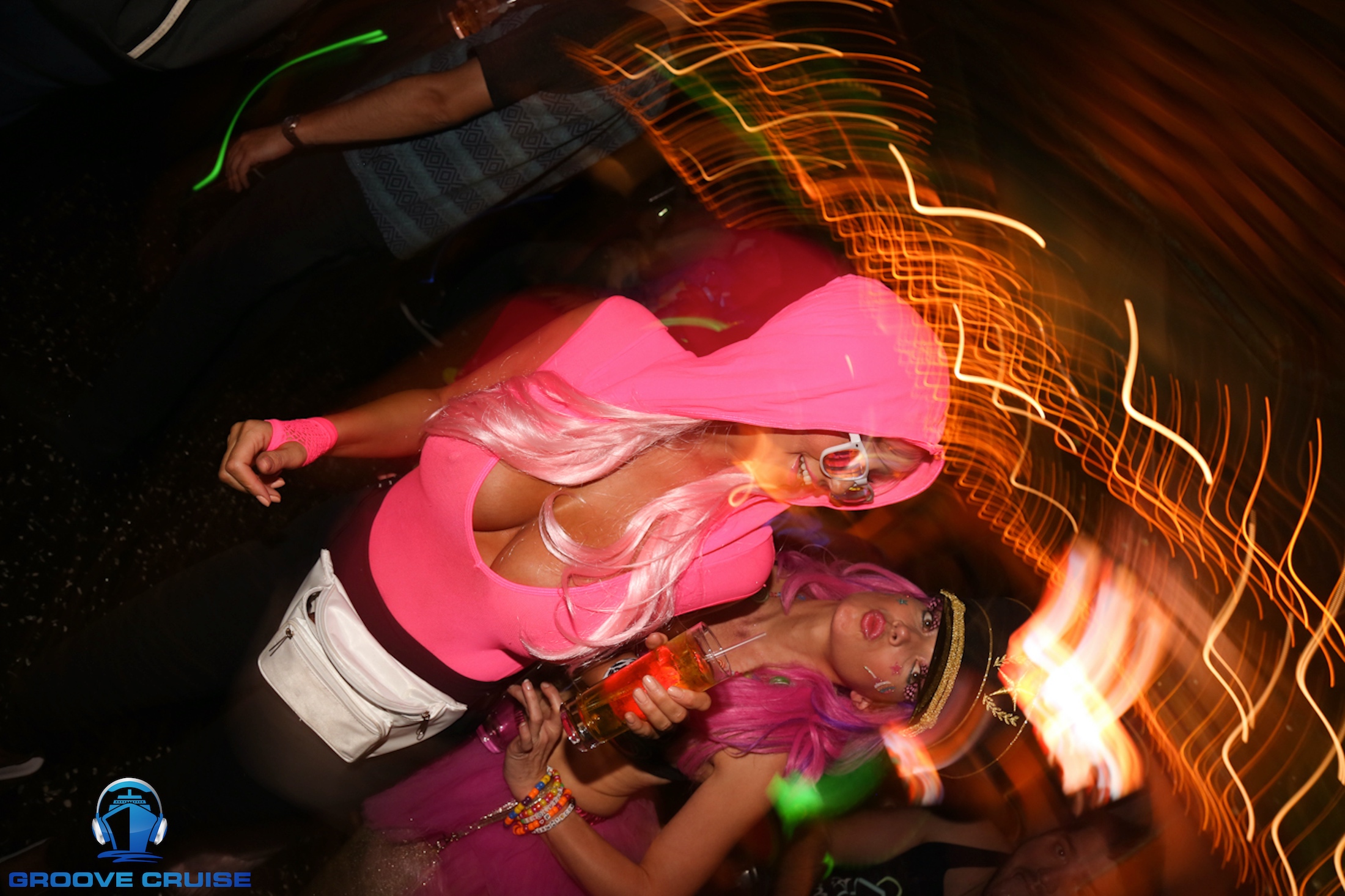 It was after a four-hour power nap that I made my way over to witness the No Xcuses Pool party which brought out Sons of Maria, Croatia Squad, Nora En Pure, and the main man EDX, who’s been a longtime favorite of Groove Cruise. As they flooded the whole ship with deep house vibes, wet and dry guests were dancing wherever they could find the space during the voyage back to Miami. After one hefty final dinner in the Atlantic Dining room, the people made their way to the sendoffs of sendoffs in the theater where Jax Jones, Hook N Sling, and the final Dzeko & Torres sets. From the deep, electro, and progressive sounds of four-to-the-floor house music, the theater packed for a farewell between audiences and a DJ duo as Torres will no longer be touring with Dzeko in the future. 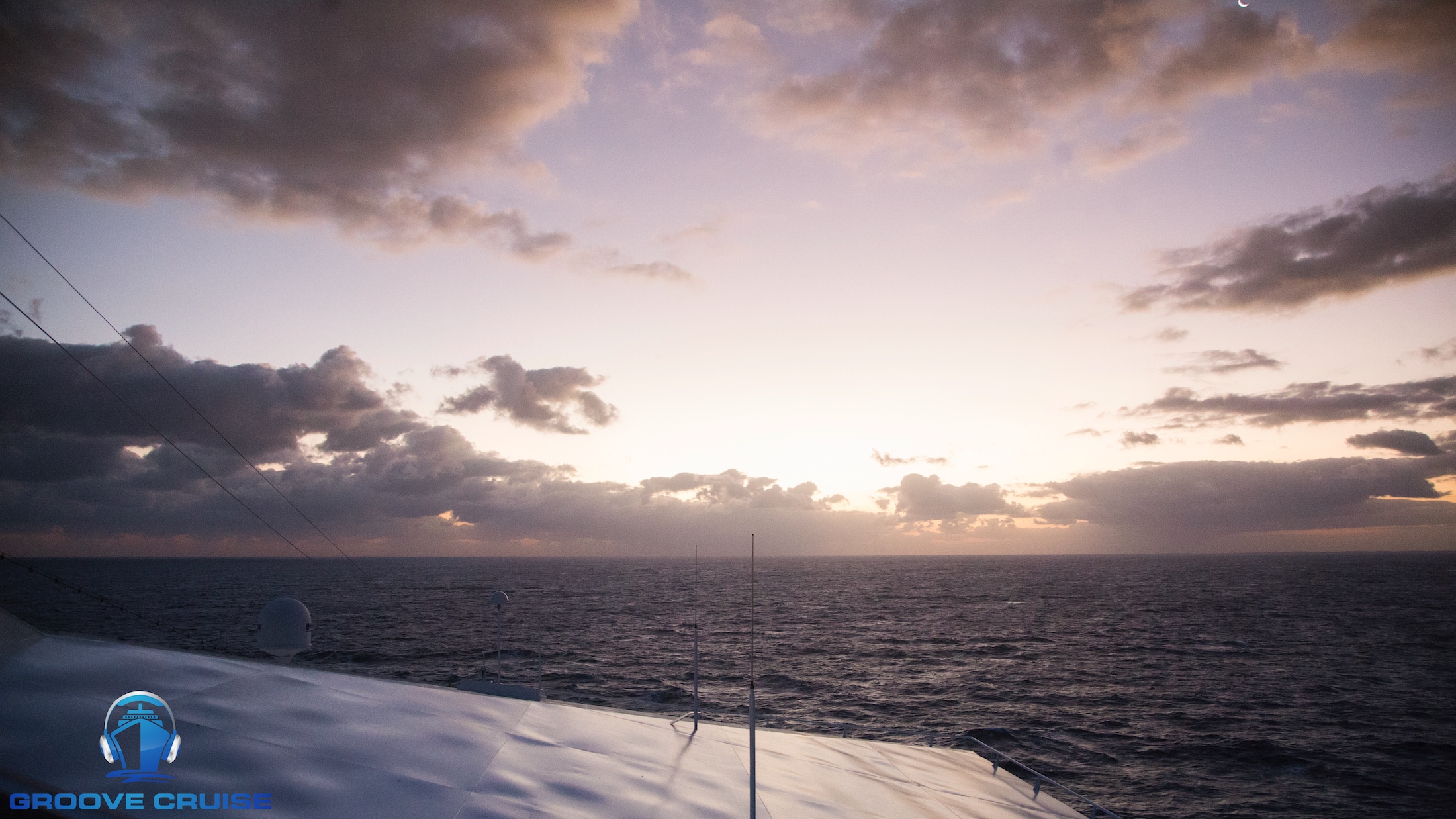 From departure to return, Groove Cruise was a non-stop party fueled by the insomniacs that inhabited the Carnival Victory. From wedding proposals to a wedding to the multitude of activities made available to guests and artists, the festival captivated a sensation of other-worldliness giving it a unique distinction from regular music festivals across the United States. Unlike the unrelenting rowdiness expected from cruises such as Holy Ship or Inception at Sea, GC had a musician base and fan base that was genuine and open to one another allowing the people as a whole to party harder and together. It’s an experience I’ve witnessed in very few festivals and shows, but one that elevates it all to legendary status. Whet Travel not only knows how to put together a music festival, but they have an adept ability to take cruise lines and transform them into musical-getaways. And although I went in knowing only a handful of people, I came out an made dozens of friends who I cannot wait to see by next year’s edition.

Kodos – In The Morning