Why Euphoria Is A Must-Visit Festival In 2017

by Your EDM Staff
in Events, Featured, Lineup

With the third and final artist lineup phase dropping in December, Euphoria Music Festival in Austin, Texas solidified itself as one of the top electronic music festivals in the midwest. With headlining sets from Alesso, Chromeo, Pretty Lights Live and more, that would be enough. But there’s also a good amount of hip hop on the lineup, with the likes of Wiz Khalifa, Young Thug, Post Malone, and other set to take the stage.

“From top to bottom, this is Euphoria’s most amazing lineup to date,” says festival producer Mitch Morales. “We have major players, institutions, exciting up-and-comers and even a GRAMMY nominee – all of which cross a multitude of genres, yet still reside within our euphoric musical vibe. I cannot wait to host our festival family, both new and old, again this April.”

As the region’s largest independent music festival, Euphoria attracts over 50,000 fans each year, all while maintaining the qualities that land it on many annual Top 10 lists. Conveniently located just minutes from Downtown Austin, the multi-stage music and camping festival will return to Carson Creek Ranch on the banks of the Colorado River and offer world-class visuals, unique stage designs, artist workshops, interactive experiential installations, enhanced camping options and much more. In addition to the previously announced camping enhancements, direct shuttle service and added greening initiatives deemed “Ecophoria” – the festival will also be offering wedding ceremonies. Tapping into the power of music and community to evoke emotions and forge connections, Euphoria is creating a beautiful space for couples to celebrate their union. Full details can be found at www.euphoriafest.com/weddings. 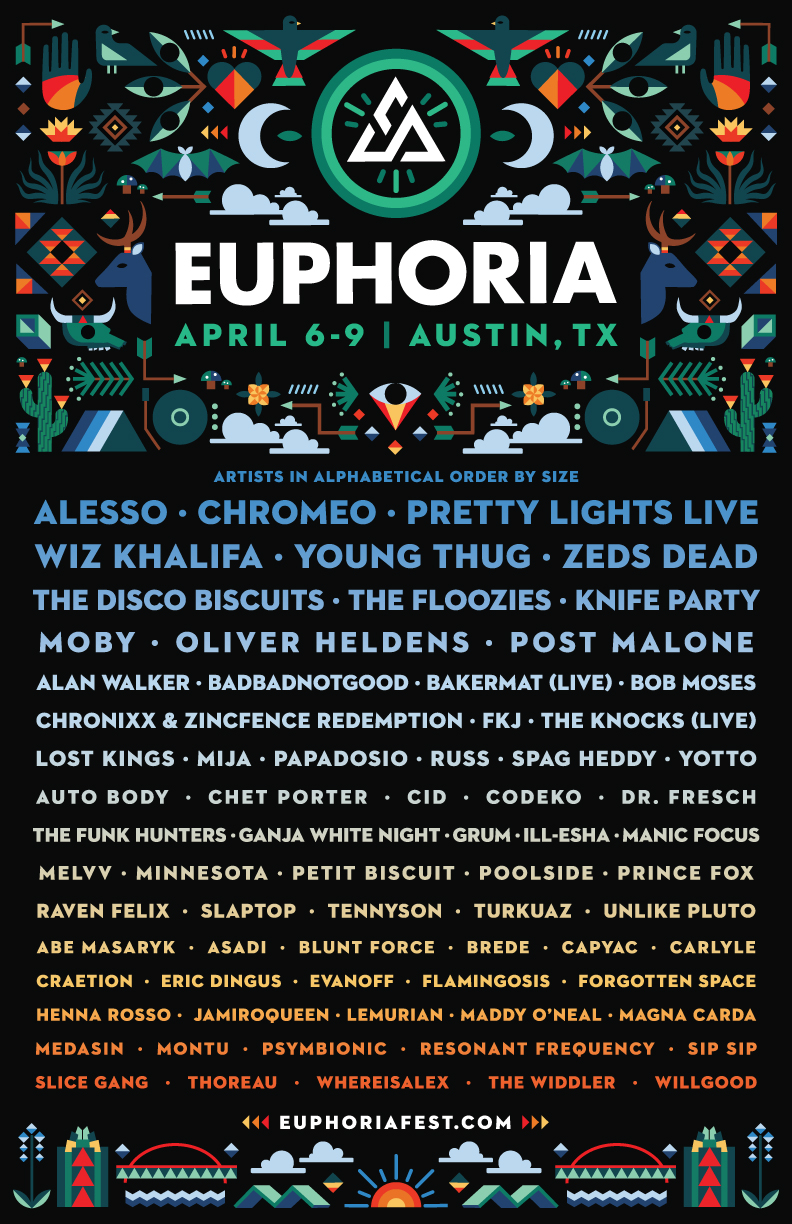