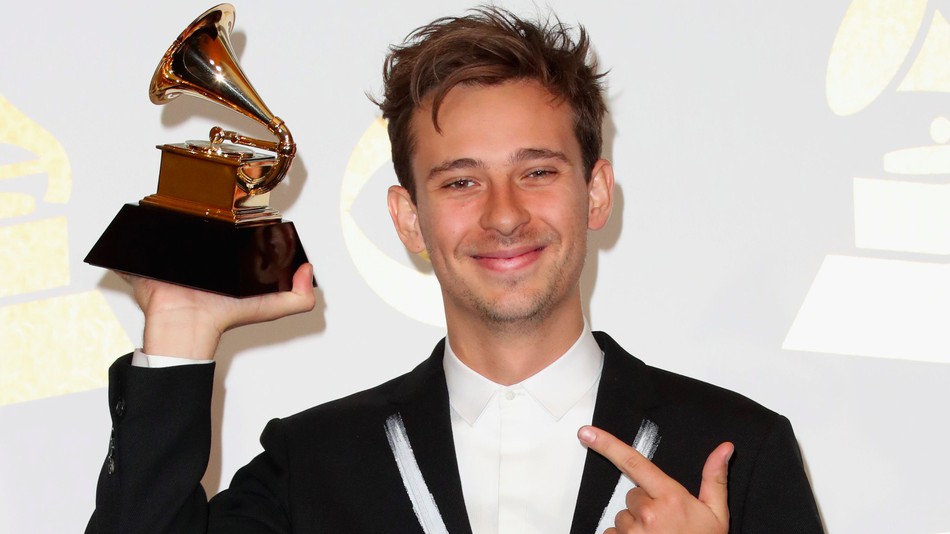 Well, it’s about damn time. Flume picked up his very first GRAMMY yesterday for his sophomore album, Skin. He won in the category for Best Dance/Electronic Album, up against competition from Tycho, Jean-Michel Jarre, Underworld and Little Louie Vega.

As Twenty One Pilots said in their acceptance speech, really anyone can become the next GRAMMY winner – even Flume, just four years ago, was posting on reddit asking random people to listen to his music.

Triple j called him just after his win and talked to him about the ceremony and celebrations, and he sounded absolutely ecstatic. He also revealed that the Skin Companion EP II will be a sort of end of the “Skin campaign.” Check that out below: