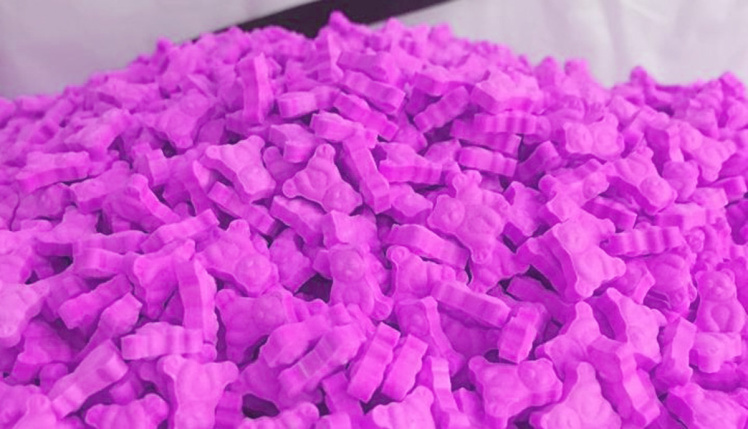 Four young girls were admitted to a hospital in Wythenshawe, Greater Manchester after consuming a dangerous new ecstasy pill-type shaped like teddy bears on Sunday evening. The girls, aged 13, have since been discharged to recover at home, a spokesperson said.

Detective Inspector Gareth Davies, from Greater Manchester Police, told BBC that he doesn’t know exactly what was in the pills that warranted the girls’ hospitalization, but remarked they “could have caused devastation for several families.”

“If you are offered drugs, particularly ones which are a pink and purple colour and have teddy markings on them, then please contact police.”

An 18-year-old man was later arrested on suspicion of supplying Class A drugs, remaining in custody for questioning by authorities.