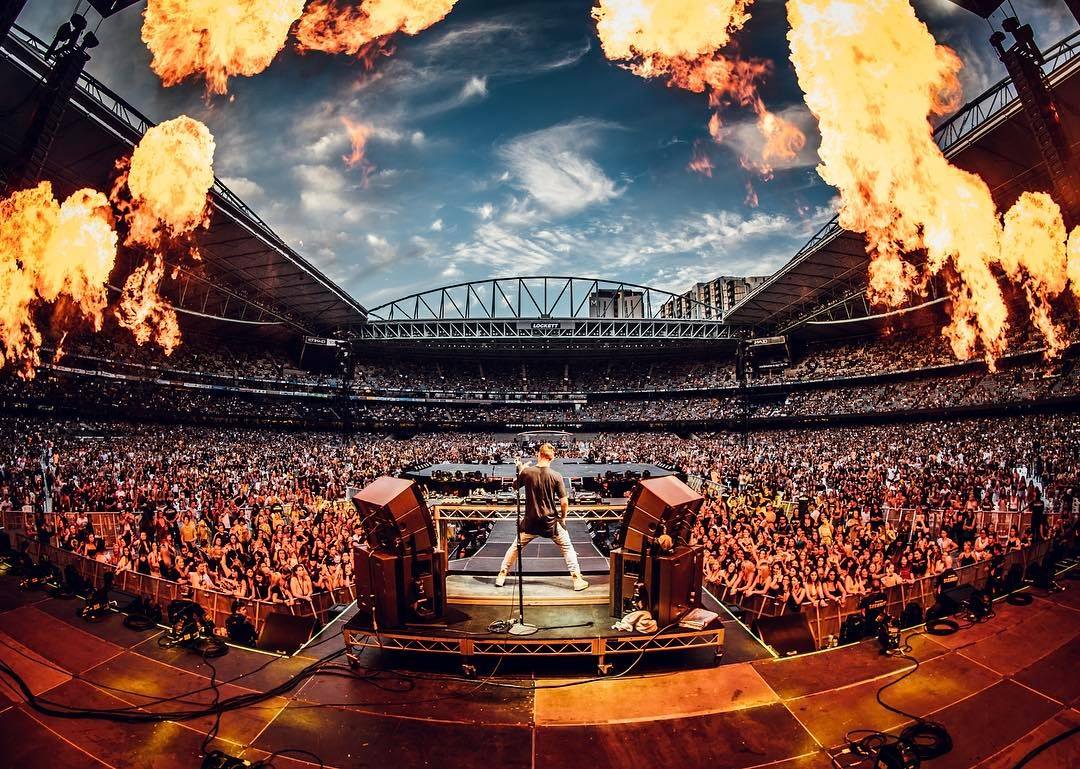 Justin Bieber‘s worldwide Purpose Tour hit Australia this week, where he and opener Martin Garrix performed to an immense crowd at Perth’s NIB Stadium. With their combined talent and fan bases, not to mention their shared management by Scooter Braun, the stadium lit up with the collective energy of a pop-meets-EDM showcase.

In videos captured during the performance, Bieber can be seen playing acoustic guitar to “Love Yourself,” as well as dance with full force alongside his back up performers and a seriously unreal stage production to boot. Garrix, meanwhile, is shown playing out his “Can’t Feel My Face” remix to screams and cheers.

Watch the action via a short clip below, and check out an epic photograph of the proceedings from Garrix’s Facebook.