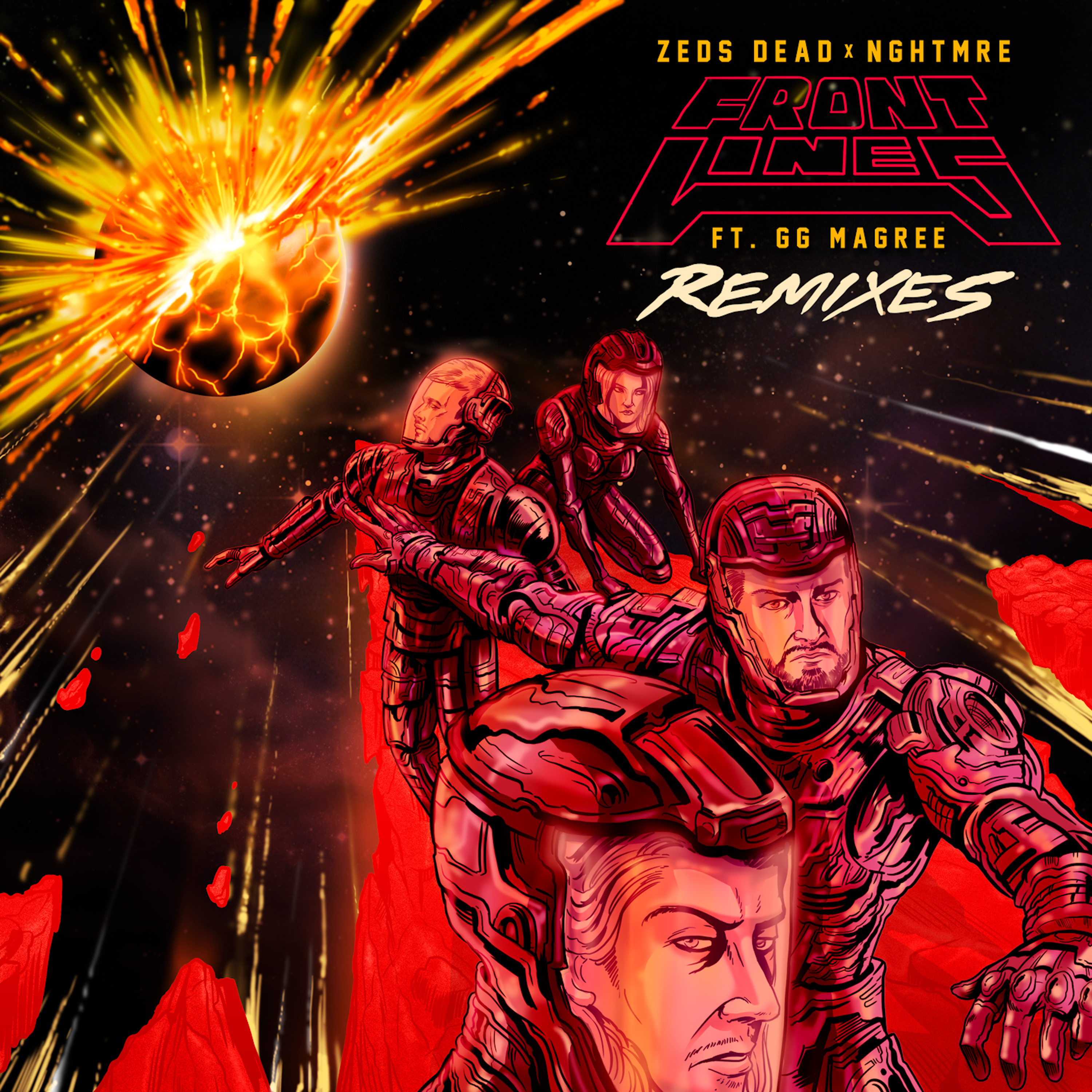 Zeds Dead and NGHTMRE fans are sure to be in for a treat today. Their collaborative single “Frontlines ft. GG Magree” has not only just dropped its official music video but are also announcing a huge eight-track remix pack courtesy of DeadBeats which will be released this Friday. Featuring heavy hitters Crankdat and Habstrakt with a solid supporting cast like Kid Froopy, AAZAR and more this one should be on the top of your lists come New Music Friday.

Meanwhile, you can enjoy this brand new music video for the single which features the same retro animation style that the music video for “Blame” featured. With the same director Chris Yee at the helm, the video features many of the same stylistic aesthetics as the “Blame” music video while telling the story of a riveting mission in space.

Frontlines is inspired by the dreams of space and time exploration from the 60s and 70s – exploring new worlds and venturing into the infinite unknown. The idea of the “cosmic family” inspired by Kubrick, Planet of the Apes, Star Trek and Lost in Space. Animation wise I was inspired by grunge era cartoons that used to run after hours.  Todd Macfarlane’s Spawn Cartoon, Aeon Flux and Heavy Metal, I used to sneakily stay up and vividly absorb programming like that as a kid.

Check out the full tracklist for the EP below as well. Comes out this Friday!