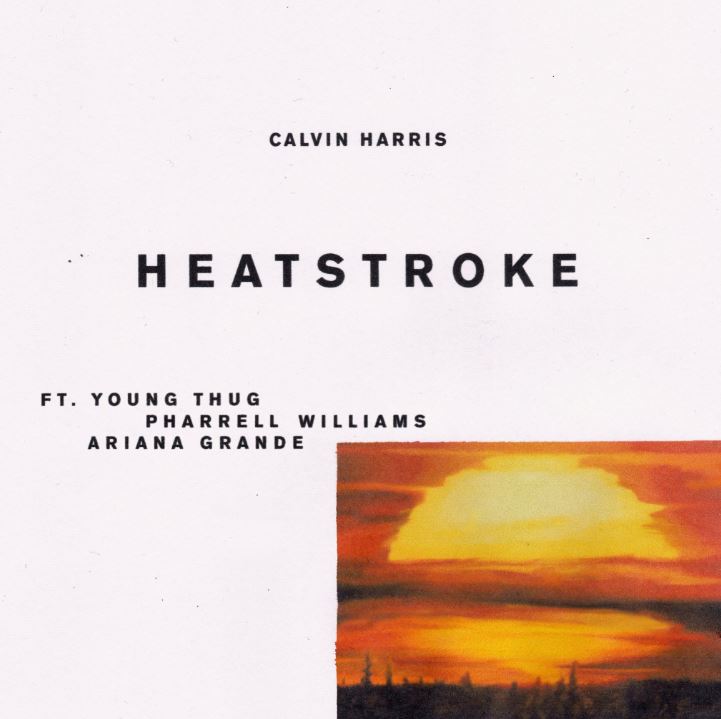 It looks like Scottish sensation Calvin Harris is revving up summer vibes like no one else is doing in 2017. After the butter-smooth wonder that was his previous single “Slide” featuring Frank Ocean and Migos, the producer/DJ enlists pop superstars Pharrell Williams and Ariana Grande alongside hip-hop boss Young Thug for “Heatstroke.”

In the similar indie-dance finesse “Slide” carried, “Heatstroke” flows with a certain essence of cool enforced by the vocal contributions and the neo-tropical rhythms. Young Thug and warm drum rolls welcome listeners to the funky vibes this track oozes from the get-go while Pharrell provides sugary lyrics and back-up vocals. But the song’s vocal majesty comes from Ariana Grande with her soft-spoken singing that sounds like they belong to the dream girl of an upcoming beach party flick. Combine that with the pop-as-hell instrumental Calvin Harris fleshed out with bass guitar strumming and soft timbre of the drums and you have a song that is sure to rule the next month on the Billboard Hot 100.

As Calvin Harris continues to depart from the progressive and deep house projects of the last two years, it will be interesting to see who Calvin Harris will pull together for his next release. It appears that he is combining his rooted history like on I Created Disco and Ready for the Weekend with his most production savvy techniques like on 18 Months and Motion. It’s weird how some things in life can come full circle, even for Calvin Harris.

Check out the new song here and decide for yourself if this is the next summer hit or flop!