by Karlie Powell
in Music

It’s been 3 years since we’ve heard new music from Odesza, and this might be our first hint that a release is near!

On Odesza’s Spotify page, a mysterious playlist has appeared with the following cryptic text: 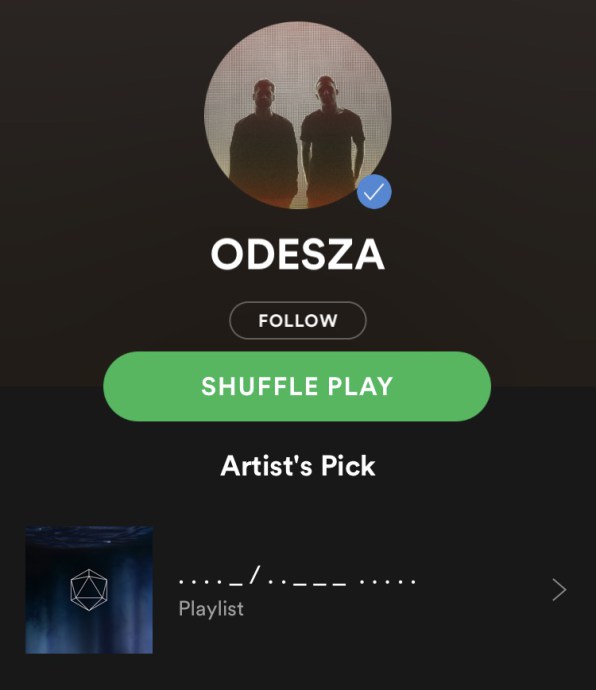 Naturally, the internet quickly caught on and figured out that it’s probably Morse code for 4/25 which is in t-minus 6 days! That, or it could be literally anything else — a single or album title — are we playing hangman? Or, it’s not any of those things and we’re just getting our hopes up.

With Odesza’s 2-night Red Rocks extravaganza going down next month, we are praying to the music gods that they drop a full album beforehand.

As vauge as the tease is, we’re super hyped because it’s about damn time!

Friends In Paris – When Your Heart Is A Stranger