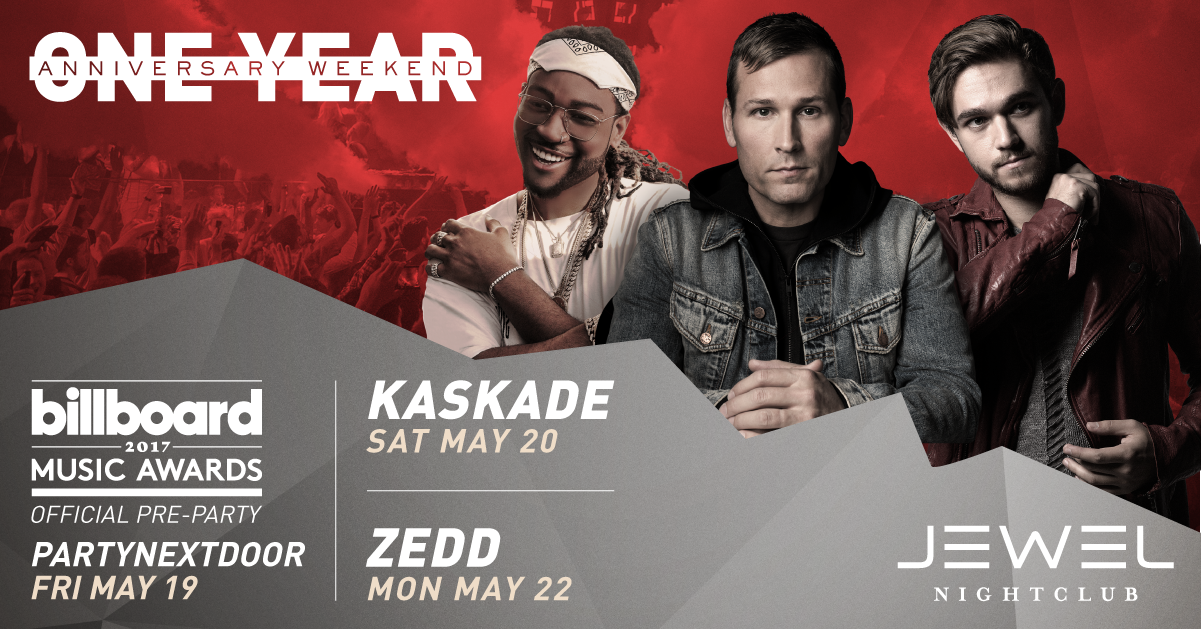 JEWEL has one of the most diverse and talented artist rosters on the Las Vegas Strip, as it often features resident music acts Steve Aoki and Lil Jon among other celebrated DJs. Its weekly activations “The Good Life Fridays” and “Flawless Mondays” have brought in countless memorable performances and high-energy parties for guests to enjoy.

JEWEL will celebrate its one-year anniversary in May with some stellar acts: Kaskade, Zedd, and Party Next Door.

Party Next Door will kick things off on May 19 at the Billboard Music Awards Official Pre-Party, while Kaskade will make his JEWEL debut the next night on May 20; Zedd will wrap things up on the 22nd.

Tickets are available now at jwl.lv/1year.