by Christian Naccarato
in Featured, Worth Sharing

Before you read this and say “another Chainsmokers article,” the Pop-EDM duo has just done something incredible for fans.

The senior class of Webster High School were treated to a surprise visit Tuesday by The Chainsmokers. After a short speech congratulating the graduating class, encouraging them to pursue their education, the duo presented the entire class with free tickets to their show later that evening.

The visit was arranged by non-profit organization Get Schooled, an organization which inspires the want for education in youth with mediums they can connect with.

Instead of performing at the school, The Chainsmokers took pictures with individual students and took the time to chat with them about their educational future.

And this isn’t even the first time that The Chainsmokers have done something like this while on the MDNO tour. A couple weeks ago, they even crashed a prom. And while you could say, “Yeah, such-and-such an artist did that too!,” you still have to admit that it’s pretty damn cool. 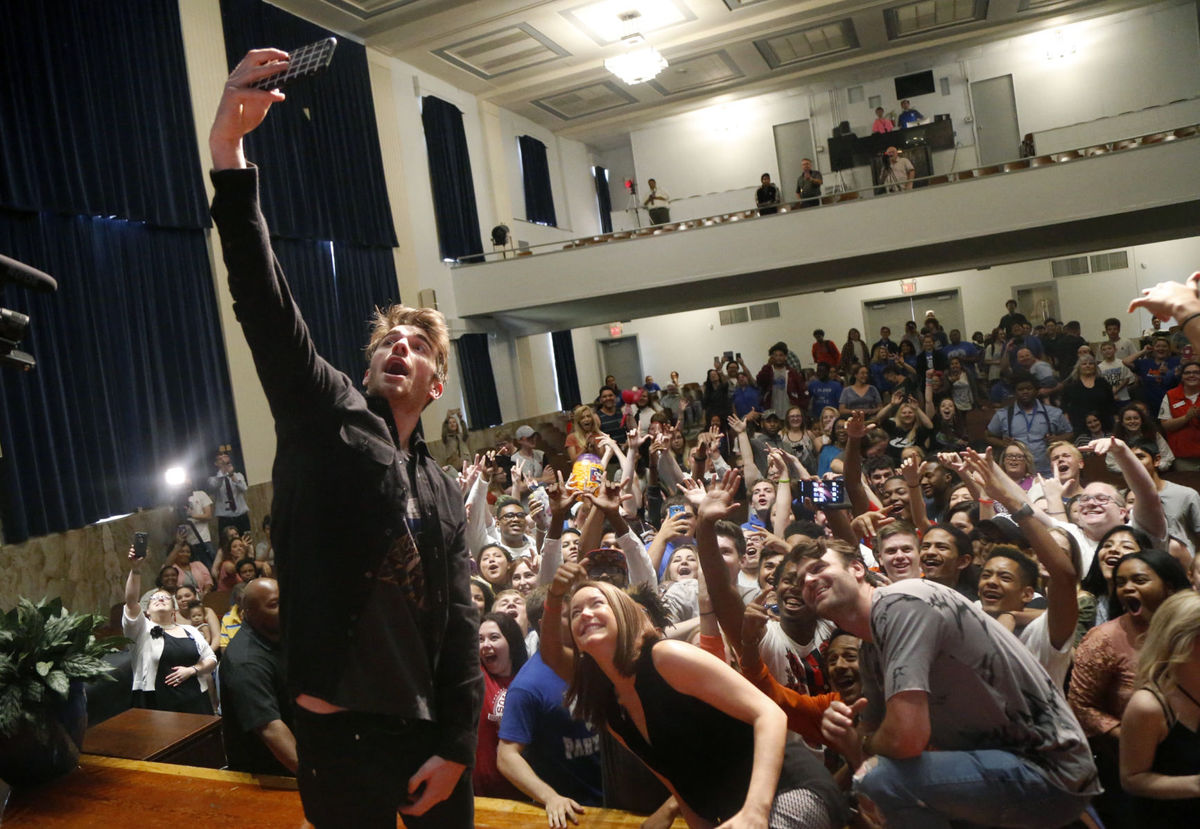