Memorial Day weekend in Tampa, Florida becomes the home for Sunset Music Festival every year. Last year, headliners included the Chainsmokers, Jack Ü, Galantis, and Hardwell cementing the overwhelming presence of pop-influenced EDM and electro house. This year, however, decided to recruits headliners and most of the main stage’s acts who have made names for themselves with trap, dubstep, moombahton, and future bass. Covering those bases were RL Grime, Zeds Dead, and Major Lazer while the final headliners were trance legends Above & Beyond.

Saturday kicked off with opening performances from K?D and 4B at the Sunset Stage (main stage). Where K?D’s dark and gritty sounds had the crowd swaying and head-banging, 4B’s set had the people jumping and throwing their hands in the air to his moombah rhythm and trap bangers. Meanwhile at the Eclipse Stage, Monstercat alumni Unlike Pluto and San Holo ruled the late afternoon slots with their peculiar styles in bass music. If you were looking for a consistency in four-to-the-floor music, the Horizon Stage boasted Drezo, Brohug, and Wax Motif, with pro-wrestling legend Hulk Hogan joining Miami producer/DJ Cedric Gervais  for his slot. 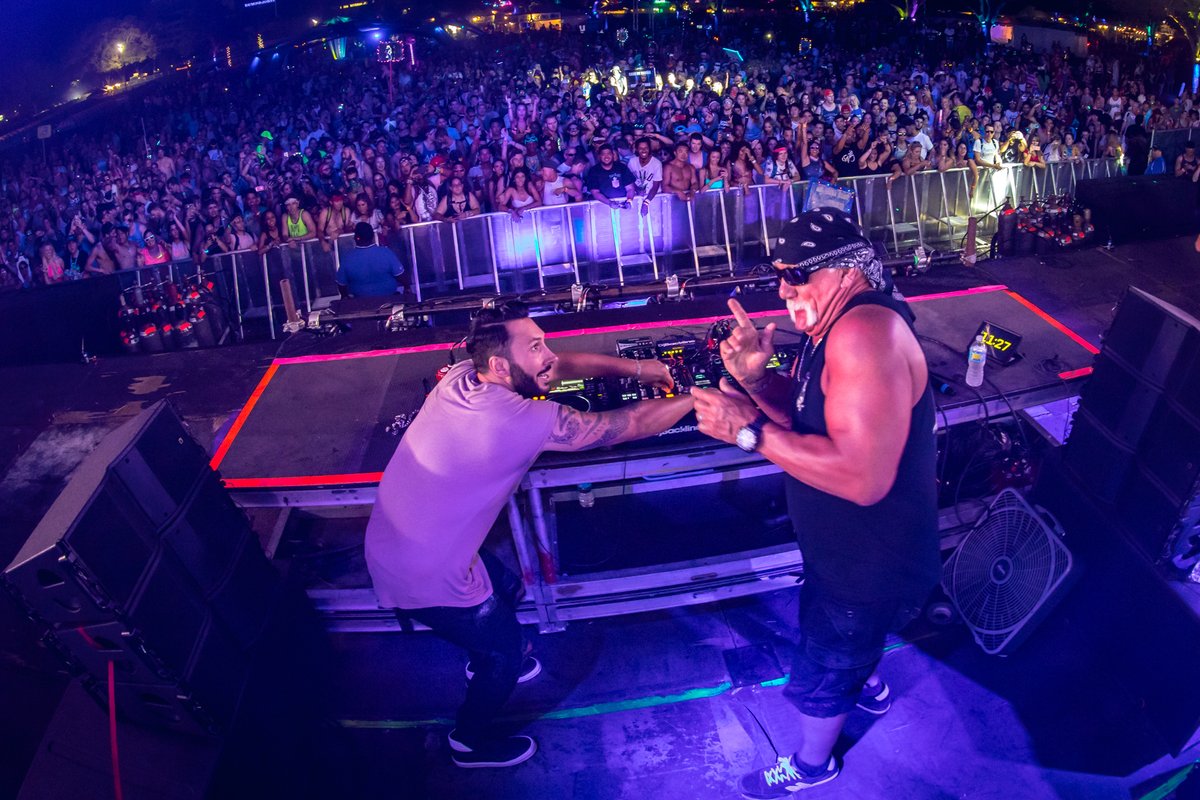 But the real kings of Saturday included Ghastly at the Eclipse Stage who brought Slushii on board towards the end of his set for a back-2-back that was tenacious and heavy with rumbling rounds of the speakers booming into the evening. Slushii also ruled his solo slot on the Sunset Stage. With every ferocious dubstep banger in his arsenal, the audience was head-banging and opening up mosh pits to every other song. Then there was RL Grime blending his atmospheric trap music with contemporary hip-hop tracks like “Black Beatles” from Rae Sremmurd, “HUMBLE” by Kendrick Lamar, and “Goosebumps” from Travis Scott. If there was a winner among these champions for day one of Sunset Music Festival, I have to lean with RL with his grandiose visuals and omnipresent sound throughout his set.

Sunday kicked off with ALOK, Crywolf, Kungs, and Infuze across all the stages. Since it was early in the afternoon, I stopped in to check out the Bud Light Chill House which had its own DJ set up, games of over-sized Jenga, and popsicles made of Bud Light that were free for guests. It was the perfect air-conditioned spot to cool off and escape from the sunny Tampa heat. The next destination was a combination of MK‘s set at the Horizon stage and Ookay breaking necks at the Sunset Stage. 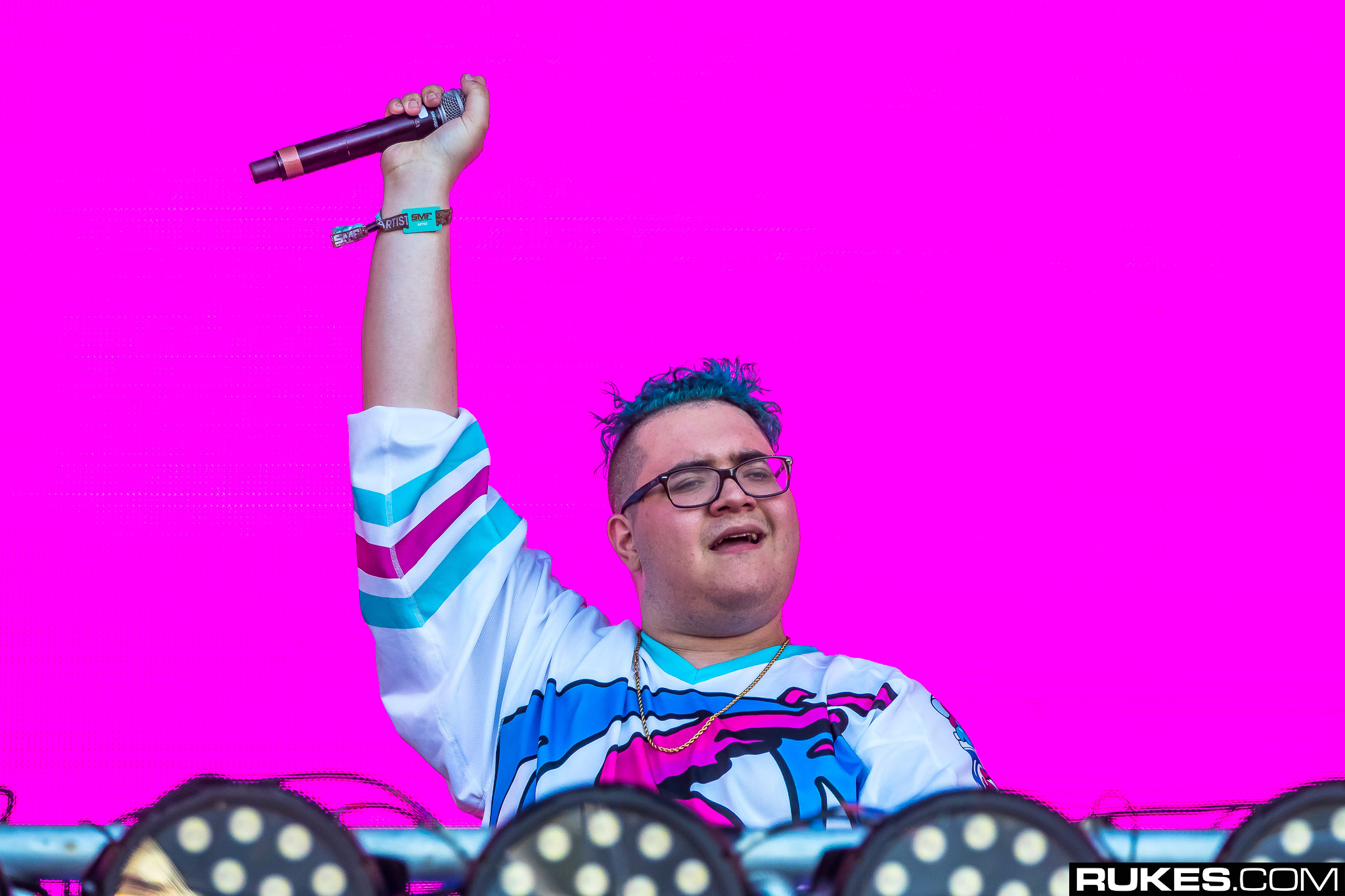 The winners of day two were neck and neck with their visual graphics, serendipitous mixing, and crowd reactions. The first of these extraordinary acts was Louis the Child at the Sunset Stage who played a beautiful set filled with their relaxing take on future bass. Spag Heddy dropped an intense amount of riddim and dubstep that could not be matched by most of the headliners throughout Sunset Music Festival. The following performance from KAYZO obliterated the audience by utilizing a dense selection of hardstyle and happy hardcore.

Aside from the musical performances and the entertainment services provided by SMF, security and medical personnel were completely on top of their game when dealing with the incoming ravers the whole weekend. With the nearly 50 arrests and zero deaths reported, the authorities on law enforcement and medical staff met the most important rule of any festival: keeping everyone safe to the best of their ability.

All in all, Sunset Music Festival 2017 was a massive success. Venturing with newer headliners, offering a variety of foods and beverages, and maintaining a high standard of safety, SMF continues to grow as one of the Sunshine State’s most popular music festival.