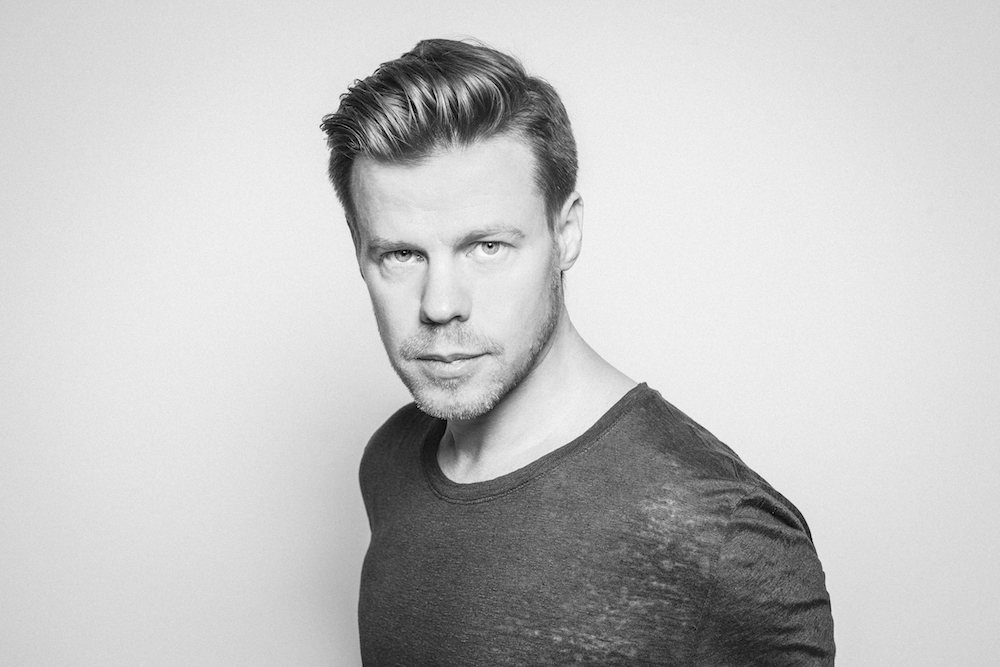 The electronic music world is definitely based around singles and individual tracks. It feels like no matter the genre, the album is a lost art form. Leave it to one of trance music’s biggest names to dive full on into not just an album, but a full hour-and-a-half long concept album. Ferry Corsten dropped his new album Blueprint last Friday. We got the chance to sit down and talk with the legendary producer about his new album before his show at Exchange in Los Angeles, where he played several tracks off the album and even brought out vocalist Haliene for a song. Taking the enthralled crowd on an incredible sci-fi inspired journey with breathtaking visuals, Ferry composed a narrative out of many tracks and lifted the crowd to another level. Here’s what the Dutch trance legend had to say.

Hi Ferry, Blueprint just came out today, tell me a little bit about the concept and how you came up with the idea?

“I kind of wanted to do something more than a music album for a long time, but I never really knew how to get there, how to start. As I brought back Gouryella last year, which is, a lot more storytelling, and I was watching some music video stuff of Antihero with my Dad, and he was like, it would be so cool if you would take the next step. And I was like, let’s go, so he mentioned Jeff Wayne’s ‘War of the Worlds’ which is a rock opera from the 70s and it’s a pretty narrative story. I was like okay that’s what I want to do. I want to combine an audio book with a music album, and so it happened.”

Coming up with an idea is one thing, how did you execute your vision from a production standpoint?

“Well, the story was really leading this, because where do you go with a concept album? The story was what I needed first in order to give me direction of how to make certain tracks, the emotion of it, aggression, hopeful, sad. So once I had that I knew how to approach every sort of chapter of a story with a type of emotion. I wanted to give it a bit more cinematic approach in terms of music, so the whole soundscaping of it is a lot more detailed, a lot more lush, instead of typical trance stuff. Also doing an album, for me, has always been, since I put out my first album, has been about showing your diversity as an artist. Not just 12 banging tracks on an album, anyone can do that. If you are that producer that can do more than that, show it, an album is the right platform for that.”

You’ve been on the cutting edge of trance for practically 20 years. How do you stay invested in what you do after so long?

“In a way, it sounds weird, but everyone wants to look forward, but I really look backwards a lot. I try to see where I came from, what people liked then, also at the same time I’m looking around to see what people like now, and I try to combine the two. I think that gives the whole thing a sense of modernity, at the same time it has that familiarity of the old stuff. That’s the way I do it, that’s my process, everyone has their own I think, but that works for me.”

Any takes on the state of dance music today? Do you think it’s reached it’s peak as some people have said, like Pete Tong, do you think there’s still a lot of wide open territory?

“I see where Pete gets that from, but on the other hand, I think 10 years ago, that could have been the same comment. So I think dance music always evolves. The trend that I’ve really seen over the last year-and-a-half; let’s put it this way, when I broke through in the late 90s/early 2000s, a lot of the music grabbed back from stuff from the 80s. Now we’ve come to the point where we grabbing back from the 90s. If you listen to house, not big room, but ‘real’ house, it’s all going back to mid 90s stuff. They call it future house? It’s nothing more than UK garage from the mid 90s, updated. Techno, same thing, it’s going back to the elements that were used in the mid 90s. I see myself going back to trance from the 90s, my early stuff, taking those elements, the style of producing, taking that and using it again. But, since we’re in the new age, new technology, other styles of music, like all the dubstep and bass stuff, just to give you an example, automatically will influence that older style, so you get a new blend. So I think it will always evolve really.”

What can fans expect this summer? Where do you see you and your other projects going in the future?

“Summer’s going to be a few gigs in Ibiza at Cream at Amnesia, I’m doing loads of festivals. Where will I go in the future? I don’t know, that’s one thing I haven’t really figured out yet. Gouryella 2.0 has been announced for Transmission. It’s the Gouryella show updated with new music and visuals. I’m pretty much riding out the wave of Blueprint and then we’ll see.”

Haliene, who contributed to five of the songs on Blueprint, also shared some of her thoughts on getting in the studio with Ferry, how vocalists can enhance songs, and her love for trance in particular.

Tell us about your work on Blueprint and how was it like to work with a trance legend like Ferry Corsten?

“It was absolutely amazing working with Ferry because he’s got such an incredible work ethic; and a great heart as well. He’s an incredibly kind person and he’s got a really great ear for songs and songwriting. We just spent like three or four days with him in the studio at one time and then more days thereafter. He is just so involved in everything and it was really amazing to see his artistry at work. And to get to really be in the same room with the DJ, because often I write the song, and then I send it to a DJ in Holland and they produce it out, send it back to me with a couple of comments and it’s done. And I may never meet them until it comes out at some point. That happens to me most of the time, so it was really a gift to get to spend so much time with a legend and also a pioneer in dance music. He’s doing something that really hasn’t been done before and I was really honored to be a part of it.”

As a vocalist in the electronic dance music world, what do you feel you bring to tracks and what’s your responsibility to try and enhance the live experience for the fans?

“My voice has a sort of unique tone people tell me, it’s kind of got an ethereal vibe, so it kind of lends itself to trance, which I love, trance is in my heart, in my bones. So what I try to do with every song is take people to another place. And I feel like trance also really does that, it’s spiritual in a way, it transports your soul, and your mind and your heart. So what I try to do is bring words to that and even elevate it some more. Trance is my favorite, it’s just in my being.”

Don’t miss out if you’re lucky enough to be in Europe this summer for one of Ferry’s tour dates. Ferry will be performing two different sets at TomorrowLand this year, one of them a Gouryella set. Check out Blueprint below and let Ferry take you on a sonic journey.