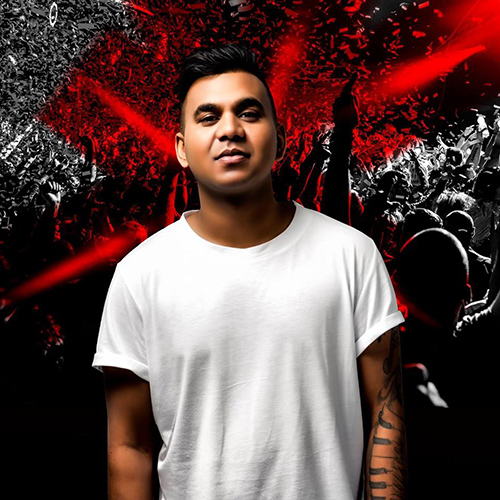 Your EDM Interview: Dyna On Making Another Stellar Sound

The undeniably skilled producer and DJ Dyna has and continued to make serious waves with his varied productions, and they are on show for the world again right now. He has just released the fantastic ‘Mercy’ ft. Lyre, and it’s a gorgeous release.

Check out our chat with Dyna below to find out more…

Firstly… your new single ‘Mercy’ has all the makings of a classic. What do you feel you learned throughout the journey whilst making this track?

I was really honoured to rework this classic. When I was a kid I listened to the original by Diana King, and I learned that some tracks are just timeless. Making music with the elements I have used in ‘Mercy’ was kind of new for me, and I guess that is what I have learned.

What was it like working with vocalists Lyre on the single?

Really awesome! These girls rock and I hope to work with them again in the future.

What did the girls bring to the tune?

Both girls really have a soft and kind voice. It also is a sound that fits more in the era we live in, and I really loved their lyrics they have written (besides the chorus).

Would you be keen to work together again?

Did you know straight away the sound you wanted to capture?

No, that’s a creativity process. Sometimes when you are going to the studio you already know what kind of track you are going to make. But when you work with vocalists you have never worked with, it will always be a mystery what is going to come out of the studio.

How have your fans reacted to it so far?

My fans always support me, and so far everybody loves it!

Where did you find influences when you’re creating new music?

I have a producer room made by Jan Morel, a man who made a lot of studios for big names in the industry. Genelec Speakers and Sub, a good soundcard and my Macbook. I got a lot of other different gadgets, but to make good music you don’t need that much. It’s all about production skills and creativity.

Do you ever write music on the road?

Sometimes while I’m on tour, because you also have to make music while on tour. I don’t want to disappoint my fans, they mean the world to me.

Say you could pass on a couple of tips to your younger self just starting out as an artist… what would they be?

If you could name three artists/groups who have influenced you the most throughout your career so far, who would they be?

Making dope music for my audience here in The Netherlands and continue making music for the mainstages worldwide. I wan’t to make music that everybody likes.