Brownies & Lemonade isn’t just a strange nutritional pairing anymore, it’s also the name of a major movement in LA dance music. The collective or promotional group or something else entirely (B&L has worn many hats) has embedded itself as a part of LA dance music culture, as can be clearly evidenced by the myriad artists who have called their stages home. But it isn’t just dance music; the artists booked for B&L shows are as diverse as the people who go to them.

This year, B&L is honored to participate in the Red Bull Sound Select series of shows as a full-fledged curator, putting together a stellar lineup of shows. Red Bull Sound Select is an accelerator for music artists. It consists of 18 city residencies, 200+ events each year, 250+ artists, 50 partners and a growing list of our own festivals like 30 Days and 3 Days in Miami.

Tonight, Brownies & Lemonade has their own showcase at the Belasco in Los Angeles that you do not want to miss… trust us.

We caught up with events producer Chad Kenney to ask him a few questions about B&L, their partnership with RBSS, and more. Details on tonight’s show can be found here.

Brownies & Lemonade has been a fixture in LA for a couple years now. What does this milestone mean for you as a brand, and also as the founders of the brand?

It’s been a huge milestone being able to work with Red Bull Sound Select in a creative capacity, and pretty surreal to see the growth from a couple of kids who just wanted free Red Bull product at our small parties a few years ago, to a full-fledged team helping put together a show for the 30 Days in LA series last year. Working with RBSS on this show at Belasco is a culmination of that growth as well.

Bringing out special guests like Diplo, Lido, and Alison Wonderland for shows is a pretty clear indication that you guys have caught the eyes of some major players. Do you try to stay visible as a brand or does it come naturally at this point? 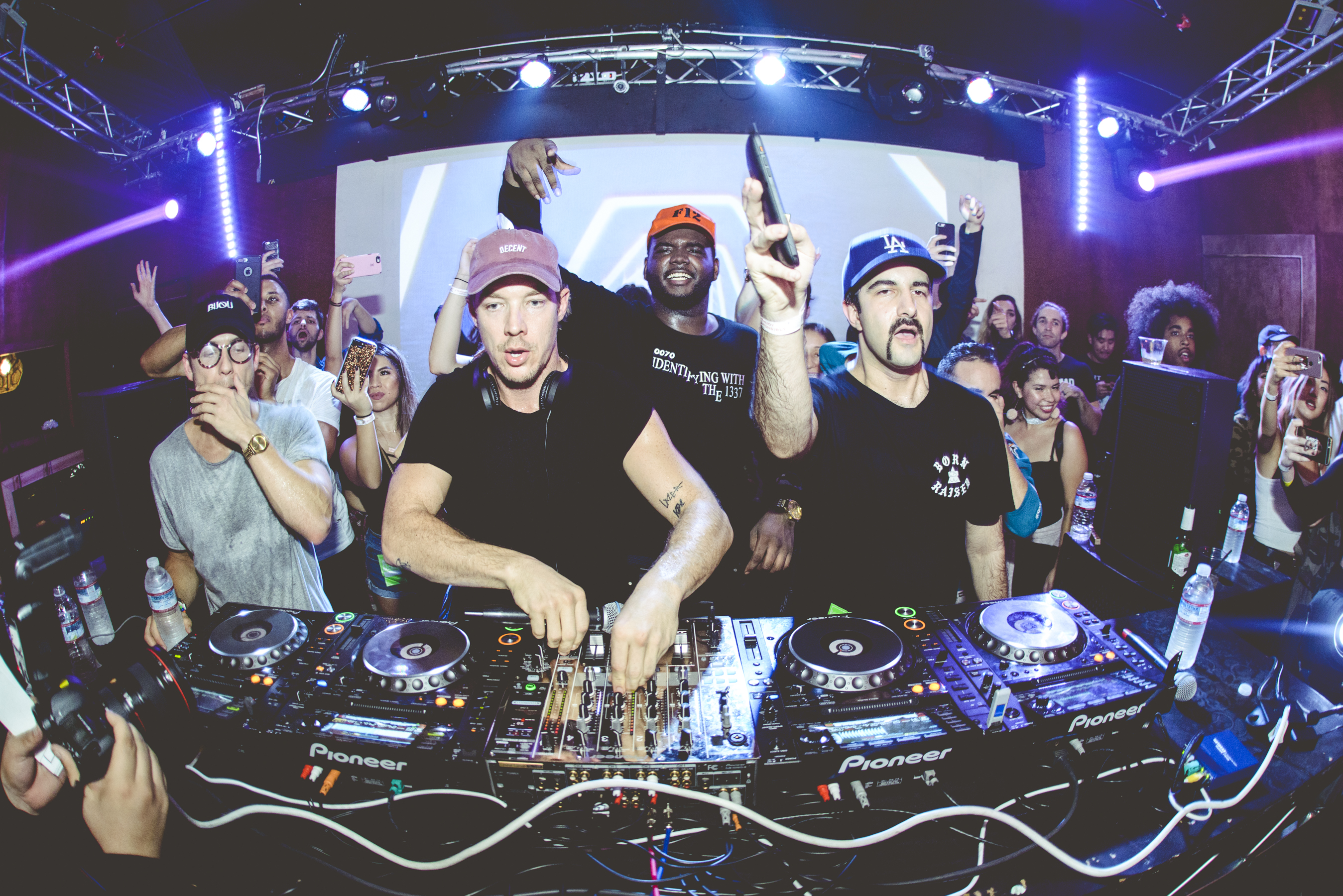 Every time we’re able to work with artists of that caliber it’s always a big deal for us and we definitely don’t take it for granted. For all the visibility that these artists have helped us gain it adds more expectations to continue to bring that level of talent to our shows, so that requires a lot of hard work that doesn’t come naturally.

You clearly have a devoted group of fans, but also a lot of DJs who owe a lot of their first appearances in LA to a B&L show. What’s one of the more memorable debuts you’ve featured?

When looking at the incredible rise of artists such as Louis The Child, Sam Gellaitry, Jai Wolf, etc. it’s pretty hard not to look back at their LA debut with us and reminisce. For me personally I think the first Moving Castle showcase in LA really felt like a watershed moment for us by being able to bring out the wave of internet talent that wasn’t getting shine at that time. And it’s all been up from there.

How do you think Red Bull has been able to bridge the gap between “just an energy drink” and a major sponsor and mover in dance music?

They just have the right people making decisions that allow projects like Red Bull Sound Select, Music Academy, BC One and Culture Clash to gain the necessary funding and production to have an impact on music culture.

I think that many companies invest in dance music / events solely focused on making a return, and Red Bull has focused on transformative projects that pay them back more through community and culture experiences than dollars and cents ever could.

As far as LA fixtures, B&L is a pretty heavy player for some of the craziest parties. What do you think of the importance of bringing (mostly) free music to people who might not have ever heard anything like it before?

None of us at B&L ever believed that music should have a high entry level price point in order to be enjoyed. When young, promising artists are playing their first shows how are you going to convince an unfamiliar audience with a $40 ticket? Luckily there are some really successful artists and partners here in LA that also share that sentiment.

A lot of LA party crews tend to stick to the “EDM” model. B&L has made a point of branching out into a lot of different styles. Case in point: Denzel Curry or Jazz Cartier. How have you been able to branch out without alienating a core fan base?

LA more than anywhere else represents a unique intersection between so many various cultures and styles that people are open to. I’m not sure a lot of people could branch out in other cities the way we’ve been able to. You’ll go to a typical “EDM” festival these days in So Cal and kids react the craziest for a Kendrick Lamar song.

Genres have been blurred beyond recognition since the term EDM was first coined and I think our parties and fans have embodied that naturally.

Becoming a curator for RBSS in LA is clearly an indication that you’re here to stay, but what’s next for B&L the rest of the year? Next year?

We just want to continue throwing shows each week and bring good music to people that want to hear it.