The Billboard Hot 100 Music Festival is going down in New York this August, and we’re giving one lucky fan the chance to win two tickets to the festival. The two-day festival, which is set for August 19 and 20, will feature Major Lazer, Big Sean, Zedd, Camila Cabello, DJ Khaled and Gucci Mane as headliners. Bebe Rexha, Lil Yachty, Tinashe, T-Pain, Sammy Adams and plenty more will also be performing over the fest weekend.

Additionally, Marshmello, Demi Lovato, Rick Ross and more were just announced to also be performing at the festival.

Enter below for your chance to win! Get your passes while they’re hot: hot100fest.com. 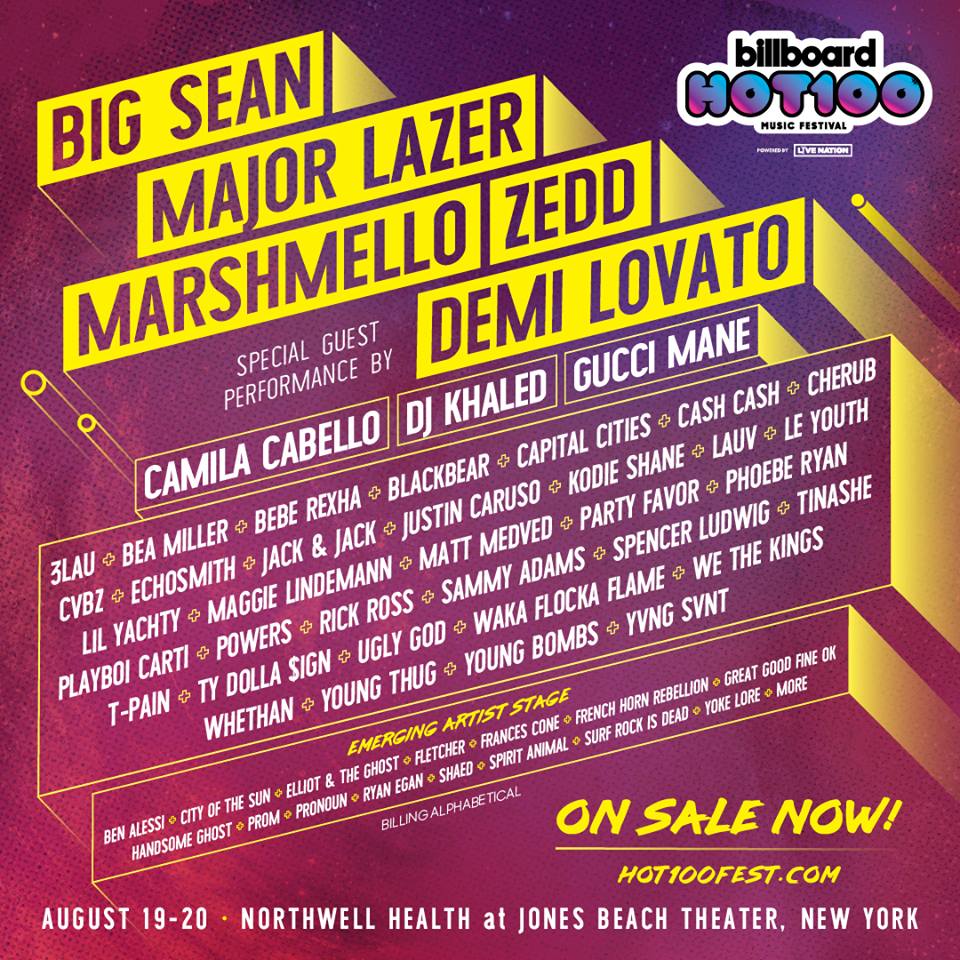