An Inside Look Into Camp Bisco 2017

by Rain Robinson
in Events, Louis The Child, Photos, Reviews

This year was the third iteration of Camp Bisco on Montage Mountain, a ski resort in Scranton Pennsylvania. However, the festival has been alive since 1999. The humble mountain, armed with a lazy river, a tornado water slide, a wave pool and four lightning fast water slides is a unique place to find yourself listening to electronic dance music. Their line up this year consisted of Bassnectar, Pretty Lights, GRiZ, Lotus, Gramatik, 12th Planet, Louis the Child, and so many more. Oh, and of course, six sets from The Disco Biscuits, the group that started it all.

My first taste of Camp Bisco started as we arrived early for camping the night before the festival started. This was definitely one of the thorns of the whole weekend, a rocky start to what turned out to be a great experience. After waiting in line for roughly six hours, two bus rides, and a lot of walking and lugging of bags, we finally set up camp on what is normally the ski slopes on Montage. 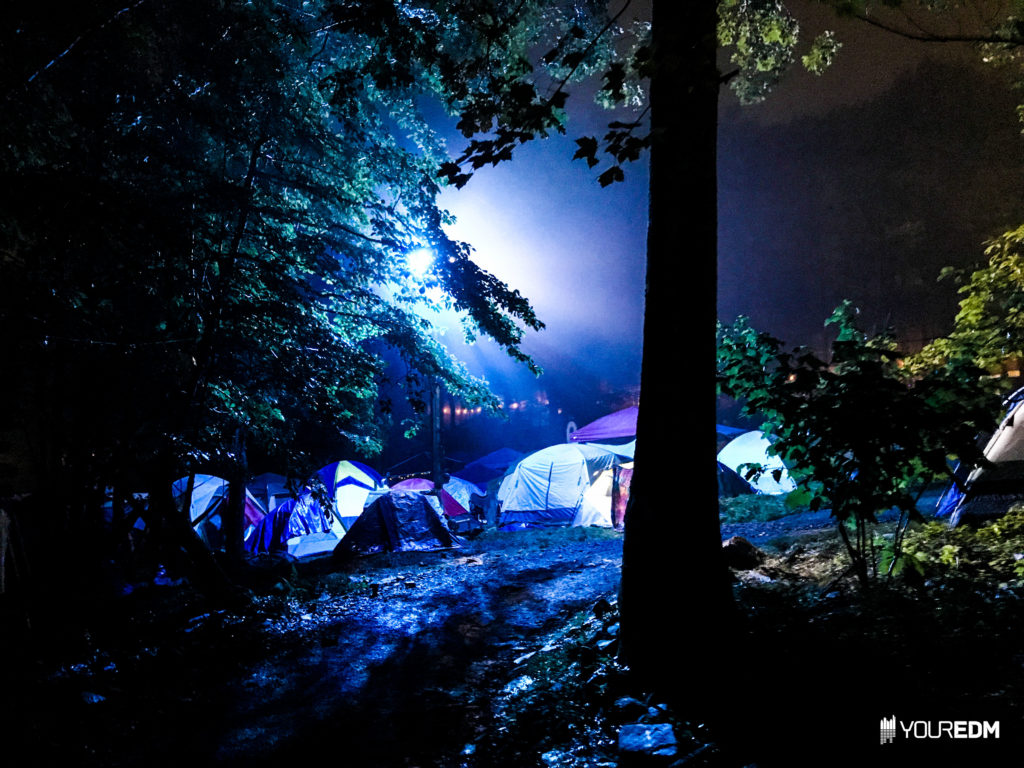 The three days were action packed with a lot of great artists and endless amounts of entertainment from the attendees – people watching was entertainment enough. Between three stages, there was never a dull moment on the mountain. The first stage we arrived at upon entering the festival from our campsite was called Above the Waves. Cleverly named as it sat right next to the wave pool, this stage hosted some of electronic music’s biggest up and comers like Louis the Child, The Knocks, Brasstracks, as well as some classics like 12th Planet and Kill The Noise. With a wide open dance floor, this stage was a hit with festival goers who enjoyed dancing in the wave pool while listening to some of the best jams. 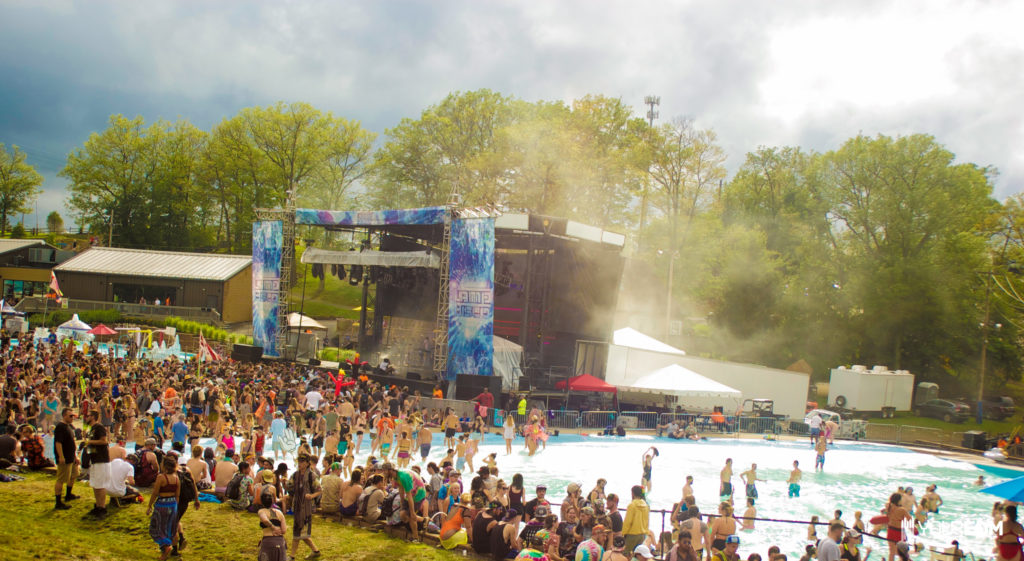 Close by to this stage was the entire water park as well. You could listen to G-Jones while drifting away in the lazy river. As you walked past the stage, there were tents lined up in what I liked to call “food row.” There were places to grab a beer, get some BBQ, take a dip in the lazy river, or slide down one of the fastest water slides on the mountain. As you walked down the hill and through “the tunnel,” you emerged on the other side where the main stage was located. This is where you could see GRiZ, Pretty Lights, all six sets of the Disco Biscuits and any other major performing artist on the bill. The stage was massive and had an incredible display of lights.

This is where GRiZ, Bassnectar, The Floozies, The Disco Biscuits and Pretty Lights captivated me. While every artists had a stellar performance with impeccable sound and a phenomenal light show, GRiZ was by far the most fun. Before coming on stage, GRiZ’s floating, spinning logo was all you could see on the stage as all other lights went dark. The audience grew silent as Jim Halpert’s voice could be heard talking to Dwight Schrute about beats, bears, and Battlestar Galactica. Obviously a homage to the infamous show that also took place in Scranton, PA – The Office. Beats, bears, Battlestar Galactica was repeated as a bass drum kicked in with a riser and as the build to a drop began. As the drop came, GRiZ came out with an explosion of lights and the crowd went wild. iDA HAWK was a guest star during the set, coming out to sing her hit with GRiZ “Stop Trippin'” among others. One of the best sets at the festival.

Just down the hill you could find the final stage, The Office, yet another homage to the infamous Scranton, PA show. This is where some of the hottest underground artists played killer sets. Marvel Years, Wingtip, Kasbo, and many others graced the stage with their presence and played some of the most danceable, fun filled sets all weekend. This was by far the most intimate stage, giving the audience an up close and personal feel for every artist who played it. 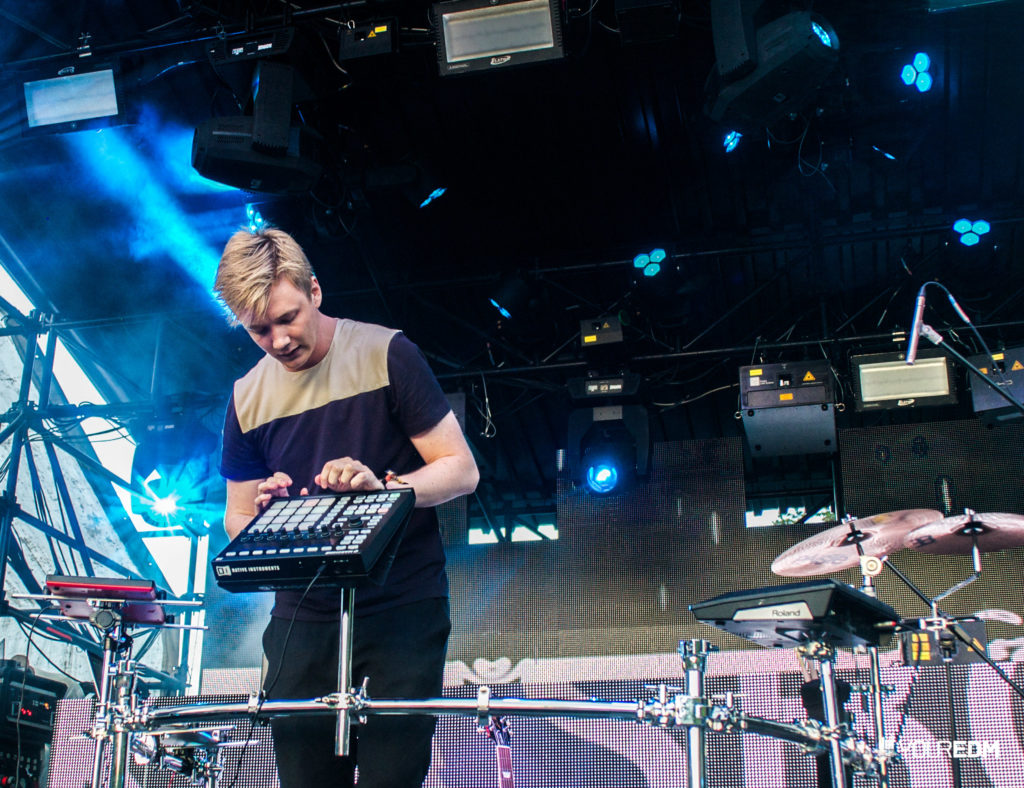 Overall, the weekend was jam packed with an amazing lineup each day. The food selection was good, our favorite food vendor serving up an original creation called The Jerry Role (names after Jerry Garcia). Other than the dreadful first night camping experience, the whole festival was great.