You can now add the mastermind behind festival banger “Thief” Ookay to the small-yet-growing list of DJs who have been hacked by ‘Quinn.’ This is the same guy who’s hacked Slushii and Carnage last week and runs with the Twitter handle @zg per Carnage.

Late last night, Ookay’s Twitter suddenly started to tweet frequently about ‘Q the god’ before retweeting a tweet from Quinn’s own zg account. While there’s been no activity since then – around 5:30am – we’re now seeing that Ookay’s SoundCloud has also been compromised. 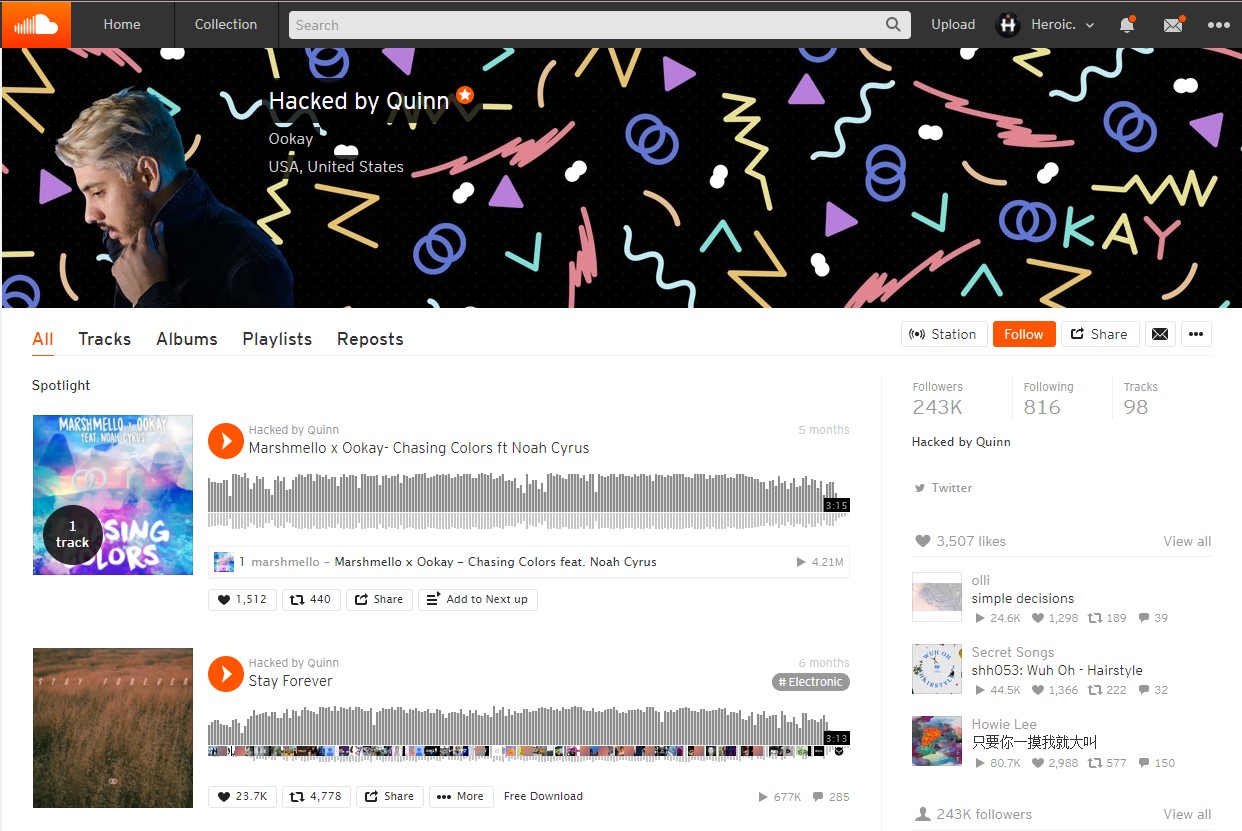 Not one to shy away, Quinn has changed Ookay’s SoundCloud bio and header to boast of his own success. Take a look for yourself here and stay tuned to see who gets hit next.