by Jeffrey Yau
in Events

With EDM’s flagship networking event Amsterdam Dance Event (ADE) only two months out now, many of the curated shows and parties that take place over the weekend are starting to reveal their lineups. YouTube powerhouse and driving force behind Lowly Palace, Trap Nation is positioning itself as a force to be reckoned with yet another big lineup following successful showcases at SXSW and an EDC Las Vegas Art Car.

Their newly announced lineup features many of the biggest trap names in the game and you’ll not want to miss out on this if you’re in Amsterdam. Headlined by NGHTMRE, Troyboi, Party Thieves, and Fabian Mazur, the Trap Nation showcase aptly dubbed Enter The Vortex will take place on the night of the 21st at De Balie. The four headliners will also be joined by Jordan Comolli, Steve Void, It’s Different, Arman Cekin, Trails, Mindsight plus special guests as well.

Check out the poster for more info and get tickets 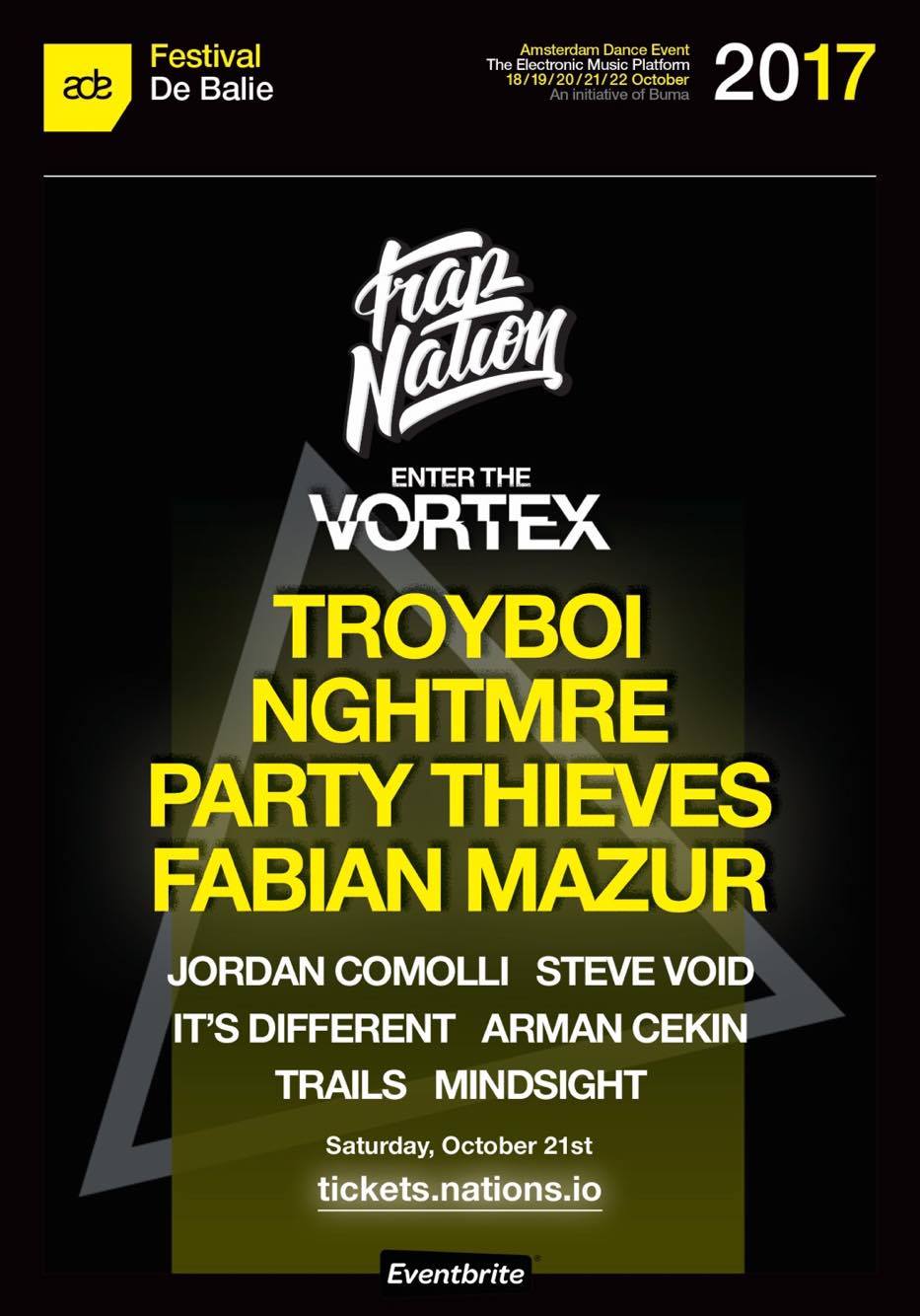