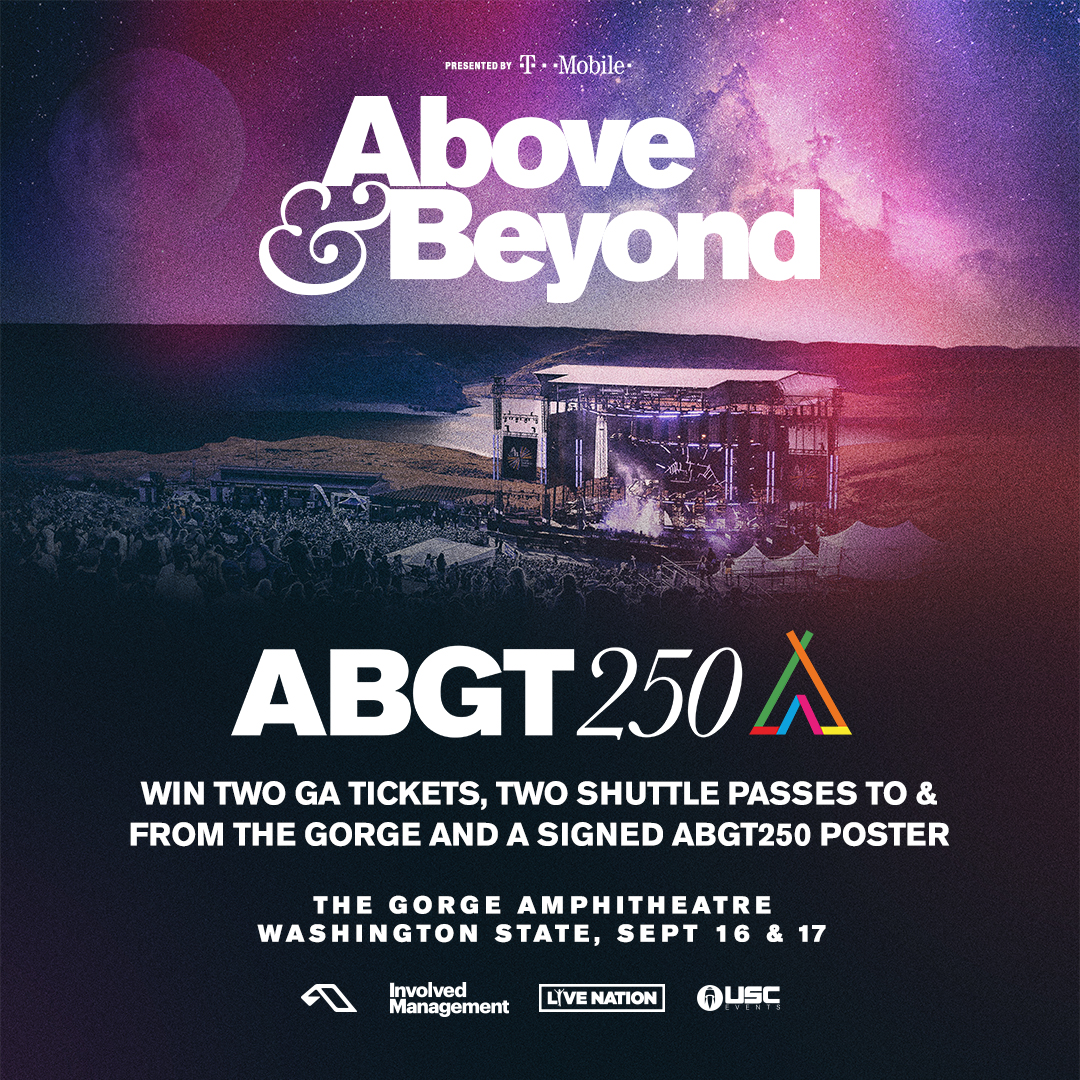 Win Tickets & Shuttle Passes To ABGT 250 At The Gorge Amphitheater

The monumental 250th edition of Above & Beyond’s Group Therapy radio show takes place in one of North America’s most beautiful venues: The Gorge Amphitheater, Washington State.

Reaching 250 shows is a major feat and Jono, Tony and Paavo will be celebrating in style over two days this September with 25,000 fans from around the globe. The boys are also bringing an A-list lineup of Anjunabeats and Anjunadeep all-stars including Seven Lions b2b Jason Ross, Genix & Sunny Lax, Yotto, Oliver Smith, Moon Boots and many more.

If you’re looking for the ultimate ABGT experience, we might have something for you. Teaming up with Above & Beyond and USC Events, we’re giving one lucky fan two passes to the event, two shuttle passes for travel to and from The Gorge, as well as a signed ABGT250 poster!

You can enter the contest via the ToneDen widget below, may the odds be ever in your favor!

Tickets are 90% sold out – to be sure you don’t miss the dance event of the year, purchase tickets to the show here.