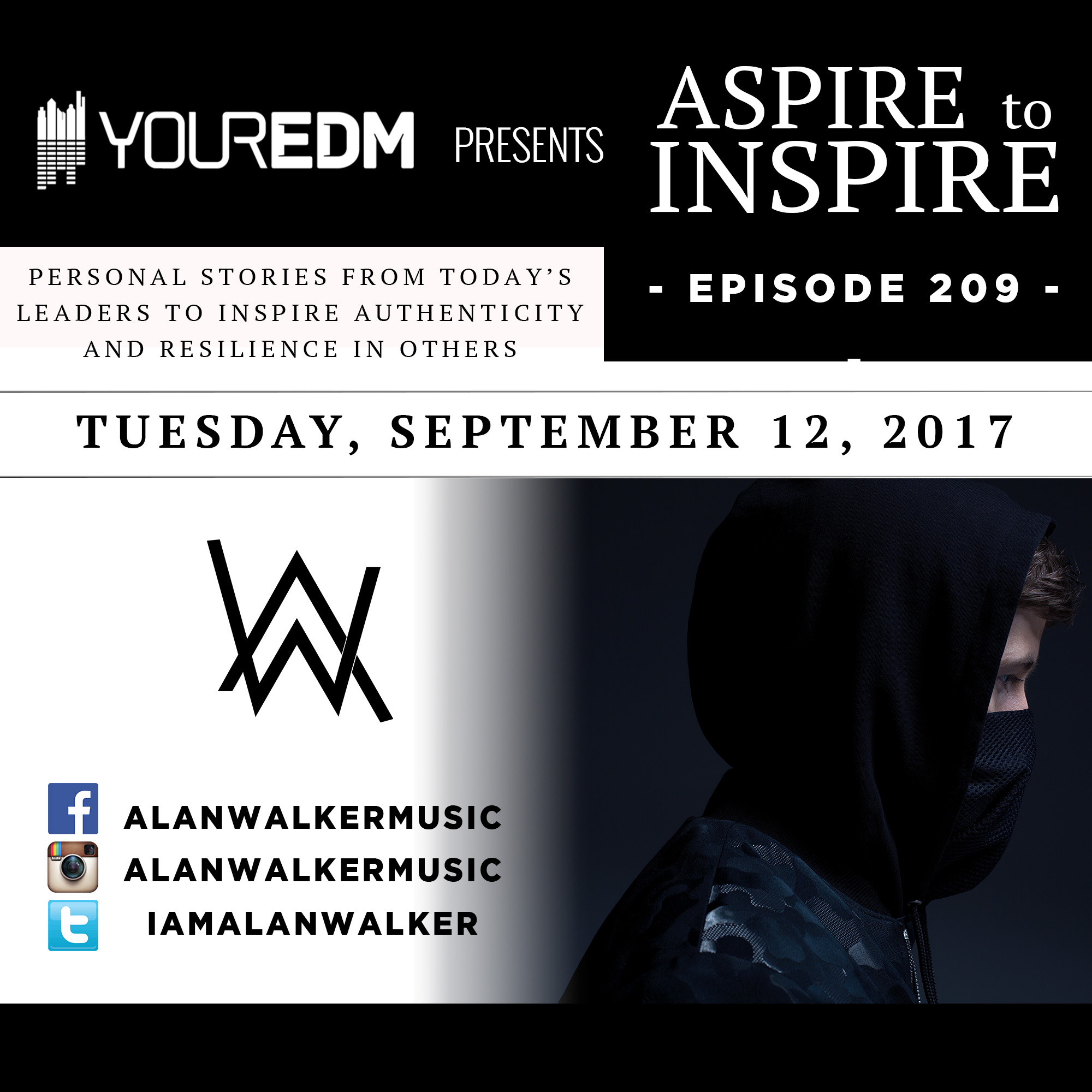 Life is one big unknown…none of us know where life is going to take us, who we’ll encounter along the way or what challenges we’ll endure. We sometimes see public figures that are so naturally charismatic, you would think they were born that way. However, most everyone has humble roots, and they never had any idea they would become world-renowned. For Norwegian producer/DJ, Alan Walker, he experienced the phenomena of overnight notoriety when his massive hit “Faded” exploded on the scene in 2015. Now he is headlining festivals all over the world. However, he remains humble, and he’s dedicated to using his platform to create a positive influence on individuals.

“As a child, I never had any specific dreams or goals of becoming an artist, or pursuing a career within music. I would say I was quite a regular kid. I was really fond of graphic design, programming, and technology in general. I even programmed mobile games when I was young. So that might have been something that I saw myself pursuing when I became an adult, but those interests also led to me getting introduced to music production, and I haven’t looked back since.

I definitely want to use my platform as an artist to spread a positive message to my audience. For instance, my team and I always try to develop a concept around my music videos that goes beyond just the music. The video for one of my previous singles ‘Alone’ was created around the slogan #YouAreNotAlone. It was important for me to convey a message with my music that encourages people and lets them know that they are not alone, and that they can find support during difficult times. That sense of unity is also the foundation in which my signature look with wearing a mask came from.”

It’s clear that Alan has a vision for his music and his image, and he adheres strictly to it. He faced two big challenges when he first broke through the scene. The first was a technical one and easier to fix; Alan’s true calling is as a producer, but he had to learn how to DJ within a short period of time. The other more existential conundrum – how to handle his newfound notoriety. There is no guide for that, and some artists handle it better than others. With the help of a great team and support from friends and family, Alan says he’s adjusting well and finding ways to spread positivity.

“When I suddenly gained a massive fan base that follows my every step on social media and elsewhere, it certainly makes me aware and mindful about the things that I communicate as a public figure. When it comes to stardom, it can obviously be a struggle at times because it’s a completely different and new reality than what I’m used to, but one thing that is very helpful is my support network. I have great friends and family around me, as well as a supportive team. They all made sure that I was well prepared to adjust to my new life.”

Alan says he was also incredibly shy as a child, and never wanted to get up in front of his class. How on earth would he get up on stage in front of tens of thousands of screaming fans at a festival? He got over it very quickly. Whether it’s fear or some other inhibition, people often let that hold them back, and the world might be missing out on something extraordinary. For Alan, once he overcame his fear, he found something he loves; now he can’t wait to go on stage and share his music and his unifying message.

“I remember my time in school as a child. I always had a fear of being in front of the class, having to do presentations, or just being the center of attention in general. I was very shy and always tried to steer away from those situations. It was something that stuck with me for quite some time during my upbringing…as a young person with lots of insecurities, it can really be a difficult thing to cope with…so the aspect of live performance was definitely a challenge for me. But after the first few shows, I felt more comfortable, and the fear subsided. Now, I can’t wait to go on stage and feel the energy from the crowd, it’s a feeling that’s difficult to match.”

Over the past couple of years Alan Walker has become one of Norway’s top exports. He has skyrocketed to fame and like all public figures, he is just a regular person, fortunate enough to be in a position to make a difference, but just seeking a normal and meaningful life. Alan knows the power music can have on healing people – getting them through rough times, inspiring them, and making them better people. He’s experienced it firsthand. For Alan, one song can’t change the world, but it’s a start.

“One of my main inspirations in life is certainly music, and the effect it can have on people and the world in general. No matter the situation you’re in – whether good or bad – music can play a huge role in people’s lives.

And that is the impact that I wish to have as a result of my career and the music I make. It’s special to experience my music having an effect on people in different situations. Whether they are at a festival together with thousands of others, or at home all alone and going through a hard time. If my music can play a therapeutic role in someone’s challenges and struggles in life, then that is something I hold in high regard.

I feel like there is a lot of separation between people today. It might be for different reasons: religion, ethnicity, class, wealth, and sexual orientation. But the fact of the matter is that we are all equal, and we stand stronger when united. So I hope that my music can play a small portion in getting that message across to whoever listens to it. I’m well aware of the fact that I can’t change the world on my own. But it definitely has to start somewhere, and I would like to at least do my part…and make a difference in my own community.”