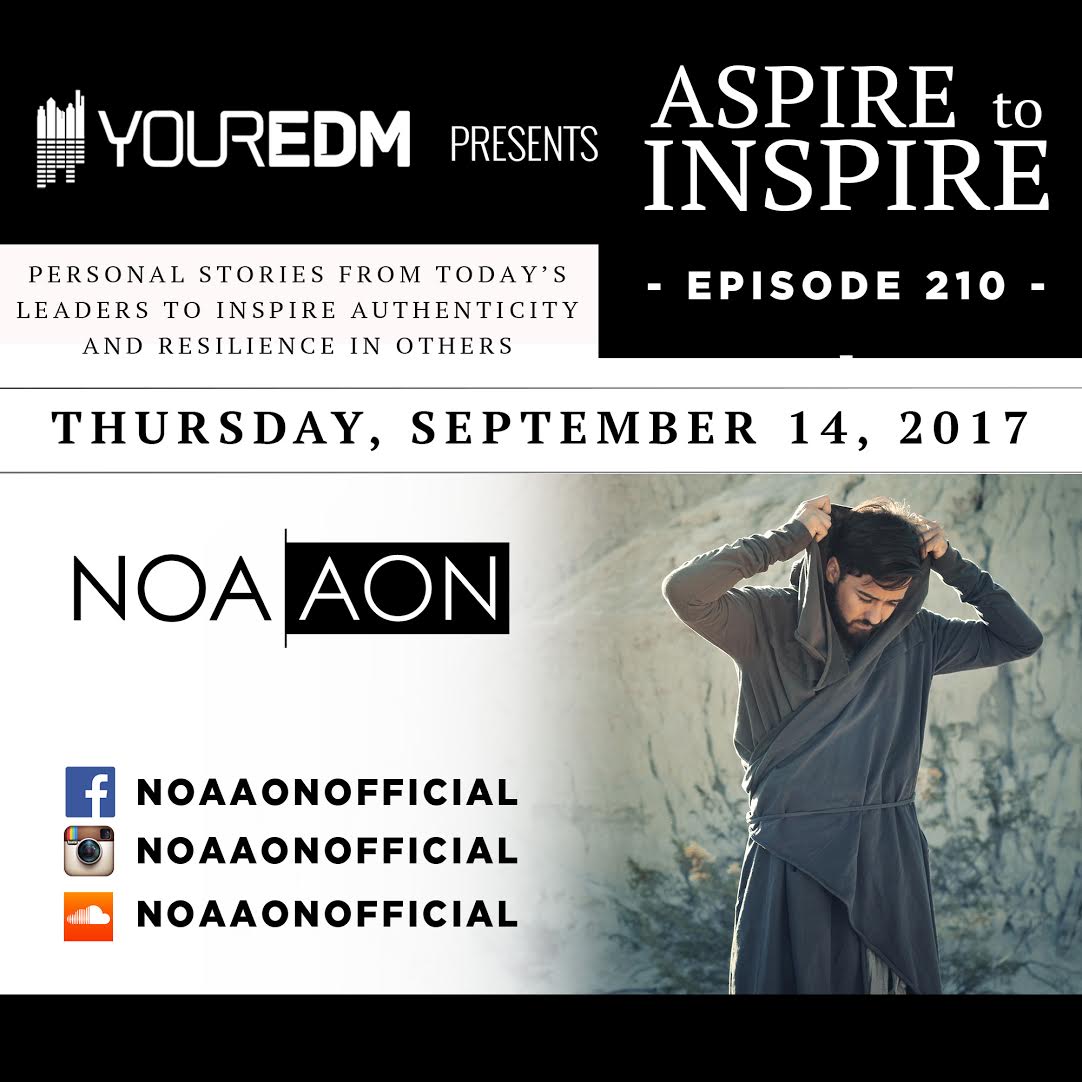 From the time we are little kids, society drops hint after hint that if we make the right choices, do well in school, and keep a level head on our shoulders, everything should turn out alright. If we do so, the path ahead will hopefully consist of an education, a job, and a comfortable life. However, that is rarely the case—for a multitude of reasons. Education can be expensive, jobs aren’t always available, and most of all it doesn’t always guarantee happiness. Book after book and movie after movie, we have seen the story with the character who has grown tired of his day-to-day, and risks it all to follow his passion. Sometimes it works out and sometimes it doesn’t, but the point is to always follow your heart and your life will reap the positivity in the process.

The same can be said for Pavel Stuchlik, better known under his artist persona as NOA | AON. In addition to his budding music career, Pavel was formerly a professional cyclist (competing alongside the likes of Lance Armstrong), and he is the co-founder of OrangeTheory Fitness, and co-owns a private jet company. Even from a young age, Pavel’s dreams stretched far beyond the means of his humble beginnings. He always had aspirations of being in the spotlight whether it was for acting, professional sports, or just finding a way to make the world a bit happier of a place.

As Pavel came to the United States in his teens as a foreign exchange student, he began to find his footing and learn how to build a life for himself.

“It was an amazing experience and also a cultural shock. I lived in the middle of the country on a farm, if you can believe it. I was like, “Is this any different from being a redneck Czech?” [Laughs] But it made me a better person. That experience taught me how to be self-sufficient and also how to understand English. It also humbled me, coming from the very poor Czech Republic compared to being in the U.S. and having all the amazing things in the world.”

If Pavel had the opportunity to talk to his younger self before he grew up and took his first steps in the professional world, there are a few things that he would definitely point out.

“I would tell my younger self:
1. Stay focused on fewer things at a time. I overloaded myself several times.
2. Work with an operating partner or have more partners that are actively involved in providing more value than just financial backing.
3. Focus on the highest good of all – serving others, not self-interest.”

As he progressed through his professional career with a hand in many different business ventures, the one thing that always kept him searching for more was what Pavel refers to as “purpose.” His professional life started to become less about how fast something could be created and built up in a certain amount of time, and much more about how he could reach out to people and positively affect their lives in the process.

At the height of his prominent cycling career, Pavel suddenly found himself facing a health crisis that required him to take a step back from the race course. There may be some truth to the saying “everything happens for a reason,” since Pavel’s business ventures soon reaped the benefits of his newfound time and attention— eventually leading him to where he is in music today.

“I’ve had several opportunities for growth during all the different ventures. Biggest one was health-related during my cycling career that really made me have to stop, but that also led me to a huge business career that brought me back to music. My most difficult time was probably during the age of 18 when I was in El Paso almost killing myself because every race I entered, I lost. It was because of how imbalanced I was. At that time, I contracted the Epstein-Barr virus and also swine flu, which, with all my fitness exposure, led to chronic fatigue and strep throat. The hardest part came when, during the same time, I had to leave the U.S. because of complications regarding my visa stemming from having financial and business interests in the U.S. during my professional cycling career. I ended up taking a vacation in Thailand. While there, I was contacted by my biggest cycling contact and moved to Holland. Being in Holland kept me around a good musical influence, which led me to where I am today.”

There was an experience Pavel had in Thailand, however, that altered the future for him in a very big way. He had embarked on a retreat of sorts that lead to a great deal of self-reflection and meditation.

“When I went and spent ten days in a dark cave in the middle of Thailand with no food, no talking/communicating, and no light, that’s when the real messages came to me. It’s to help awaken people through the positive energy music can offer.”

As he decided to delve back into his love for music, Pavel truly began to find his sense of purpose and felt like he was following the right path. The idea of making people feel something and enjoy the moment for what it is…is transformative. There is something about movement, whether generated by dancing to music or sport-related that unites people momentarily. Pavel lives for that moment and it inspires him to chase after the next one as soon as it passes.

“It’s a moment when we feel united. Our true tribal nature is to connect, but we have been living in fear and guilt as a society for so long. It’s to recreate a new, best version of oneself. That’s where the inspiration for the song, “United” came from. There is something known as the Wim Hof Method, which, when combined with a unifying group experience involving music and dance can turn life into a party. The effects that people feel and the smiles I see afterwards are amazing.”

With a lengthy list of achievements and experiences that follow him wherever he goes, Pavel still has a few goals in mind that keep him pushing from one thing to the next.

“I want to be a game changer in this world. I have three main ambitions:
1. Be the best version of myself for my own family tribe, my two beautiful kids and my wife.
2. Create modern healing music.
3. Bring people back together as one through a variety of experiences and workshops.”

While this may seem easier said than done since life tends to have a funny way of disrupting our plans, Pavel has an ironclad mindset that is virtually unshakeable.

“I want to stay focused on what I like to call the, “Be. Do. Have.” paradigm. Life functions within that paradigm. Most people have this backwards, imagining that first one must “have” things in order to “do” things, and finally to “be” what they wish to be. Reversing this process is the fastest way to experience mastery in living.”

If we were all to take a page from Pavel’s book of life lessons, this world could be a much happier self-driven place. Until we get there, let’s at least take the time to bask in the moment together.