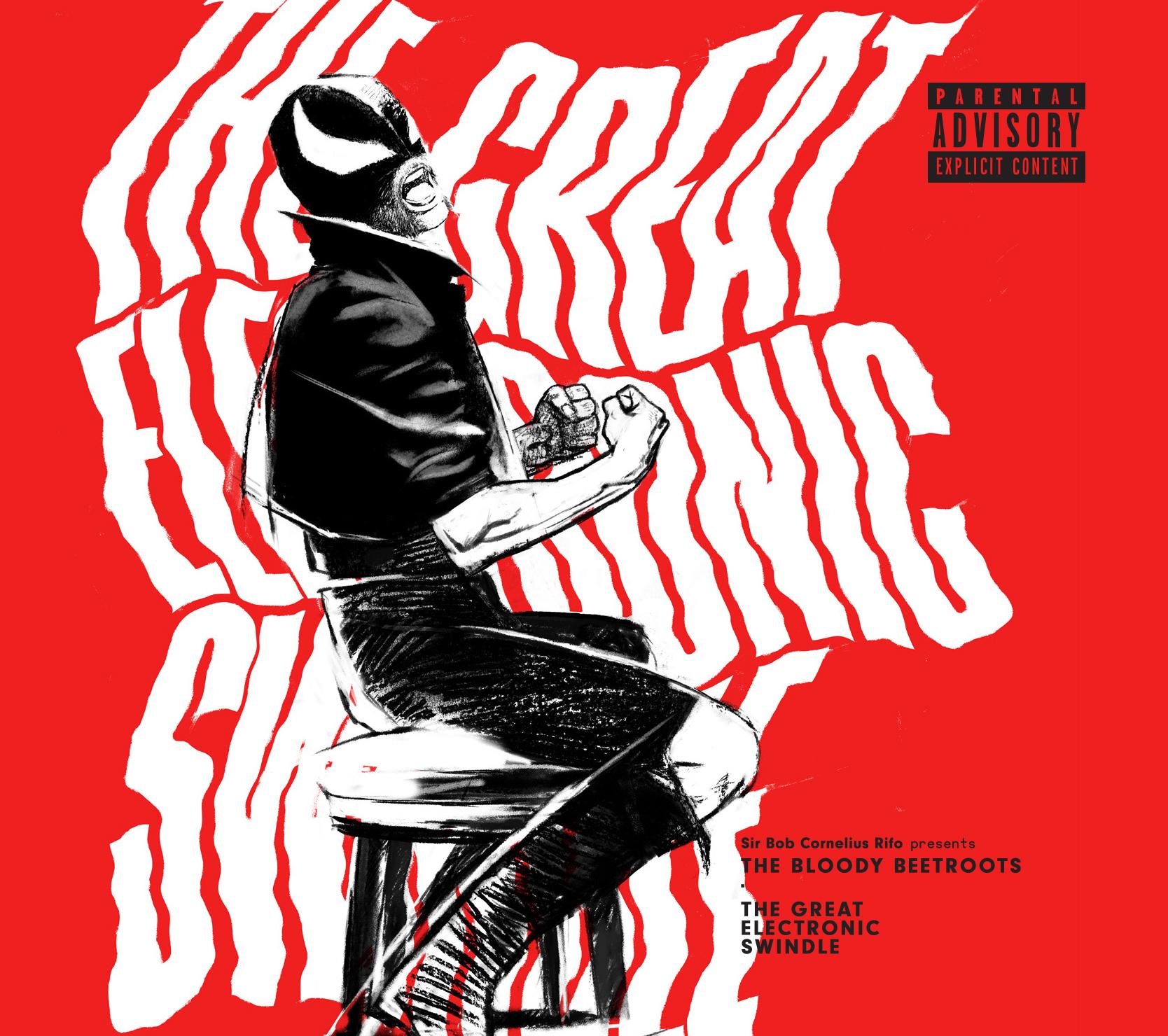 The Bloody Beetroots (Sir Bob Cornelius Rifo) doesn’t just want to entertain audiences; he strives to engage and challenge them, emotionally and intellectually, to share stories with them. Changes in his personal life and the world in general have inspired him to speak with increasing openness and listen attentively to the words and ideas of others as well. Language, in all its gravity and fluidity, plays a pivotal role on his brand new album The Great Electronic Swindle due out October 20 on Last Gang Records. Pre-order the album now and also receive four album tracks: the two versions of “My Name Is Thunder,” plus “Saint Bass City Rockers” and “Pirates Punks & Politics” – https://TheBloodyBeetroots.lnk.to/TGES.

The artistic evolution of The Bloody Beetroots has enabled one of electronic music’s most engaging producers and songwriters to work more closely with a diverse array of artists. Today, September 12, The Bloody Beetroots has revealed the new album single “Pirates, Punks & Politics” featuring Perry Farrell, the legendary frontman for rock group Jane’s Addiction. For the song which premiered via the U.K.’s BBC Radio 1 Dan Carter show, Rifo chose to feature Farrell and reunited him with superstar drummer Tommy Lee to write and record this timely, politically charged musical manifesto. Listen here:

Other collaborations on the album come from deep within the rock world such as Gallows, Anders Friden of In Flames, Deap Vally and JET who banded together for their first recording in seven years with the double single “My Name Is Thunder.” There are also appearances from Greta Svabo Bach, known for her angelic vocals, pop’s Eric Nally (Foxy Shazam) and Mr. Talkbox, plus Rival Sons’ Jay Buchanan who takes a twist with the ballad “Nothing But Love.” Also included on the 17-song collection are three The Bloody Beetroots instrumentals “The Day Of The Locust,” “10,000 Prophets” and “Saint Bass City Rockers.” The full track list can be found here.

“The title is a tribute to the Sex Pistols and the film ‘The Great Rock and Roll Swindle’ directed by Julian Temple. It was a sign of the end of an era. The end of Punk. I want to reclaim that for electronic music because the business squeezed the genre so much that they delivered the end of electronic music itself. We are living in a great electronic swindle. People don’t even realize who is the artist, the producer and who deserves to be called an artist in this genre. There is much great music out there but it is completely covered by trash. You just have to dig. There’s so much shit around.

“Dance music has been recognized as cheerful, joyful but there is so much more than that. The way we’re dealing with this album… with the cover, etc, is trying to add substance to it. Dance music used the beat to draw people in. We use the ‘four on the floor’ kick in a similar way to bring people in and then expose to something with more substance. Similarly, the mask is a catalyst. To bring people in. Now there are many masks out there trying to do the same thing.

In support of The Great Electronic Swindle, The Bloody Beetroots will set off on his “My Name Is Thunder” live tour. Kicking off October 27 in San Diego, CA, the 10-date tour will hit many U.S. major markets and dip into Canada. Fans in San Francisco, Los Angeles, Salt Lake City, Denver, Minneapolis, Chicago, Detroit, Toronto and New York will experience The Bloody Beetroots band for its first live shows in North America in over three years. Tickets available via local venues.