Mija has teamed up with early 2000s cult footwear brand, Heelys, for a limited edition shoe collab, available now via her Made By Mija store. The collab was fully designed by Mija as a hybrid style of old school hi-top skate shoes and early 2000s underground rave culture. She cites her early high school years of throwing and attending underground raves in Phoenix, AZ as the primary influence for this design. 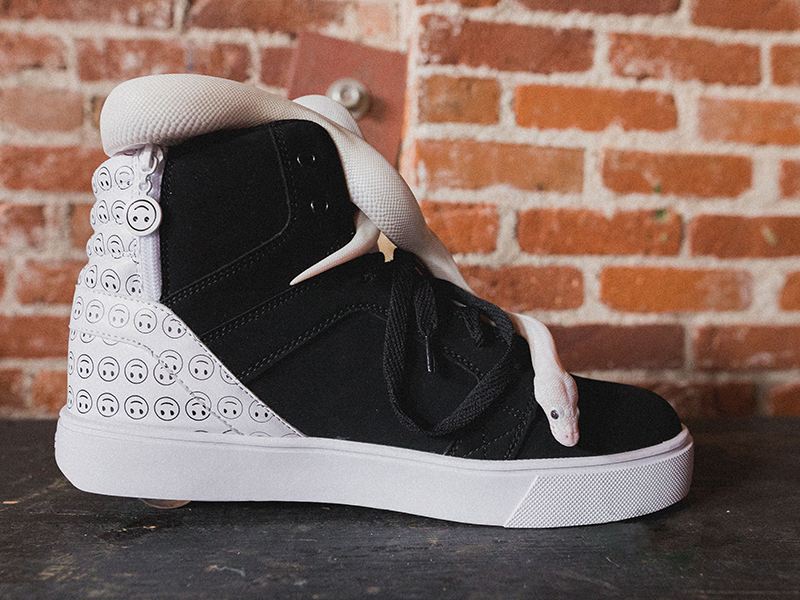 Following an organic exchange on Twitter between Heelys & Mija in October of 2016, Mija offered to design a new run of shoes at no design cost to the company. After a year of tweaks and fabrication, the shoes are now available to the public. Mija launched her own DIY and self-designed clothing company, Made By Mija, in September of 2016, releasing original designs and cut & sew patterns. This footwear collab marks her first foray into footwear.

The shoes are available now.