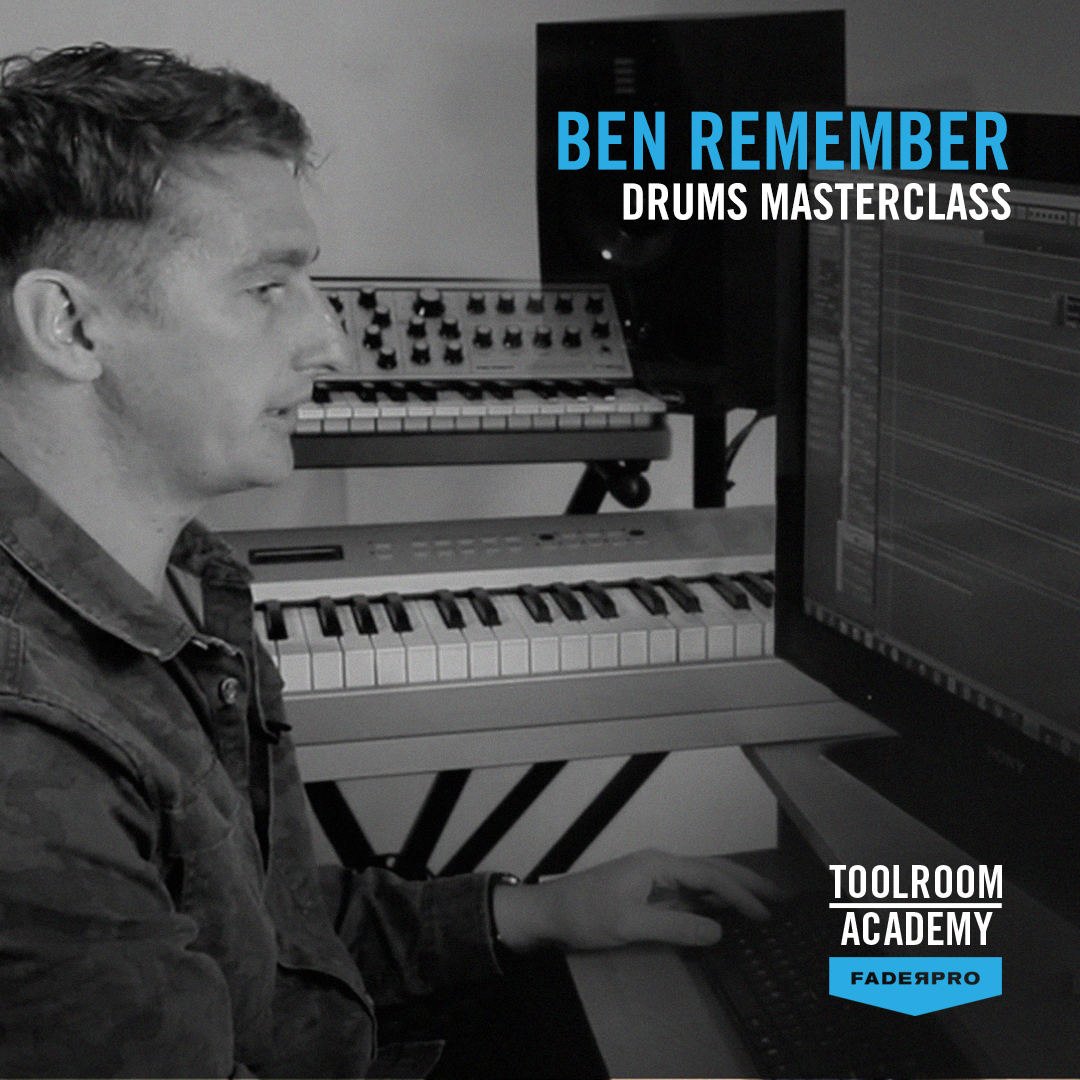 If you’re interested at all in the creation of music, or even crafty techniques to make your music stand out, this one is for you. The Toolroom Academy is a staple tool for any artist who takes what they do seriously. The mighty tech house label from the UK has build quite the network for DJ’s, producers, engineers, and any those simply curious to learn from the best in the game on how to be the greatest at their craft. There’s a wealth of tutorials, headed by legends like Mark Knight, Umek, Harry Romero, D.Ramirez, and the latest being Ben Remember, who just lead a course discussing how he creates such infectious drum grooves that has pioneered his unique, highly successful sound.

What’s unique about this course is that it’s the first one to purely focus on drums and percussion, and response has been fantastic. CEO Mark Knight stated, “The reason we actually asked Ben to do this course was due to the amount of questions and comments we got from our fans about Ben’s productions, particularly his drum sound.  We’ve always held up Ben as a bit of an example to the producer community, in the sense he’s a guy who spent years learning and perfecting his craft, getting quite a few rejections on the way – but then he really found his own niche and his own sound. He went from releasing album exclusives with us – right the way to being a fully-signed roster artist – so his journey shows what can happen if you really dedicate yourself in the studio.”

What’s great about the Toolroom Academy is that their work doesn’t just stop at creating tutorials for creatives, but they also take this on the road to teach it live…and guess what, there many more dates in the works! Knight stated, “The Academy ‘live’ events are quite special, so far we’ve done them in Tokyo, Amsterdam, Dubai, Brighton, Malta and Toronto. We’re actually planning a bit of a world tour for this next year – watch this space!”

I got to ask Knight something that has been on my mind since hearing about the Academy a while back. I was curious to see if there’s one thing in particular he hopes to accomplish that hasn’t been quite accomplished yet:

“If you’d asked me this a few months back, I would have said finding a new artist for the roster. However we’ve recently done this – we met Wheats at one of our live Academy events, heard his demo that he sent in, and we kept in touch. We’ve recently signed him to the firm and we’re expecting big things.  But one thing we’d love to do with the Academy is to take the live experience around the States, particularly colleges. We really want to educate young producers to  to make the kind of music we love, and have real artists from Toolroom involved. To do this – and not just focus on the big cities – would be a great way to help celebrate the label’s 15th birthday next year.”

Perhaps the most important piece the Toolroom Academy is providing for all who live to create is the fascination and deliberation to never stop learning. To stay hungry. To keep people in your life who are better that you, whether that is through a tutorial or a personal relationship. Whether you’re learning about how to be a beast creating drum grooves with Ben Remember or simply curious about other facets of production and DJing, these resources are for you. Enjoy!