For the 20th year of the awards ceremonies, dozens of DJs were nominated in a variety of categories including Bass, Big Room House, Domntempo & Eclectic, Breakthrough, Newcomer, and more. Some of the nominees in these categories didn’t make very much sense, like Flume, Galantis, Kygo, and Marshmello being nominated in the Big Room House category… seriously?

But in the end, Hardwell took home the award in that category, beating out other more rational opponents like Blasterjaxx, Dimitri Vegas & Like Mike, and David Guetta. This is his second year in a row winning this award.

Congratulations, Hardwell! See the full list of winners below.

I won the International DJ and Big Room House awards at @thedjawards!!! Thank you for voting 🙏 🎉 pic.twitter.com/Ncyh8w167e 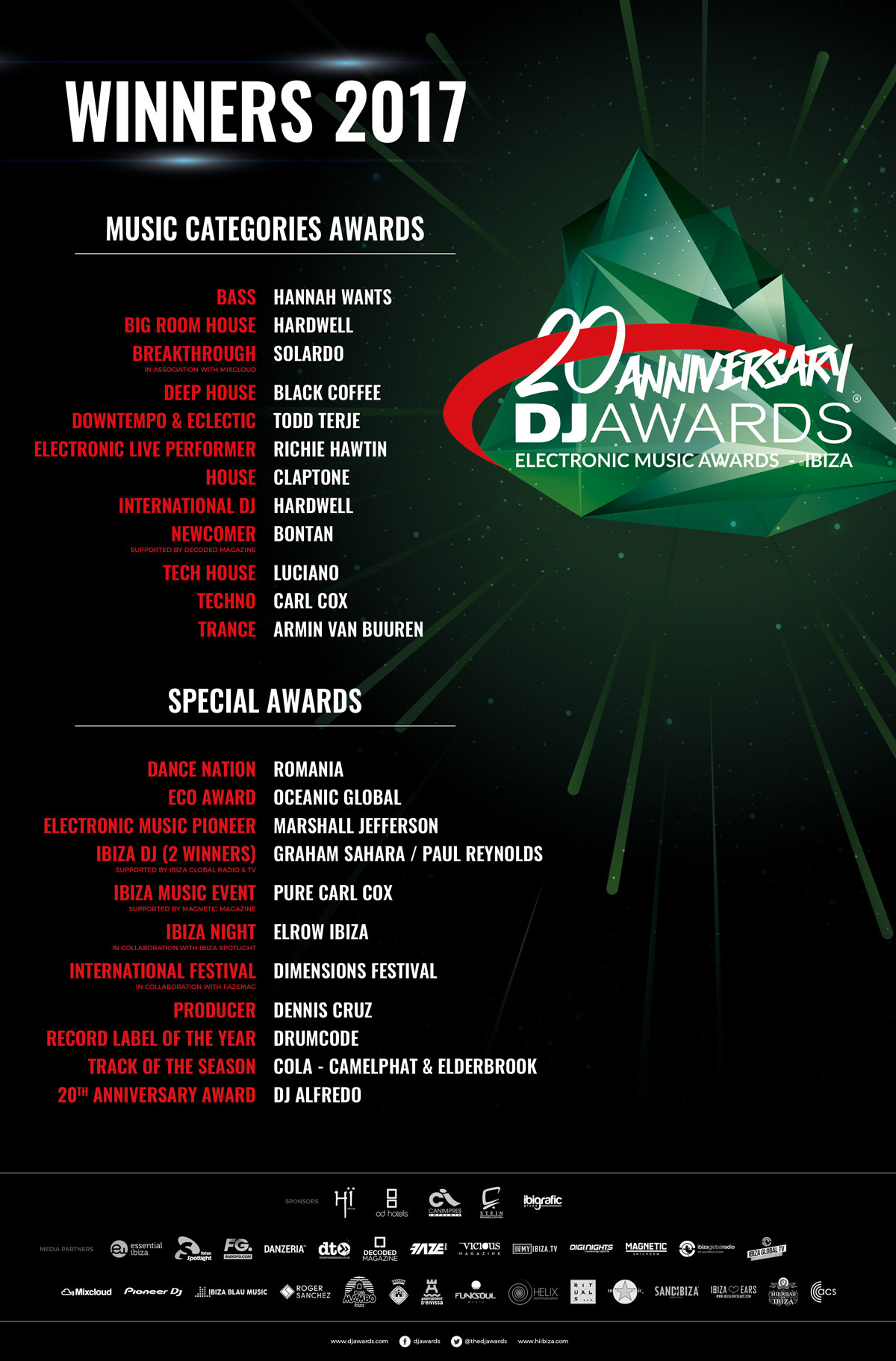 Spotify Valuation Jumps To $16 Billion Ahead of IPO

deadmau5 is Working On A New Album, And There’s No Telling What It Will Sound Like

deadmau5 is Working On A New Album, And There's No Telling What It Will Sound Like